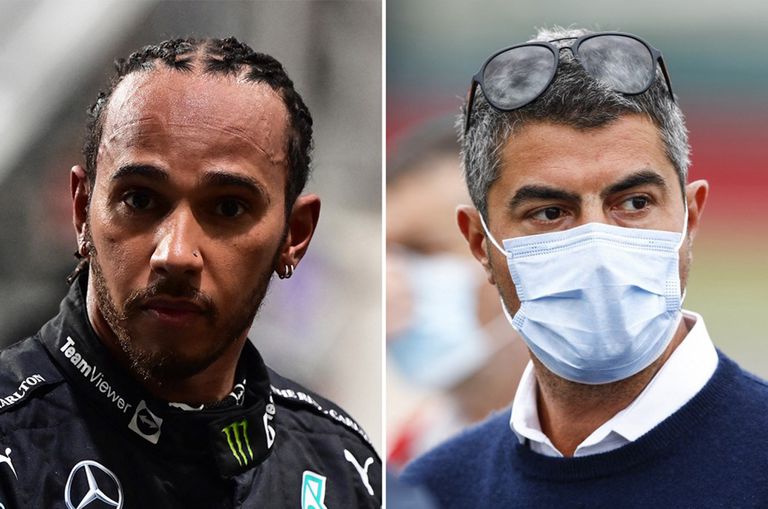 Lewis Hamilton remains silent, but they would give him a treat: Michael Masi could lose the position of Formula 1 race director


Nothing was the same in Formula 1 after the incredible definition of the world championship in the last lap of last season’s final competition in Yas Marina. They still make more noise than the roar of the engines of the cars in the category the silence of Englishman Lewis Hamilton Y the versions that question the continuity of the Australian Michael Masi, the FIA ​​race director since 2019. Everything has been involved in an infinite controversy and under investigation since the Dutchman Max Verstappen surpassed the British after relaunching the Abu Dhabi Grand Prix and kept the title. Now, they say, Masi is not so untouchable.

His position is under review, although it remains to be seen if it is to calm Lewis and Mercedes, his team, due to threats of not returning to the track, or if F1 concretizes the idea of ​​decentralizing power. In light of the outcome, the determination that the drivers who were with less laps between the leader Hamilton and Verstappen, who defined the contest, went to the safety car after Nicholas Latifi’s accident fell badly on the German team. It was then that the Red Bull took the opportunity to go to the pits and put on a fresher set of tires, which served to throw more fury on the pointer and twist history a handful of kilometers from the finish line.

Now the FIA, which will not speed up the review process, admits that Masi’s job could be under threat. Motorsport, after one of the top officials of the highest body, Peter Bayer, admitted that the substitution of the Australian could be possible. It’s more, the option of having more than one race director is being considered and even rotating them during the season.

Bayer had held the post of FIA general secretary for sport since 2017 and in December took over the role of chief executive of the single-seater department, so he is closely linked to what happened. That’s why each of his words has a magnifying glass on it. “Masi did a great job and we have told him so, but also there is a possibility that there will be a new race director. I can only make suggestions to the World Council, and I’m sure they will evaluate it.” commented.

Masi never spoke to the media after Yas Marina’s race and was the target of criticism from Mercedes, who hinted at the need for his departure to ensure continuity in the category. Criticisms are common currency. “When you work at the FIA, you have to be aware that you work for the sports police. It’s rare that you get sympathy, like in real life. What has become unbearable is the reactions on social media, they will stop at nothing, as seen with the death threats against Latifi,” added Peter, half-supporting the race director: “Michael doesn’t take social media into account, but hostility from other avenues affected him greatly. I will assure him of the support of the Federation in our discussions, and let him know that we want to continue working with him, but we have to deal with the issue.

In some informal meetings the possibility of providing additional remote help for those responsible for race control was raised, in a similar way to the teams, who have help from their engineers from the factory for a better strategy. And in the middle of the cold war between the FIA ​​and Mercedes, The soap opera doesn’t seem like it’s going to change destiny. “If Mercedes had upheld their appeal, the result of the race might have changed, but not the World Championship, because Verstappen was already ahead in the championship before Abu Dhabi. He made that decision (to allow transfers) that the Stewards would not agree with and we could annul the result of the race, but even if it was annulled, Max would be the champion.”