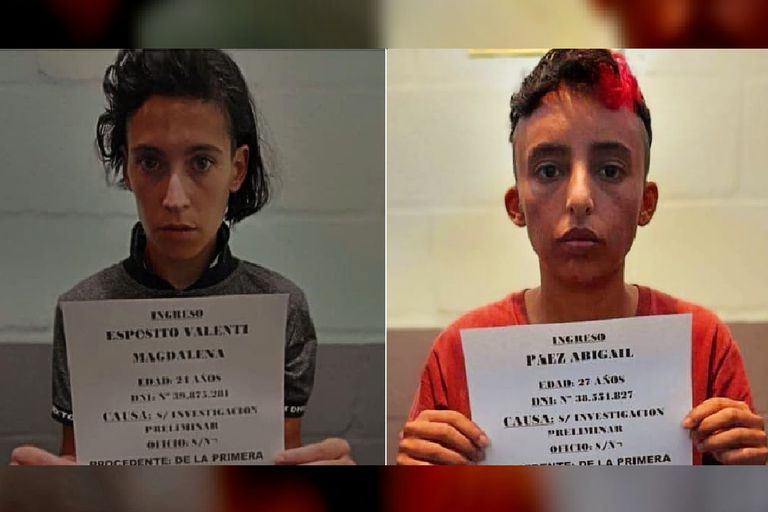 
Ramon Dupuy, the child’s grandfather Lucius Dupuy, who on November 26 was beaten to death in Santa Rosa, La Pampa, by his mother, Magdalena Esposito Valenti, and your partner, Abigail Paez; publicly expressed his discomfort at the conditions in which the accused are in San Luis Penitentiary Complex 1: “They are on vacation”.

“They are not prisoners. They are together, well protected, away from the other detainees there are. They listen to music, have fun and drink mate, they are not imprisoned as they should be”, argued in dialogue with TN.

The man also said that they asked the judge Daniel Ralli that the women stay in separate prison without contact between them to prevent them from drawing up a defense strategy, but the request was denied: “It does not matter that they are together because they are going to pay the same. Arming they cannot arm anything, the facts are on the table because my grandson was killed between the two of them. There are all the tests and nothing more can be done”.

And I add: “They didn’t promise me that they weren’t going to put them together. When the news broke here in Santa Rosa that they wanted to kill them, they were taken out here at 4 o’clock and taken to the San Luis penitentiary together and they were housed together.”

“They listen to music, have fun and drink mate, they are not imprisoned as they should be”

Finally, he reiterated that he did not know what Espósito Valenti and Páez were doing with Lucio because, otherwise, he would have acted: “I live 140 kilometers from where they took my grandson and I can assure you that, even if it had cost me, I was walking to look for him if I had found out what was going on. Everybody asks if we didn’t know or didn’t see it, and we didn’t know or didn’t see it. We never thought that they would do such an aberration with our grandson”.

Lucio was beaten to death on November 26, 2021 and his mother, Magdalena Espósito Valenti, and her partner, Abigail Páez, were arrested for the act; 24 and 27 years old respectively.

After his death, it was determined that the boy had been treated at least five times in a period of three months for polytrauma in different health centers in La Pampa, although there were no complaints from any professional in this regard or from the authorities of the kindergarten he attended.

Valenti and Páez were detained at the 6th police station in Santa Rosa. However, after an attack on the unit, Justice decided to transfer them to San Luis Penitentiary Complex 1. Both remain in preventive detention while the prosecutor veronica ferrero develops the investigation and they will arrive at the trial in that condition.

Lucio’s mother is accused of homicide qualified by the bond, for which the only sentence of life imprisonment is foreseen. Your partner, meanwhile, simple homicide, a crime with a punitive scale of 8 to 25 years in prison.