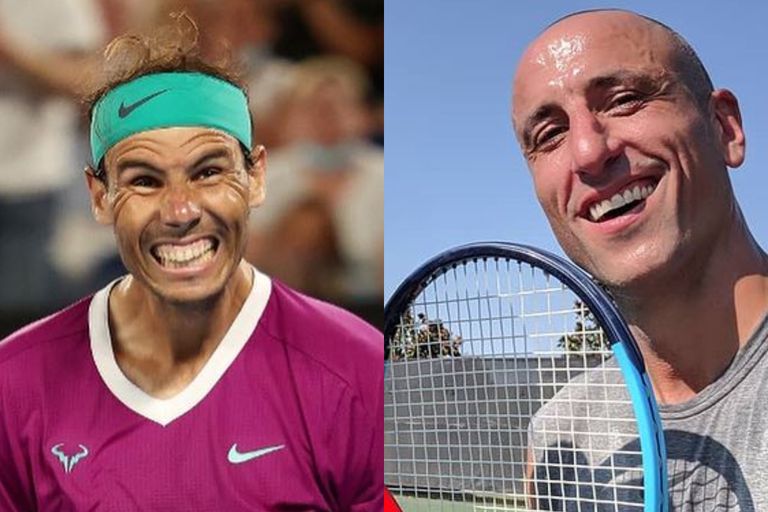 Manu Ginóbili’s heartfelt message to Rafael Nadal after his epic victory at the Australian Open: “A beast”


Away from the vertigo and adrenaline of the NBA, Manu Ginobili is experiencing a new stage in his life. At present, he enjoys his family and the practice of non-professional sports. This Sunday, the Bahian He was quite active on social media during the game of Rafael Nadal at Australian Open. and after the victory of the Spanish against the Russian Daniil Medvedev, wrote a euphoric message on Twitter.

In his role as a spectator, the former San Antonio Spurs never ceases to amaze with some great performances and doesn’t shy away from praise either. No matter the shirt or the sport that is developed, the athlete expresses his admiration and applauds those who deserve it. In this way, Manuel shared a message on his Twitter account in which praised Nadal while the game was in progress. “What a phenomenon Rafa please! Incredible. A beast!” he wrote anxiously and expectantly an hour before the match ended.

After several hours of play, in a match full of nerves and expectations, finally the Spanish beat Medvedev 2-6, 6-7, 6-4, 6-4 and 7-5. Before the incredible feat, the former basketball player wrote: “5:24 hours of play. I ended up exhausted just looking.”

In this way, Manu showed his admiration for Nadal, who with his title number 21 he became the winningest tennis player in history overcoming the Novak Djokovic Y Roger Federer, which tie with a total of 20 titles. Also, at the age of 35, Rafa was listed as the fourth oldest player to win a Grand Slam title.

During the hours that the game lasted, the tennis player did not decline at any time despite the Russian’s unwavering game, who came from beating Stefanos Tsitsipas Y who was contesting his second final at Melbourne Park. Let’s remember that the scenario for Rafael was not the easiest, since he was away from the courts for almost six months.

Last September, the former world number 1, and current number 5, had to use crutches to walk after undergoing treatment for the Müller-Weiss syndrome that suffers several years. It is a degenerative illness which causes a deformation of one of the bones located in the central part of the foot, which was detected for the first time in 2005 and which was corrected, in the short term, with the use of special templates that allowed him to lead his life and sport normally.

Also, shortly after recovering, in December 2021 he contracted Covid-19 and his presence at the Australian Open was in doubt. This is how the athlete announced it on his social networks, after returning to the tracks to play an exhibition in Abu Dhabi: “Hello everyone. I wanted to announce that on my return home after playing the tournament in Abu Dhabi, I tested positive for COVID in the PCR test that I did when I arrived in Spain. I’m going through some unpleasant moments but I hope to improve little by little”.

He added: “I am now confined at home and have reported the result to people who have been in contact with me. As a consequence of the situation I have to have total flexibility with my calendar and I will analyze my options depending on my evolution. I will keep you informed of any decisions regarding my future tournaments. Thank you all in advance for your support and understanding.”

Gone are these hard moments after the winner was consecrated. After his victory, other athletes and government officials left emotional words of congratulations through their social networks. In this scenario, the President of the Spanish Government, Pedro Sanchez Castejon, celebrated the victory on his Twitter account and expressed: “You’re the greatest”, at the bottom of a video of the moment Nadal won the last set.

While, the Spanish Royal House expressed pride that they felt for the tennis player and wrote on the same social network: “Rafa, we are running out of qualifiers. There are no obstacles for those who have no limits. The best tennis in the world, you represent it”. The official account had already sent a message of support for Rafa during the first hour of the morning, just before the final. “Come on Rafa! Come on Rafa! Let’s go!!!”, they placed in another message.

On the other hand, his competitor and professional tennis player Novak Djokovic, who was left out of the Australian Open after being deported for being vaccinated against Covid, celebrated on his social networks: “Congratulations to Rafael Nadal for his 21st GS. Incredible achievement. The fighting spirit that prevailed at all times was impressive. Congratulations”.

He also addressed Medvedev, whom he also mentioned in the tweet: “Medvedev gave his all and played with the passion and determination that we expect of the”. The publication was accompanied by a photograph in which the athletes are seen receiving their respective awards on top of the podium.

After freeing himself from the hard process he went through before his acclaimed triumph, the tennis player expressed a few words to the press in the midst of his deep emotion: “This is one of the most exciting moments of my career and it will remain in my heart for a long time”Nadal said. Undoubtedly, this is a great achievement in his career, which also consecrated him as an example of effort and dedication among world athletes.