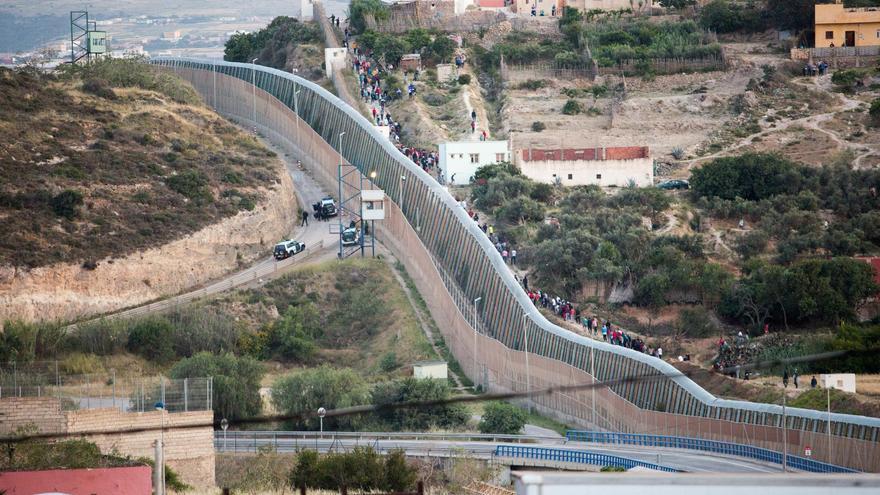 Morocco adds Ceuta and Melilla to the pressure for Western Sahara


Morocco does not seem to be willing to loosen his grip on the Spanish Government despite the fact that even King Felipe VI has tried to calm things down and bring positions closer together. Rabat not only demands “more clarity” from Spain regarding its position on Western Sahara, but now seems willing to also include Ceuta and Melilla in the pulse.

The words of the King on January 17, encouraging the two countries to walk “together” to materialize a new relationship, in line with the desire expressed by Mohamed VI last August for a new relationship based on trust and mutual respect, they did not have the welcome that was surely expected both in Zarzuela and in Moncloa.

The Moroccan Prime Minister, Aziz Ajanouch, elaborated on the message launched by Mohamed VI in November on the occasion of the 46th anniversary of the Green March, when warned that there was no room for “vague or ambivalent positions” regarding Western Sahara by those countries that wanted to relate to the kingdom.

And in case it was not clear, the government spokesman, Mustapha Baitas, pointed out that the foreign relations of the kingdom are based on “ambition and clarity”. “The ambition exists, and Spain has also expressed its ambition, but for this ambition to be reinforced, we need a lot of clarity,” he stressed.

Spain maintains its position on the Sahara

The Government tried to play down the matter through the mouth of the Minister of Foreign Affairs, José Manuel Albares, who valued the harmony shown in their messages by both monarchs, although he also made it clear to Morocco that the Spanish position on the Sahara has not changed: Spain is committed to a mutually acceptable political solution for the parties within the framework of the UN.

In addition, the head of diplomacy, who on January 21 received the new UN special envoy for Western Sahara, Staffan de Mistura, has defended the need to “find a solution to a decades-long conflict” and that “more than frozen, it is forgotten”, for which, as he pointed out during his recent visit to Washington, Spain and the United States would be willing to “join forces”.

Morocco has made it clear that after in December 2020 the then american President, Donald Trumprecognize Western Sahara as Moroccan – a position in which the new Joe Biden Administration has not backed down – he wants other countries to follow in his footsteps, including Spain.

This has been precisely one of the main triggers of the current diplomatic crisis with the Alawite kingdom, as Rabat ended up recognizing, although the initial argument was the reception in Spain of the leader of the Polisario Front, Brahim Ghali, so that he could receive treatment against COVID-19.

The crisis, which began with Gali’s arrival in Spain on April 18, reached its peak on May 17 and 18, when there was a massive influx of migrants from Morocco with the connivance of the Moroccan authorities. The then Foreign Minister, Arancha González Laya, summoned the Moroccan ambassador, Karima Benyaich, to transfer the complaint about these events, after which Rabat called her for consultations and to this day she still has not returned to Madrid.

But in the tug of war between Morocco and Spain, other grievances have also been produced in recent months. The first of them is the installation of a fish farm in waters close to the Chafarinas islands for which the Spanish Government has already transferred its complaint to the Moroccan, without consequences for now.

In addition, Morocco has also signed a contract with the Israeli company Ratio Petroleum Energy to explore for oil and gas andn the Saharawi coast near Dajla, in front of the Canary Islands. Added to this is the dart in the form of a statement released by the Moroccan Ministry of Health at the end of December, criticizing the management of the pandemic in Spain and assuring that the country is a “threat” for Moroccans.

The next objective in his pulse seems to be Ceuta and Melilla. The Alaouite kingdom claims sovereignty over both autonomous cities as well as the rocks of Vélez de la Gomera and Alhucemas and the archipelago of the Chafarinas Islands and periodically publicly verbalizes this claim.

Claim of Ceuta and Melilla

The last time this happened was in December 2020, shortly after Trump recognized the Moroccan nature of the Sahara. The then Moroccan Prime Minister, Saadeddine El Othmani, maintained that “The day will come when we are going to reopen the issue of Ceuta and Melilla, Moroccan territories like the Sahara.”

In a new public gesture this week, the director of National Security, Abdellatif Hammouchi, instructed the police stations on the land borders with Ceuta and Melilla to replace the word ‘border’ in their name with ‘door’ -bab in Arab-, as reported by El Confidencial. Thus, now they will be called ‘Bab Ceuta’ and ‘Bab Melilla’.

These borders will remain closed for now.. The Minister of the Interior, Fernando Grande-Marlaska, has given instructions this week that the closure, which was decreed in March 2020 due to the pandemic, be maintained until next February 28. However, Morocco had already proceeded unilaterally to seal the border with the two autonomous cities long before.

In the summer of 2018, Rabat proceeded to unilaterally close the trade border between Melilla and Morocco, while at the end of 2019 it chose to tighten controls against smuggling on the border with Ceuta.

In a report published in November by the Ceuta and Melilla Observatory, several experts warned that Rabat is carrying out a hybrid strategy, of which these measures are part, which largely seek to suffocate Ceuta and Melilla, to end up taking over the sovereignty of these two enclaves but avoiding direct confrontation.

A problem for Spain

Eduard Soler, senior researcher at CIDOB, believes that the issue of Ceuta and Melilla will be “central” this year in Morocco’s relationship with Spain. Until now, the closure of the borders due to the pandemic “has overshadowed” the fact of Morocco’s “political intention” with its previous measures, so it will be necessary to see what happens once the borders are reopened, he stressed in statements to Europa Press .

In your opinion, Morocco seems to be determined to “problematize” the issue of these two cities that they face “economic suffocation and isolation” due to the measures adopted by Morocco, given the impact they have on their economic model.

With this, what the Alaouite kingdom is seeking is for Ceuta and Melilla to become a problem for Spain and force the Spanish government to talk about it, but “what they want is something that Spain cannot and does not want to discuss,” emphasizes Soler.

“Morocco is going to continue to put the question of the sovereignty of Ceuta and Morocco on the table, just as Spain raises the question of Gibraltar in its talks with the United Kingdom, regardless of whether relations with the neighboring country are recovered at some point,” he warns. the CIDOB researcher.

“The irritant of Ceuta and Melilla will always be in the relationship because Spain does not want to talk about it and Morocco wants it to be ‘the topic,'” he concludes.