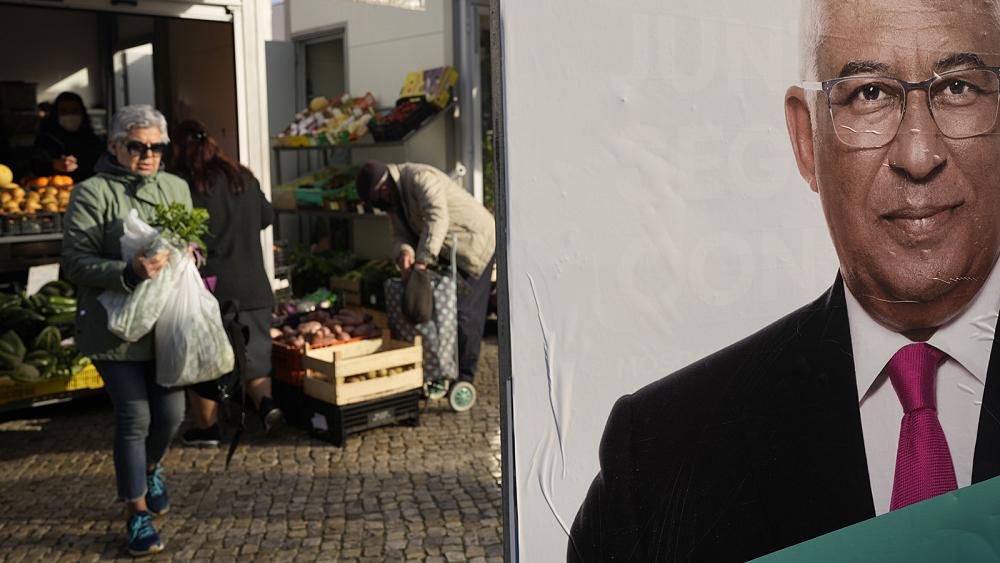 Portugal goes to the polls in decisive parliamentary elections

Polling stations opened at 8 a.m. Sunday and exit poll projections will be released at 8 p.m.

“We have overcome austerity and stagnation, we were overcoming the pandemic and on Sunday we will also overcome this political crisis and return stability to the country,” Costa said Friday as he closed his campaign.

The 60-year-old leader, who came to power in 2015, boasts of having “turned the page” on the austerity budget implemented by the right, thanks to the historic alliance he forged with the radical left parties, the Left Bloc and the Communist-Green coalition.

But while his minority government also intended to “turn the page on the pandemic” thanks to impressive vaccination rates and the arrival of European funds from the post-coronavirus recovery plan, these parties rejected his draft budget for 2022, which led to the call for early elections.

Portugal’s economy has lagged behind the rest of the 27 EU nations since 2000, when its real annual gross domestic product per capita was €16,230 compared to an EU average of €22,460.

In the meantime, this advantage has almost evaporated. In the latest polls, the PS is credited with 35 or 36 percent of voting intentions, compared to 33 percent for the PSD of former Porto mayor Rui Rio.

Faced with this gap, the pollsters reserved their prediction and declared a “technical tie.”

With one in ten Portuguese in quarantine, participation in the elections – the third held by Portugal during the pandemic – is another factor of uncertainty.

In an address to the nation on the eve of the elections, President Marcelo Rebelo de Sousa urged people to vote, saying it is “a way of saying that… nothing and no one can silence our voice.”

“I wanted to vote early in the morning, first of all for security reasons, because there are fewer people,” said Duarte Raposo, a 33-year-old executive, as he left a polling station in Almada, a southern suburb of Lisbon. .

Despite some disenchantment with the Socialist Party, most voters believe Costa has more skills and experience in governing than Rio, a 64-year-old economist who is appreciated for his “frankness and authenticity,” said political scientist Marina Costa Lobo. .

Predictions of an unstable political future

Whatever the outcome of the elections, Portugal’s political future looks “unstable,” says analyst Antonio Costa Pinto, a researcher at the Institute of Social Sciences at the University of Lisbon.

“The viability of a PS or PSD government will depend on the abstention of the other majority party, especially to quickly adopt a budget for economic recovery,” he predicts.

Regardless of which of the two wins, it will be difficult for the more moderate majority parties to negotiate the support of the extremes in a more fragmented parliament, where the far-right Chega! (Enough!), led by the populist André Ventura, could become the third political force with 6% of the vote.

If Costa is re-elected, he will try to reunite the left despite the failure of the latest budget negotiations, which he said was caused by the “irresponsibility” of his former allies, who demanded more efforts in favor of purchasing power and citizenship. services.

Since coming to power in 2015, the PS has relied on the support of its smaller allies in parliament to ensure that the annual state budget has enough votes to pass.

But last November, their differences, especially over public health spending and workers’ rights, were intractable, ultimately leading to snap elections.

And if Rio wins, it will probably have to join forces with Liberals who, like Chega!, hope the results will confirm the substantial gains predicted by the polls.

However, the Liberals, who also had an elected member in the previous parliament, will find it easier to get along with Rio than Chega. With his anti-institutional rhetoric, Ventura appears to be a rather volatile potential partner.