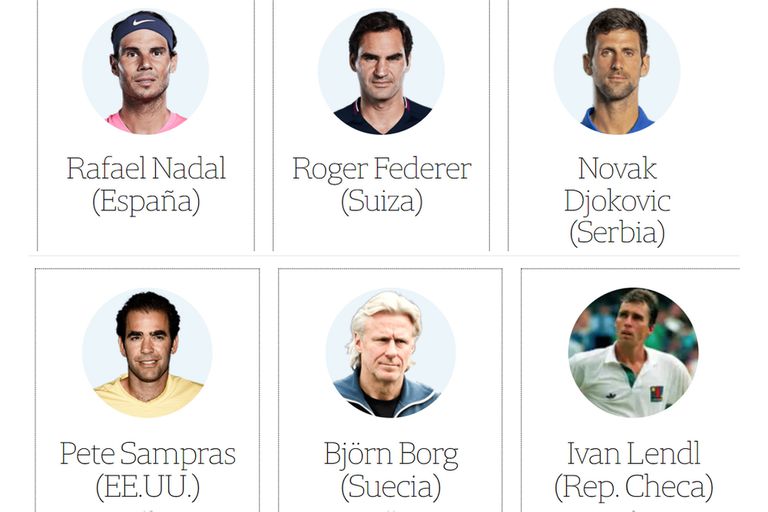 Rafael Nadal, the most winner in history: how the Grand Slam table and the Argentines turned out


He is the most winner in history. And, for those who enjoy the data, it also begins to add elements to be considered The greatest of all time. Spaniard Rafael Nadal achieved the miracle in Melbourne. At 35 years old, ten more than his rival of the definition, the Russian Daniil Medvedev, won the Australian Open and conquered the 21st Grand Slam of his career. An unexpected brand that breaks the parity with which it shared the first place along with the Serbian Novak Djokovic and the swiss Roger Federer.

The list of the biggest Grand Slam winners, until 15 years ago, had the American Pete Sampras as the undisputed leader 14 conquests. A number that seemed impossible to reach. In less than two decades there were three tennis players who surpassed him and were mixed in the most impressive career of excellence and forcefulness that tennis has had in its history.

The title at 35 years old seems like a feat, too. But Nadal is not the oldest player to win a Grand Slam. That distinction belongs to the Australian Ken Rosewall, who at 37 years and 2 months won the 1972 Australian Open.

2021 left the idea that Nadal he was no longer to get into the segment of players aspiring to the Grand Slam finals. With Djokovic on a blistering pace (he won the first three majors of the year), he couldn’t even reach the final at Roland Garros, his favorite tournament (he lost in the semis to the Serb).

And the situation worsened in September, when he had to undergo surgery on his left foot and his career was definitely conditioned. To the point that he evaluated the possibility of retirement, as he himself confessed.

But Nadal is a specialist in resurrections. He managed to recover. After five months without competition, he returned to the ATP 250 in Melbourne and won it, with a victory in the final over North American Maxime Cressy. Now the first light of illusion was opened when the Serb Novak Djokovic was out of competition after being deported by the Australian government, for not completing the vaccination plan against Covid.

His first matches showed that he was in good form, but the rivals, Giron (USA) and Hanfmann (Germany), were not qualified enough to give a definitive sentence on his chances. The demand rose in the third round, with the Russian Karen Khachanov, who took a set from him. He also suffered a lot at the start of the match with Mannarino (France), in the round of 16. But his victory over Canadian Dennis Shapovalov (14th) in five sets, in the quarterfinals, was the confirmation that was missing. His warrior spirit was intact and his firepower at full strength. In these conditions, leaving behind the Italian Berrettini, a fantastic player on the rise, did not seem a surprise. But the most difficult rival awaited him in the final.

Daniil Medvedev has everything to be the man who dominates the circuit. He had just beaten Djokovic in the final of the US Open and his possibility of accessing the number 1 in the world in the coming weeks proves it. But Nadal should never be underestimated. The greatest competitor that modern sport can offer. The strongest mentality that tennis has had in its history. And the most successful, with a brand that increases the legend.