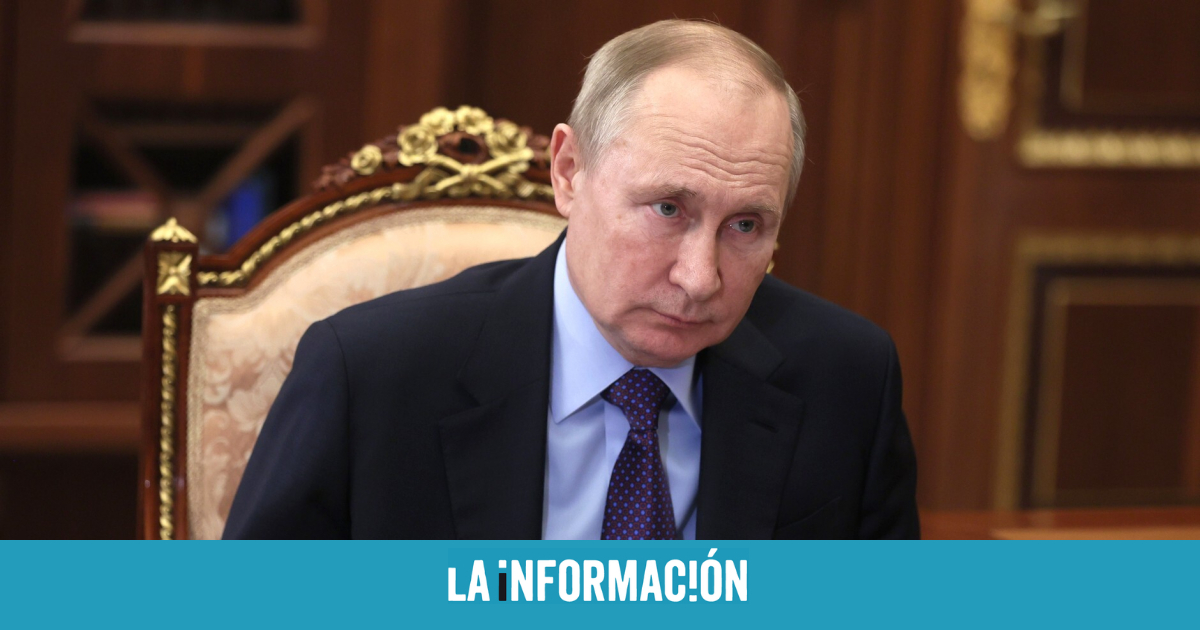 
The secretary of the Russian Security Council, Nikolai Patrushev, stated this Sunday that Russia does not seek a war with Ukraine and stressed that Moscow does not threaten the neighboring country. “We don’t want war, we don’t need it at all,” said Patrushev, one of the men closest to Russian President Vladimir Putin, after laying a wreath at the Piskaryov Memorial Cemetery for the victims of the blockade of Leningrad, in St. Petersburg, during World War II. According to Patrushev, former head of the Federal Security Service (FSB, former KGB), those who want to impose the war, especially from the westThey are moved by selfish interests. “Today they say that Russia is threatening Ukraine. It is a complete folly; there is no threat“said the secretary of the Russian Security Council, quoted by the Interfax agency. He added that “the Ukrainians themselves, including their authorities, declare that there is no threat.”

“But senior US officials say there is a threat and they are willing to fight, supplying weapons, down to the last Ukrainian,” Patrushev said, adding that they “do not care whether or not there are casualties on each of the sides.” This Thursday, US President Joe Biden told his Ukrainian counterpart Volodímir Zelensky , that there is a “distinct possibility“of Russia invading Ukraine in February.

The next day, Zelensky removed iron to Washington’s warning and, although he did not rule out an escalation, he indicated that Kiev does not see a worsening of the situation greater than what has been seen before. The president was referring to the deployment of Russian soldiers on the border with Ukraine in April 2021 on the grounds of some maneuvers. “I don’t think the situation is more intense than it was then. At its peak in early 2021 it was very intense, but then there was no media coverage as strong as it is now. We’ve been talking about this for eight years,” he said. Tensions between Russia and the United States and their NATO allies have soared after Moscow will station more than 100,000 soldiers next to the Ukrainian border.

NATO decides not to send troops

NATO Secretary General, Jens Stoltenberg, ruled out this Sunday that the Atlantic Alliance will send combat troops on the ground to Ukraine if Russia launches an offensive on the country. “Ukraine is not an ally of NATO,” Stoltenberg told the British network BBC, stressing that the “guarantee of 100% certainty that an attack on an ally will generate a response from the entire Alliance” Kiev does not apply. “We have no plans to deploy combat troops in Ukraine,” Stoltenberg stressed, who questioned by if you contemplate a scenario in which they will arrive To see NATO soldiers fighting in Ukraine against Russian troops, he answered “no”.

“We are focusing on offering support to Ukraine. Helping you exercise your right to self-defense. At the same time, we send the message to Russia that we will impose severe sanctions if they once again use force against Ukraine,” Stoltenberg said. He stated that there is no “certainty about intentions” of the Russian president, Vladimir Putin, but warned of the worrying dispatch of tens of thousands of soldiers to the Ukrainian border, the use of “very aggressive rhetoric” by Moscow, as well as the precedents of the “use of force” against Ukraine.

Stoltenberg advocated a diplomatic solution to the tensions and urged the Kremlin to de-escalate the conflict. “The paradox is that Putin entered Ukraine in 2014 because they did not like having NATO close to their borders. But the more aggressive they are, the allies closer to the borders and will increase their presence in the eastern part of the Alliance,” said the Secretary General.