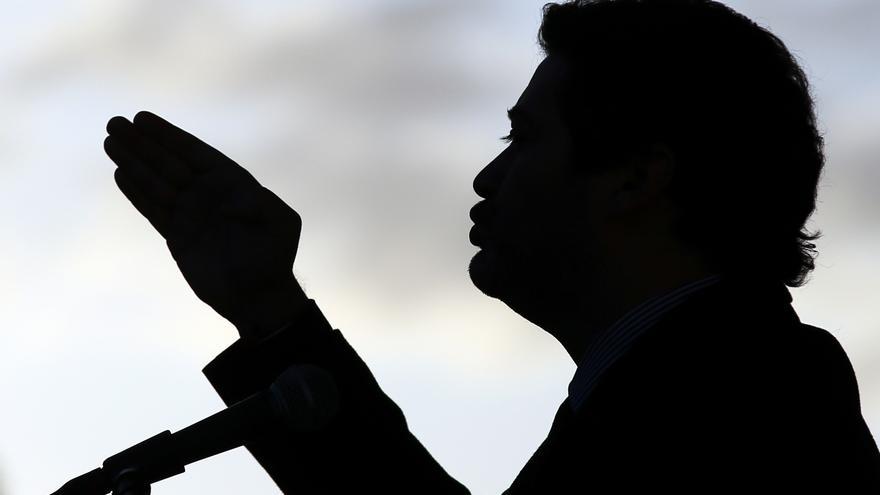 The meteoric rise of Chega, the Portuguese ultra party


Three years after its official founding, the far-right party He arrives is already decisive Portugal, after becoming the third electoral force this Sunday. A meteoric advance fueled by its leader, Andre Ventura, until now the only visible face of the formation and its only representative in Parliament in the previous legislature. Speech populist, religious and ultraconservative of Ventura has managed to attract a sector of the disaffected population with the big parties and outraged with the slow pace of justice in the cases of corruption more mediatic, such as the one affecting former Prime Minister José Sócrates.

Chega has based his campaign on showing his differences with the traditional right, represented by the Social Democratic Party (PSD) -of which Ventura was a member- and the Democratic and Social Center (CDS), which governed in coalition between 2011 and 2015. The far-right leader has presented himself as the only option on the right capable of avoiding a hypothetical understanding between the Socialist Party (PS) and the PSD and has insisted on some of its most controversial proposals, such as the chemical castration for repeat rapists or life imprisonment.

Another of Chega’s focuses during the campaign has been the fight against subsidy-dependency, especially among the Roma community, which he accuses of live at the expense of the rest of the Portuguese. A speech that has forced even the leader of the PSD, Rui Rio, to defend an increase in the control to prevent fraud in social services. The transfer of votes to the extreme right has been one of the main fears of the PSD and the CDS, the two main parties that Chega has nurtured since its foundation.

Unlike other European far-right formations, Chega it has hardly had an impact on the left-wing electorate, not even in the Portuguese Communist Party (PCP), with more conservative values. A recent study on radical parties in Europe, published by the Friedrich Ebert Foundation, places Chega as one of the parties closest to the neoliberal economic model, along with Vox, and further from the postulates of other formations more favorable to the redistribution of wealth, such as National Regrouping, the party of Marine Le Pen in France.

Internally, the high degree of dependence on Ventura and the scarce protagonism of the rest of the members of Chega they have been a dynamic since the founding of the party. Until now, everything has revolved around the leader, the only visible face in the most recent electoral calls. In January 2021, already a deputy, he stood for the presidential elections, in which he was the third most voted candidate with almost 12% of the votes. A few months later, in the municipal elections, he opted to lead his party’s list in Moura, one of the municipalities where Chega was the favorite due to conflicts between part of the population and the Roma community. In the end, he did not get the mayor’s office.

For now, Ventura has had practically no internal opposition. In three years it has submitted up to three times to confidence motions, in which it has always obtained more than 90% of the support of the militants. Even so, some elected councilors in the municipal already have left the party due to discrepancies with the leadership, while the representative of the formation in the Parliament of the Azores refused to withdraw his support for the PSD government, despite the fact that Ventura had demanded it. The leader’s ability to maintain discipline in an inexperienced party will be one of the challenges of the new legislature.