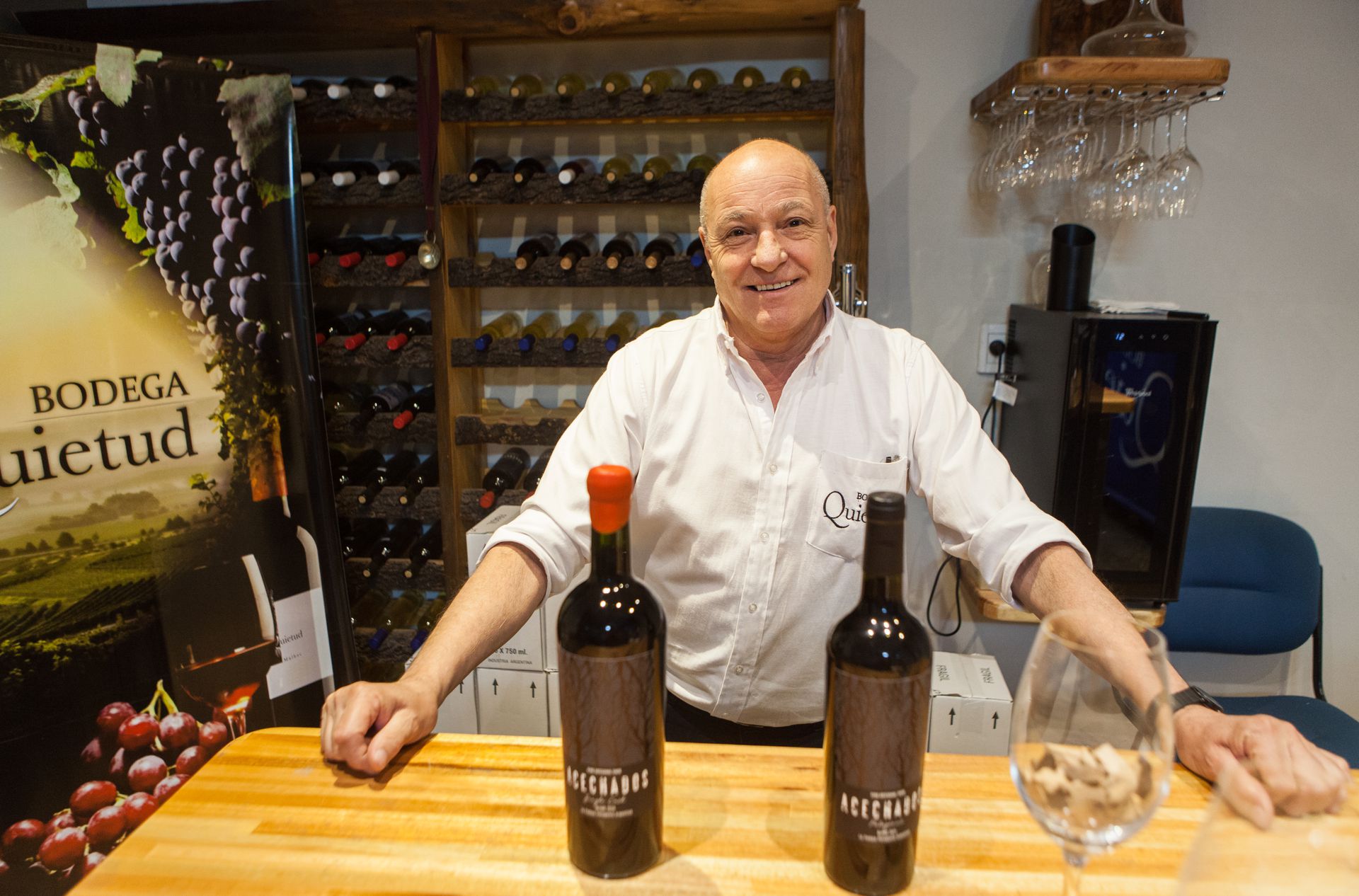 The Pampa. He went from making wine for the family to setting up a winery that has already received 35 awards


After spending his whole life at the head of his metallurgy, in 2009 the wine hobby became a commercial enterprise that produces 12,000 liters a year, with a projection to increase in the medium term. But Ricardo Juan does not aspire to abrupt growth because he does not want to lose the artisanal spirit of his wines, which he has been making for 32 years.

“This was and still is in the family,” he says, recalling that “In the old days, when he came with the grapes, the boys – his children – prepared everything and we all worked” making the wine. Because of those memories and because he enjoys making “tributes”, he frequently puts out labels with a nod to his affections, such as the wine he called “Reserva de familia” or the “Mis soles” line, a pampering to his 3 children and 5 grandchildren that it had at the time of its release.

The company does not have its own vineyards; buys the grapes from the Provincial Entity of the Colorado River, which has vineyards, and the entire process is carried out at the facilities of Stillness in Santa Rosa.

“As a winery we started in 2008-2009 with the first harvest that was made in Gobernador Duval”, he says, referring to the vineyards planted in the south of La Pampa, on the banks of the Colorado River. “Duval wines were born here,” he boasts.

At that time, some friends had summoned him “to lend a hand”, knowing his expertise, and there began what Juan defines as a snowball that led him to formally organize himself as a winery, grow and incorporate technology.

Then, starting in 2013, they began to carry out research and evaluation tasks for the Ente de Río Colorado, to analyze the potential of vines and land, with the aim of attracting investment to La Pampa.

Stillness Winery processes today 10 different strains. A white (Chardonnay) and a whole range of reds that includes Petit Verdot, Bonarda and Tannat as well as the classic Malbec, Cabernet Franc, Sauvignon, Pinot Noir, Merlot or Syrah. It also creates blends that can be bi or trivarietal and produces natural late harvests.

The businessman is enthusiastic about the variety of strains that are doing well in the province, which opens up an interesting range of production, with the advantage that they are wines that can be sold with the denomination of origin Patagonia, because La Pampa belongs to that region.

He also thinks that people have to get used to changing their habits and taking the risk of trying new flavours. “Here Malbec fans switched to Petit Verdot, Syrah; others are with the blends”, dice.

Juan also highlights the restless spirit of those who risk leaving the industrial line of large wineries and seek new flavor experiences, wines with other aromas, another structure in the mouth, distinctive aspects of craftsmanship.

Since he came out on the ring, Stillness Winery presents its labels in the Vino Andino and VINUS contests. “Every year we have won awards”, the entrepreneur is proud, who is not only president of the company but who last year was chosen to lead the recently created company for two years Chamber of Wine of La Pampa (CAVILPA).

“Last year we achieved the highest standard: get a champion wine from Argentina“, He says. Its about Acechados Blend Single Cask 2019 which won the Raúl Castellani Award, the Champion Red Wines category of the VINUS contest held in Mendoza in September. It was the choice of 35 winemakers who tasted it and gave it a score of 97 out of a maximum of 99.

That same label won the double gold medal, shared with the Stalked Monte Adentro, also from 2019, which obtained 96 points. In both cases they were produced with grapes from Casa de Piedra.

The Stalked series proved to be very well received, since the other two members, Pampa Salvaje and Blend Patagónico, also won a gold medal. “It is a satisfaction because we know that we are on the right path,” says Juan. And, “if it hits the palate, that’s it”.

For Quietud, the stages of production begin with the monitoring of the evolution of the grapes still on the vines and continue on the premises of the winery in Santa Rosa. There, the task starts in the laboratory where chemical analyzes are carried out on the grapes to determine the optimum harvest time.

The laboratory is run by his daughter-in-law, his “right hand” as defined by Juan, a graduate in chemistry, close to finishing his degree in oenology.

“A clinical history is made of each grape that arrives here,” he explains. “The control is done, the kilos, the varietal, the date of entry are entered and a complete laboratory is done. Everything that is added is also noted. Then, daily and at the same time, temperature controls are carried out and the progress of the transformation of sugar into alcohol is analyzed. And we taste the musts, because in this way we determine, if we notice any shortcomings in the mouth, if it can be corrected”, he adds.

The finest wine remains in barrels for a longer time, which can reach 18 months.. It is the period of rest, when it matures in a “guard” room, in the dark. These are the top-of-the-range wines of its production.

“We have a difficulty,” explains Juan. “And it is that the vineyards are 370 km away”, which implies at least six hours from harvest until the grape reaches the plant. “That time that is lost is a lot”, and it is a transfer by route in which the temperature can exceed 40ºC.

In the tour of the winery, Juan shows the tank room, the laboratory, the storage room and other facilities. Also, the small museum that he put together with some rudimentary machines that they used when the production was for their own consumption. “The things we keep here are memories from more than 30 years ago, made by us. And I was rescuing them, putting together a small museum to have history, “he says.

So remember that time they crushed the grapes by hand and they also washed the bottles by hand. That has obviously changed, however, given the artisan nature of the winery, there are activities that are still done manually, such as labeling, encapsulating and labeling the bottles.

And with details for its top labels: the champion Stalked, for example, is packaged in a bottle that weighs one kilo empty and is sealed with imported sealing wax, a presentation on a par with a winning wine.

Guided tours with tasting of the winery (45 minutes-1 hour, $300 per person). You can see the small museum with the craft machines that they used 30 years ago, the fermentation tanks, the laboratory and other facilities.