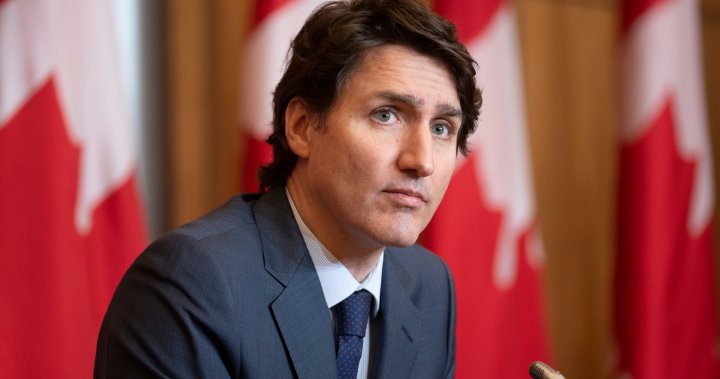 
Prime Minister Justin Trudeau is counting on the Bloc Quebecois and the NDP to help his minority Liberal government get things done in the face of what he anticipates will be “filibuster” from Conservatives.

In an interview with The Canadian Press before Parliament returned on Monday after a six-week recess, Trudeau made it clear that he doesn’t just want smaller, ideologically compatible opposition parties to support passage of liberal bills.

As Trudeau nears the end of the first 100 days, here’s what’s left on the key to-do list

He wants them to support measures to cut off debate and force votes on bills if official opposition Conservatives resort to procedural tricks to stall progress on the legislative agenda, as they frequently did during his first minority term.

“We know and we have seen it, the Conservatives are going to keep trying to play all the partisan games they can, no matter the consequences for Canadians. They are much more focused on their own interests right now than they are on the interests of Canadians,” he said.

“We’ll be very, very open to working with the other parties, listening to their priorities moving forward because it’s not just about saying, ‘Okay, we can agree on things that need to happen.’ We have to help make it happen in a House where Tories choose to block everything they can.”

During the last parliament, all parties came together to swiftly pass legislation creating hundreds of billions of dollars in pandemic benefits to help people and businesses stay afloat during the COVID-19 pandemic.

2:54
Trucker convoy vows to stay in Ottawa until demands are met

Trucker convoy vows to stay in Ottawa until demands are met

But on other issues, Conservatives routinely spoke out during debate on the bills and used other procedural maneuvers to delay or impede progress on the legislation. The Liberals complained about the obstructionism, but the Conservatives blamed the government for not managing its own agenda and the other opposition parties, usually reluctant to be seen as helping the government disrupt debate, tacitly went along with it.

Eventually, however, even the NDP and Bloc grew frustrated with the conservative tactics and, towards the end of the session, supported closing a couple of bills they considered priorities in a bid to finally pass them.

His support came too late to get the bills — a ban on conversion therapy for LGBTQ Canadians and a bill regulating online streaming giants — through the Senate before the summer break. They were eventually killed when Trudeau dissolved Parliament in August for an election.

Trudeau sees some hope that smaller opposition parties will be less likely to allow the Conservatives to stall the Liberals’ legislative agenda in the new Parliament.

He points out that in the brief four weeks that the new minority parliament met before Christmas, the Liberals laid out three priority bills that they wanted to enact before the Christmas break: a new bill banning conversion therapy, another creating new pandemic-specific relief programs and a double-reaching bill that implements paid sick leave for federal workers and cracks down on harassment of health care workers.

All three passed both the House of Commons and the Senate at breakneck speed for Parliament. Along the way, the NDP supported the shutdown to disrupt debate and force a vote on resuming hybrid House sessions and again to disrupt debate on the sick leave bill.

“The fact that we were able to work so collaboratively with two of the opposition parties to do great things is a really positive sign,” Trudeau said.

In fact, it was the Conservatives who moved to pass the conversion therapy bill without debate or a vote, a surprise given that most of them had voted against the previous version of the bill. But it was a strategic move designed to avoid a second losing battle on an issue that had exposed conservatives to accusations of being anti-LGBTQ, not what liberals see as a harbinger of a more cooperative official opposition.

During the last Parliament, some of the most contentious relations between the parties and the longest filibusters, including those carried out by the Liberals, took place in the committees of the Commons.

But Trudeau is hopeful that will change in the new session as well.

Shortly before the Christmas break, the Liberals garnered support for a rule-changing motion to start an emergency committee meeting. Instead of four committee members being able to insist on a meeting, there must now be four members from at least two different parties.

That, Trudeau said, will help prevent Conservatives from going it alone to tie committees to issues of their choosing, usually designed to embarrass the government and inflict maximum political damage.

“We did it so that conservatives can’t be so obstructive on their own. They will need to find active partners to convene committees,” he said.

“That will minimize the amount of disruption and toxicity that we unfortunately saw a lot of in committees that prevented us from doing a lot of things that Canadians really cared about.”

Unlike the brief pre-Christmas session, the Liberals are not presenting a specific number of bills they want to pass by the end of June, when Parliament will rest for the summer.

“Those are the important things that we were chosen for,” he said.