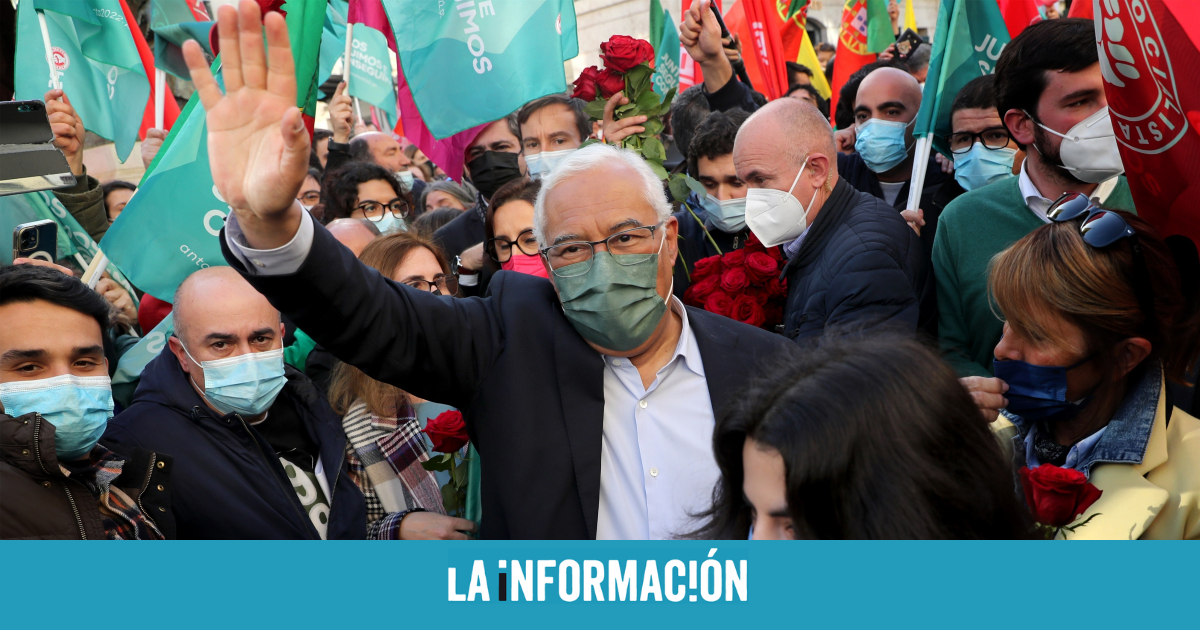 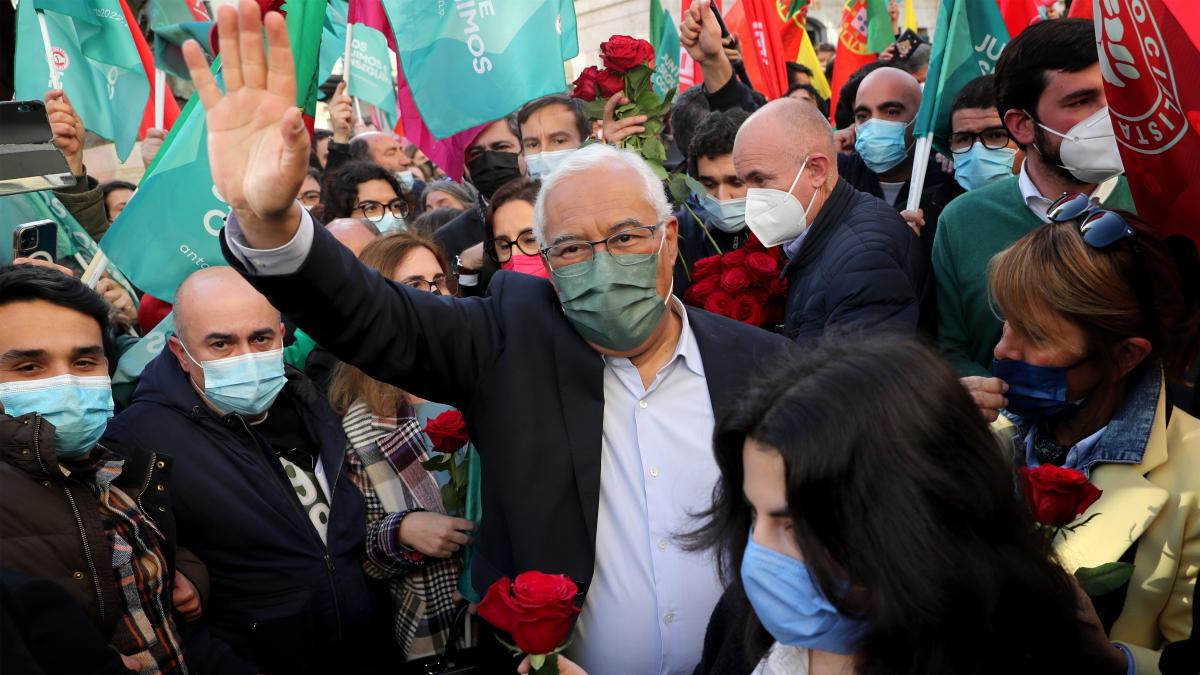 Behind the PS is the conservative Social Democratic Party (PSD) with 27.80% support and 71 assigned seats, which confirms a return to bipartisanship with less importance of minority parties. The far-right Enough party it would be the third political force for the first time with 7.15 percent of the vote and twelve seats. Liberal Initiative is the next most voted option (4.98 percent), followed by the Left Bloc (4.46 percent) and the Unitary Democratic Coalition (CDU) that includes the Communist Party of Portugal, which has achieved a 4, 39 percent of votes. Behind are the Democratic and Social Center-Popular Party, People-Animals-Nature and Free.

After knowing the official results, Costa has assured that “tonight is very special”, and thanked “all the Portuguese” for their participation in the elections and in the electoral campaign “at such a difficult time for everyone”. “Despite all the restrictions that the pandemic brings us, the truth is that abstention dropped today. There has been a greater turnout and this is further proof of civility, of the character of the Portuguese,” he asserted.

The new prime minister, hailed amid cries of “Portugal, Portugal”, celebrated the “enormous” support received from his voters, however Costa wanted to emphasize that “an absolute majority is not equivalent to absolute power”. “One of my goals is to reconcile the Portuguese with the absolute majority and with the fact that they are good for democracy,” Costa declared in his speech at the Altis hotel in Lisbon where they celebrated their victory this Sunday. After the confirmation of the official count, the socialist António Costa, at 60, will face his third term.

The party of the Portuguese far-right leader Basta André Ventura is far from the percentages that its leader had predicted, but it is the third political force. “Basta promised and fulfilled it. We are the third political force in Portugal”, André stressed on his Twitter profile. However, these results are “bad for the country if António Costa becomes prime minister again”, pointed out the leader of the formation.

More satisfied has been the head of the Basta list for the Algarve, Pedro Pinto, who has congratulated himself on the results that mean “expelling” the extreme left from the Portuguese political scene. “We have achieved that the extreme left has been expelled to the place it deserves, to a corner of the Assembly of the Republic,” Pinto declared, according to the newspaper ‘Diário de Notícias’.

From the left, it has been confirmed that the Greens will not have representation in the next parliament despite being in coalition with the PCP. The communist leader, Jerónimo de Sousa, has acknowledged that it is “an electoral setback” and points to “bipolarization” as the cause. Meanwhile, a spokesman for the Democratic and Social Center-Popular Party (CDS-PP), Pedro Melo, has indicated that the results force “the entire right” to reflect.

From the Liberal Initiative party they have highlighted that “tonight Portugal is more liberal” and have thanked the “8 deputies”, in the words of the group’s parliamentary spokesman, Rodrigo Saraiva. “Ideas for the future have marked the campaign. We affirm convincingly that liberalism works and is needed in Portugal. We have managed to mobilize the most dynamic sectors of society and young people,” he argued.