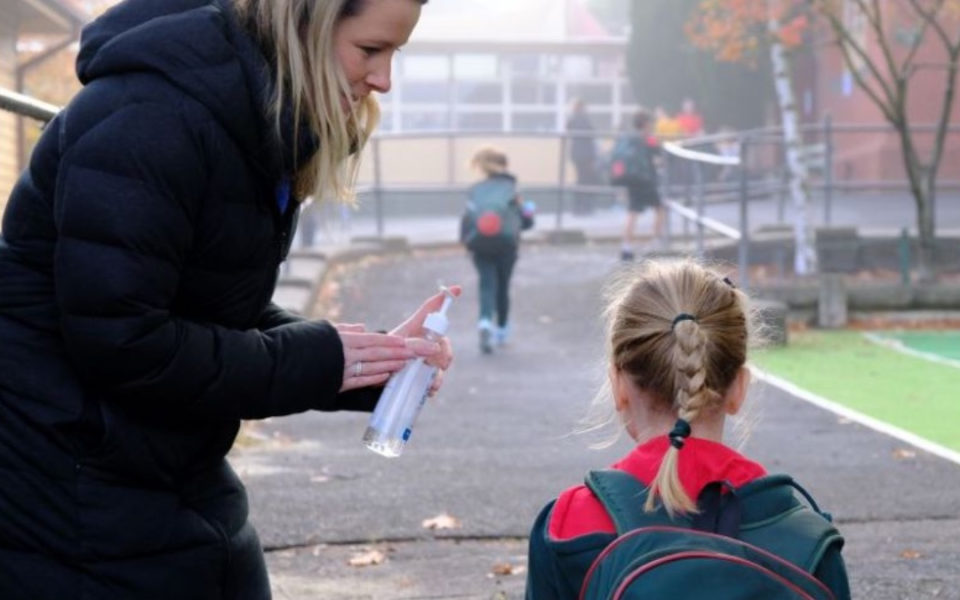 Back to school to test VIC and NSW coronavirus preparations

The NSW government’s COVID-19 preparedness will be tested on Tuesday as thousands of public school children return to classes.

Victoria is also bracing for outbreaks in schools as more than a million students begin what the state government hopes will be a full term of on-campus learning.

A further 44 COVID-19 deaths occurred across the country on Monday, with the majority occurring in New South Wales, which recorded 27 fatalities.

There were eight deaths in Victoria, six in South Australia and three in Queensland.

There were 504 new cases in Tasmania, 760 in the Northern Territory and 22 in Western Australia.

Here is a roundup of the latest local coronavirus headlines.

And don’t forget that people who received their second dose of the coronavirus vaccine three months ago are now eligible for get a boost after the national release expanded again.

The school returns the big test.

Around 40 per cent of Australian children between the ages of five and 11 have received a dose of the vaccine.

Time will tell if those methods are enough to stop the spread of the coronavirus.

“We will have a strategy that means over the next four weeks we will be able to keep an eye on this and be able to say exactly how many cases are coming from reopening schools.”

Acting federal Education Minister Stuart Robert said Monday that the model indicated there would be an increase in transmission, but did not reveal what the expected increase would be.

“The key is that it is safe for children to go back to school. We have to get back to normal,” Robert told Sky News.

Children in NSW Catholic schools returned to school on Monday, but most state pupils start their new year on Tuesday, sending thousands of students back to classrooms amid the Omicron outbreak in the condition.

With the return of students, Prime Minister Dominic Perrottet unveiled a $155 million plan to give parents of primary school students access to $500 vouchers to help with the cost of before and after school care.

The vouchers will be available through Service NSW, from February 28, through the same app used to distribute the Dine and Discover vouchers launched last year, the government says.

It is the latest in a series of measures to prepare the state for the new school year, including the government’s distribution of around eight million rapid antigen tests in preparation for classes.

In addition to schools, the government is focused on keeping businesses afloat, and Treasurer Matt Kean reiterated his call for the federal government to provide more COVID-19 assistance to businesses affected by Omicron.

The state has put forward a $1 billion support package for companies affected by Omicron, but Kean wants the federal government to get on board, too.

The new business support includes a payment of up to $5,000 per week, or 20 percent of payroll, for businesses with revenues between $75,000 and $50 million that suffered a 40 percent drop in January and are forecast to do the same in February. .

“The NSW government is doing its part and will continue to ask the Commonwealth to support small businesses,” Kean said on Monday.

However, NSW Labor Leader Chris Minns described the trade package as “too little too late” for struggling NSW businesses.

“You have seven weeks since the Omicron wave crushed the NSW economy and some businesses will have to wait another month for the money to be in their account, it’s just not good enough,” Minns said.

The federal government is preparing to roll out bonus payments to workers in residential nursing homes battling the current wave of COVID-19 infections.

Workers will be eligible for payments of up to $400 each, paid prorated based on hours worked, this month. The second payment will follow in May.

Personnel who provide care, food and cleaning services in establishments subsidized by the government, as well as those of the federal home care system, will be eligible.

More than 400 virus deaths this year have occurred in senior care facilities, accounting for about a third of more than 1,160 deaths overall.

The bonus comes as protesters prepare for a second day of action in Canberra following a march on Parliament House on Monday.

The protesters sought a meeting with political leaders, but seemed unaware that parliament will not meet this week.

The minister responsible for aged care, Richard Colbeck, will lead a Senate committee on Wednesday that will focus on the COVID-19 pandemic.

He has come under intense criticism for missing an earlier hearing on January 14 and going to cricket.