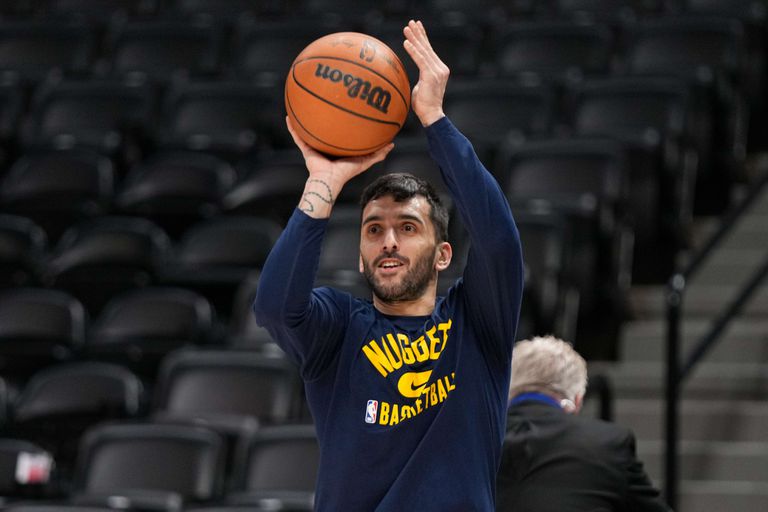 Facundo Campazzo was left out of the rotation in Denver: “We tried something different,” said his coach


Exactly ten days remain for the “deadline”, the closing of transfers in the NBA. and right now Michael Malone, coach of Denver, decided to remove Facundo Campazzo from the team’s usual rotation. The Argentine only entered for just over three minutes in the Nuggets’ lopsided win over Milwaukee 136-100.

Garbage minutes. This is what the game time is called when the games are already defined. The period in which the coaches use the young players, those who begin to shoot. For some it was even shocking that the DT included him in that category. In general, players with experience and experience (Campazzo is about to turn 31), it is better to leave them directly without playing when a manager does not take them into account, rather than put him in those moments. It is considered as a sign of respect.

There is an inescapable reality. The Argentine lost precision in his searches for the hoop with the three-point shot and that took away his confidence. Without shooting it is almost impossible to hold a position in the NBA. Campazzo knows it, he said it in recent interviews: “If I want to survive in this League I have to improve my triple percentage”, he acknowledged.

On the one hand, his defensive and driving skills make him a player loved by the coach. On the other hand, the lack of goals is associated with the poor performance of the “second unit” of Denver.

What explanation did Malone give for Campazzo’s departure from the team? “The bank is performing better and Today the backup point guard is Hyland. That does not mean that we do not have Facundo. Not so at all. We felt we should try something different”.

The place that the Argentine had as the first substitute for Monte Morris was occupied by Bones Hyland, a young man who has more goals and in the last two games he scored four triples. Campazzo played 6 and 3 minutes in the last two games, while Hyland added 24 and 18. The perimeter rotation is completed by Will Barton (starting shooting guard), Austin Rivers and Bryn Forbes. And, as if that were not enough, Canadian point guard Jamal Murray is about to return. In other words, the panorama could be increasingly complicated for the Cordovan point guard.

The rumors in recent days were that Campazzo could be included in a trade with another NBA team. His departure from the United States is ruled out, since he has a contract until the end of the season. But the abundance of perimeter players on Denver’s roster and the loss of playing time fueled rumors of a possible trade. However, that possibility also appears to be somewhat unlikely.

The arrival of Forbes in the last exchange with PJ Dozier was intended to make up for the lack of outside shooting. Within Malone’s pursuits of the game system, the needs seem to be met. It doesn’t seem reasonable for them to try another trade. Maybe he can bolster weaker positions: find a backup forward and center.

But in addition, the chances of generating an agreement with another franchise involves a series of financial commitments that are not so easy to achieve. If two teams decide to trade players, they must do so within terms that allow for an equitable balance in player salaries.

The departure of Campazzo, who is averaging 6.1 points, 2 rebounds and 3.9 assists per game, should involve other Denver players. It seems like a very complex move in the current conditions.

It is not the first time that the Argentine has lost ground in Malone’s consideration. But in all cases he always found a way to strengthen his spirits and regain his place. Sometimes, it was the injuries of his teammates that helped him get that opportunity. Today, everyone is healthy and the team has functioned well without him. In the victory over Milwaukee, Nikola Jokic was the figure with 18 points, 15 assists and 9 rebounds.

What should happen for Campazzo to play frequently again? Triples are essential. But it is not the only thing. The lack of hits from long distance, indirectly, begins to undermine confidence and affects all actions. It is not possible to analyze only one detail. The improvement in that area should push the rest of the aspects of your game.

It is time to review what has been done so far. Campazzo’s experience in the NBA had very positive things so far. He knew how to be useful in this Denver formation and he can be again if the conditions are right. He must improve, but not everything depends on him. In a career that was almost always on the rise, now he has to stop at a crossroads. It is up to you to choose what the next step will be.