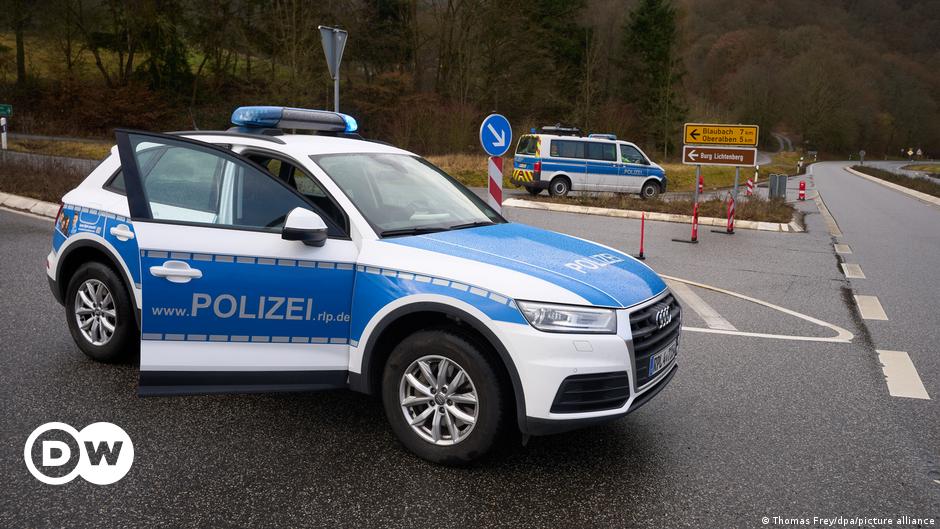 
A manhunt is underway after two police officers from the Kusel police district in western Germany were shot dead during a routine traffic stop in the early hours of Monday morning.

They were able to radio their colleagues, “They’re shooting,” before his death after seeing dead game in the vehicle the shooters were traveling in. As a result of this knowledge, authorities are looking for more than one individual.

One suspect is believed to have already been known to police due to a hit-and-run incident. The man was said to have a gun permit.

The two officers who died were in uniform at the time but were driving an unmarked car.

The shooting occurred on a country road, Kreisstrasse 22, around 4:20 a.m. The road was completely closed afterward.

“Police are intensively searching for the fleeing perpetrators and securing clues at the crime scene,” a police statement said. “There is no description of the perpetrator or the vehicle they are using. The direction in which they fled is unknown.”

“At least one of the perpetrators is armed,” the statement from the Westpfalz local police headquarters said.

What is the reaction in Germany?

German Interior Minister Nancy Faeser said: “Regardless of the motive for the crime, this crime is reminiscent of an execution and shows how police officers risk their lives for us every day.”

“I am very concerned that two young men have lost their lives while serving,” Dreyer said.

They ordered flags at half-staff in the state of Rhineland-Palatinate and said mourning flags would be available for patrolmen.

One of Germany’s main police unions, the GOP, said it was “deeply shocked by the violent deaths of our colleagues”.

“Our thoughts are with the relatives of those killed and also with our colleagues. We are currently living every officer’s nightmare,” Rhineland-Palatinate state union president Sabine Kunz said in a statement. “Hopefully the perpetrator(s) can be apprehended quickly to avoid potential danger to the general population.”

Kunz added that he hoped locals would refrain from attending protests over coronavirus restrictions on Monday “out of consideration for what happened here.”

Green Party chairman Omid Nouripour called the deaths “extremely, extremely depressing.” Speaking from the capital Berlin, he also pointed to all the “millions of hours and overtime” officers had put in during the pandemic.

“If their lives are so threatened during traffic checks, it’s a very, very difficult matter,” Nouripour said.

What is happening in the investigation?

Police closed the Kreisstrasse 22 road between the Mayweilerhof and Ulmet areas. They later warned of other potential traffic disruptions in the vicinity as a result of the search.

Kaiserslautern police also said they had widened their search to include the neighboring state of Saarland, as the border with Saarland is only a short distance west of the scene of the shooting.

Police also asked people to refrain from picking up hitchhikers in the area.

Witnesses or those who may have information were advised to contact Kaiserslautern Police on +496313692528.

Kusel is approximately 150 kilometers (93 miles) southwest of Frankurt and 40 kilometers (25 miles) west of Kaiserslautern, near the US military base Ramstein. That is also close to the border with France and Luxembourg.