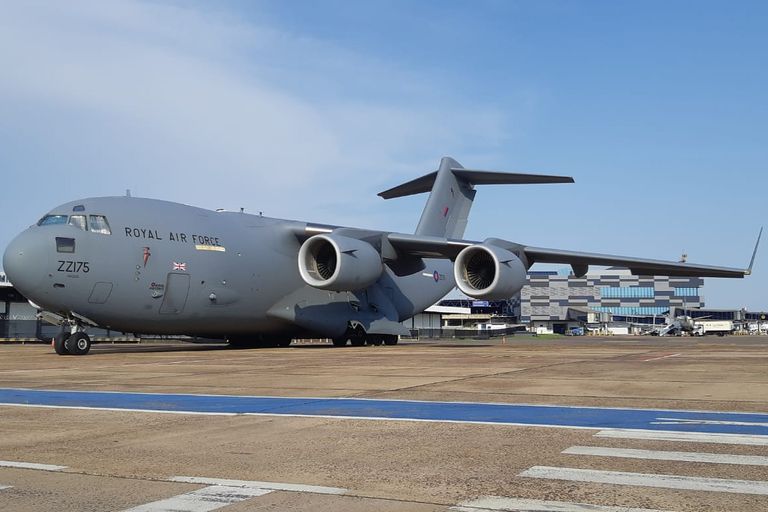 
BRASILIA.- The Embassy of Argentina in Brazil today expressed his “concern” before the chancellery of the government of Jair Bolsonaro for the significant increase in UK military flights between Brazilian territory and the Malvinas Islands.

The Argentine government detected that between January 4 and 28 there were an unusual traffic of seven British military flights that connected Malvinas and Brazil. According to the detail, to which he had access THE NATION, the planes departed from Rio de Janeiro, São Paulo and Porto Alegre, and five of those seven trips were round trips.

The acceptance of these flights to Malvinas could mean in practice a supposed consent of Brazil to the British military presence in the South Atlantic, an issue rejected by the members of Mercosur and considered contrary to the search for a peaceful solution for the sovereignty of the Islands.

“Argentina will appreciate that the Brazilian government tries to restrict the granting of permits for British military aircraft coming from or destined for the Malvinas Islands, only in strictly humanitarian cases”, reads the note that the ambassador in Brasilia, Daniel Scioli, handed over to Pedro Miguel Costa e Silva, secretary of bilateral and regional negotiations in the Americas of Itamaraty.

A diplomatic source familiar with the presentation told THE NATION: “Allowing this frequency of flights means accepting as something normal a military base in the region”.

The embassy that Scioli leads seeks close the road so that eventually the British authorities take cover in air traffic to give legitimacy to the military presence in the Islands. The United Kingdom usually justifies the flow of flights due to the beginning of the Antarctic campaign in the south, but the unusual volume of air traffic caught the attention of the Argentine authorities.

On January 21, for instance, in one of the last recorded flights, a Boeing C-17 Globemaster III aircraft landed at the Porto Alegre airport to refuel and left the next day for the Malvinas, less than 24 hours later. The 53-meter-long plane has four engines and is commonly used for heavy military transport.

The presentation of the Argentine embassy in Brasilia comes two days after the Argentine Foreign Ministry rejected through a note the British military deployment in the South Atlantic.

Palacio San Martín, aware of Scioli’s presentation, claimed on Saturday for the recent installation of a new generation air defense system called Sky Saber. According to the Foreign Ministry, it was an “unjustified show of force” that separates the United Kingdom from the search for a peaceful solution in the Malvinas sovereignty dispute and poses a threat to the region.

The expansion of British weapons capacity in the South Atlantic implies a contravention of two resolutions of the United Nations General Assembly, which urges the States to recognize the region as a zone of peace and cooperation and also asks both Argentina and the United Kingdom not to make unilateral decisions urging that the sovereignty of the Malvinas go through a negotiation process.

The United Kingdom usually uses Brazil as a landing base and departure point for humanitarian flights to the Islands, diplomatic sources explained. In the same way, Uruguay is usually the point of arrival for supplying ships that later continue their journey to the Islands. However, the unusual volume of military flights registered in the last month caught the attention of the Argentine authorities, who on Monday expressed their concern at the Bolsonaro Foreign Ministry.

At the beginning of the month, the chancellor santiago cafiero announced the launch of the agency “Malvinas 40 years”. The Argentine government hopes to deploy a hundred activities in Argentina and the world to claim sovereignty over the Islands, on the fortieth anniversary of the war