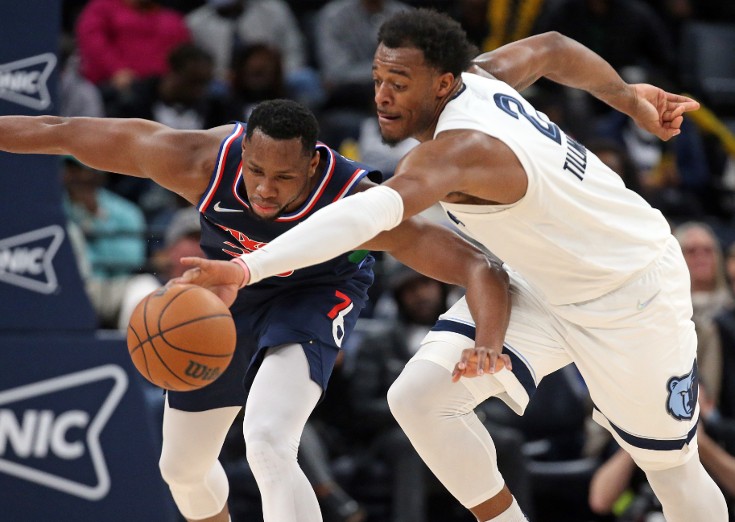 
In Monday night’s interconference rematch, the Memphis Grizzlies (35-17, 34-18 ATS) take on the Philadelphia 76ers (30-19, 25-24 ATS); NBA picks are posted here. Can Joel Embiid and the Sixers get their first win against the Grizzlies since February 7, 2020? In addition to the starting lineups, our best NBA picks and betting trends are available below.

All Grizzlies vs 76ers betting odds can be found at BetOnline

Also, in the Grizzlies’ 115-95 home win over the Wizards on Saturday, shooting guard Ja Morant scored a team-high 34 points in 34 minutes on the floor. Point guard Desmond Bane also closed his performance with 19 points, 1.0 rebounds and 4.0 assists in 29 minutes played. Memphis has won seven of its last 10 games. Adding to their three-game winning streak, the team is now 19-9 at home, 16-8 away and 17-7 ATS on the road this season.

As for the 76ers, in their 103-101 home win against the Kings on Saturday, center Joel Embiid added one more double-double to his career total. He accumulated 36 points, 12 rebounds and 6.0 assists in 35 minutes of action. Forward Tobias Harris also had 16 points, 8.0 rebounds and 2.0 assists in 32 minutes played. Counting this victory, Philadelphia has won seven of its last 10 contests. Now, they are 13-10 at home, 17-9 away and 9-14 ATS at home.

Based on ESPN’s Basketball Power Index, the 76ers have a 55.6% chance of winning.

Regardless, in the previous three head-to-head meetings, the Grizzlies are flawless 3-0 against the Sixers. On December 13, 2021, the first meeting of this regular season, Memphis won 126-91 at FedExForum. Also, the 76ers haven’t beaten them since Feb. 7, 2020, when they won 119-107 at the Wells Fargo Center.

Also, in the 76ers’ win over the Kings, guard Furkan Korkmaz injured his left knee late in the third quarter. The fifth-year player has been added to the team’s injury report. He is listed as questionable to play against the Grizzlies. In a total of 45 games played this season, Korkmaz has averaged 9.9 points, 3.0 rebounds and 2.4 assists per game.

To add to the above information, Memphis is 19-8 as a favorite, 14-9 underdog and 17-7 ATS away, while Philly is 21-9 as a favorite, 9-10 underdog and 9-14 ATS. at home. The Grizzlies are one of the best teams in the Western Conference. They currently sit third in the standings, six games behind the top-seeded Suns. Of course, guard Ja Morant was nominated as a starter for the 2022 All-Star Game. Heading into tonight’s contest, the 76ers are three-point favorites at home.

In addition to contrasting team records, the Sixers could get their first win against the Grizzlies since 2020. Philadelphia is riding a four-game winning streak, but Memphis has also won three straight. At the end of the day, think about picking the 76ers to win, they’ll cover the spread and the total will go under 221. If you are interested in learning the basics of sports betting, feel free to read our handicap betting guide. Other NBA selections are on the main page.

All betting lines were retrieved from BetOnline. Click below to claim a free bet if you are a new customer.