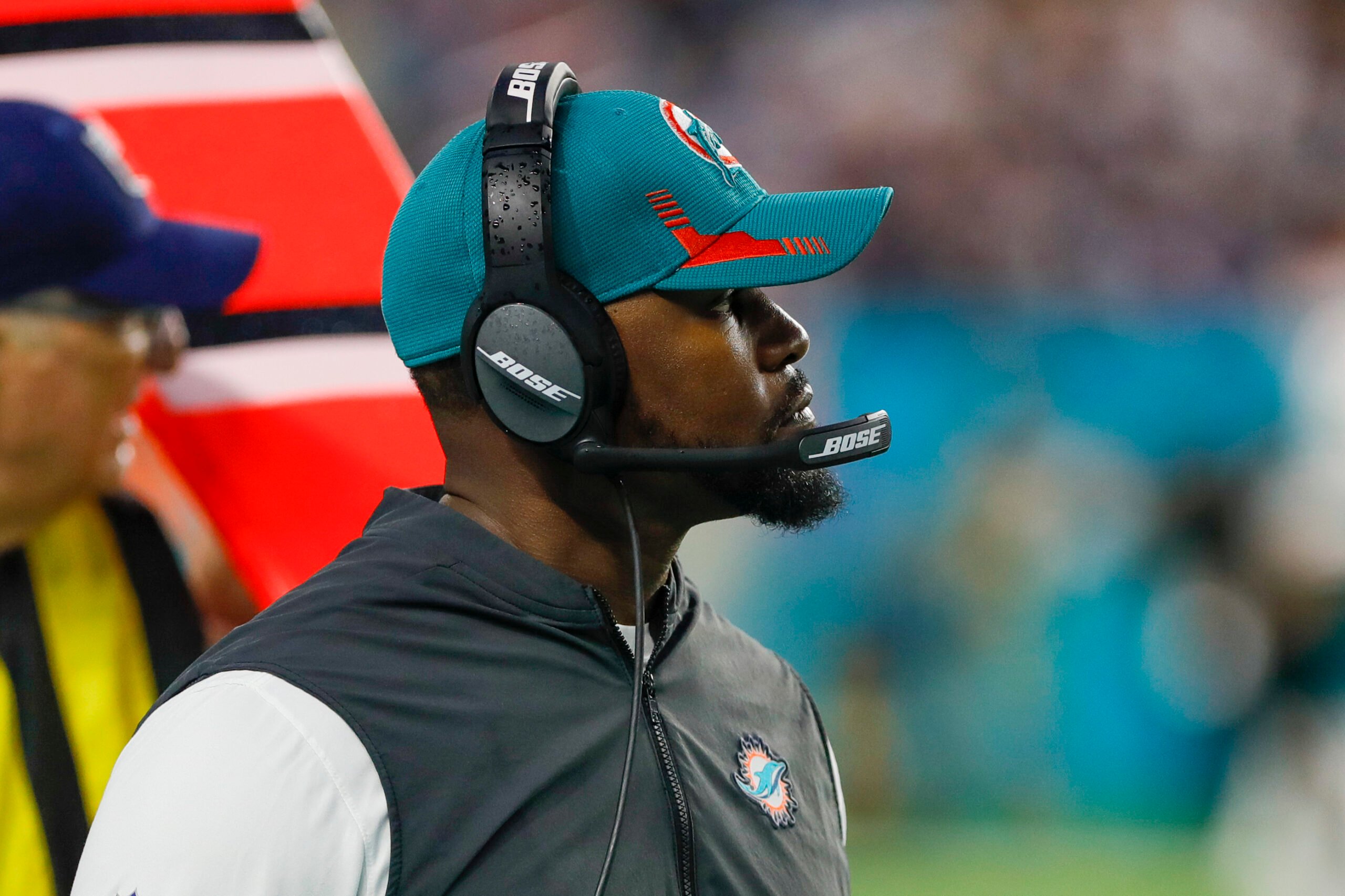 The Texans are interviewing one of their top targets for the head coaching vacancy for the second time, former Miami Dolphins coach Brian Flores, according to a league source who is not authorized to speak publicly. Flores’ first interview was via Zoom and it was brief. This is in person in Houston.

For the latest NFL head coaching news and rumors, be sure to bookmark our 2022 NFL Head Coach Tracking.

Brian Flores was fired by the Miami Dolphins

Flores, 40, was a surprise firing after going 9-8 in 2021. His firing came amid reports of disagreements with general manager Chris Grier over personnel decisions, including the selection of quarterback Tua Tagovailoa. He went 24-25 in three seasons as head coach. That included a 10-6 record two seasons ago and a 5-11 mark in his first year.

“I’ve been looking at this for three years and watching the organization grow,” Dolphins owner Stephen Ross said when Flores was fired. “And I think an organization can only work if it’s collaborative and works well together. And I don’t think we were really working that well as an organization to win consistently at the NFL level.”

Flores’ story in the NFL

A native of Brooklyn, New York and a former Boston College linebacker, Flores has a long history and strong relationship with Texans general manager Nick Caserio from their time together in New England. He joined the Patriots in 2004 as a 23-year-old assistant scout before becoming a professional scout. New England promoted Flores to the coaching staff in 2008 as a special teams assistant; He later coached safeties and linebackers. He had the responsibilities but not the title of defensive coordinator.

Flores went 4-2 against his former boss and mentor, Bill Belichick. That marks the most success against the Patriots HC of any coach who has faced him in the last three years.

“I am thankful most of all for the players, coaches and support staff who gave everything they had on a daily basis to help us win games,” Flores said in a statement when he was fired by the Dolphins. “They deserve credit for any success on the field, and it was the honor of a lifetime to go to work with them every day. I have always believed that leadership is truly about service, and I did my best to serve the players, staff and organization every day. I believe in this team and I will always value the relationships that my family and I have built here.”

The Texans have not given a timetable on their urgency to hire a head coach. But it seems that they have narrowed down the search to several candidates.