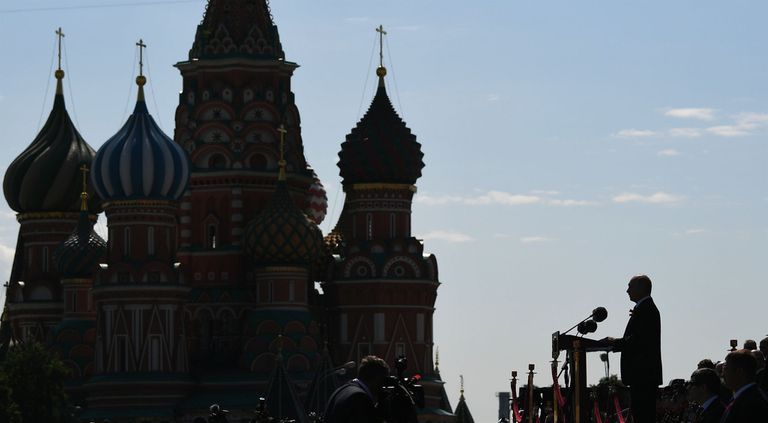 How the Russians see the conflict with Ukraine: four counterpoints with the Western perspective


“Don’t go to another monastery with your own rules” (“V chuzhóy monastýr’ so svoím ustávom ne khódyat”), says a Russian proverb that speaks of the need to change perspective to understand the situation of others. And that is what the Russians blame other countries for their views on the conflict over Ukraine.

The Russians maintain that “The West, and especially the United States, do not understand or analyze the conflict over Ukraine solely according to their interests”said from Moscow to THE NATION Russian academic Alexander Domrin, Doctor of Laws graduated in Russia and at the University of Pennsylvania, United States.

In a winter for now not as cold as other years, but always with snow and temperatures below zero, the Russian view of the conflict is very different from the Western one.

To begin with, while the United States talks about the imminence of a war, the Russian population does not generally see a close war risk. According to the independent polling center Levada Center, only two out of five Russians believe there will be a war. 39% of those surveyed consider that war is very likely or inevitable, 38% unlikely, and 15% completely rule out that possibility.

In fact, television news programs do not even devote much space to the subject due to lack of interest from viewers. For example, last Friday, the leading state channel, Rossia 1, opened its newscast on prime time with news of Covid-19, after the country exceeded the record of 100,000 daily cases. Secondly, he addressed the issue of ongoing trade talks between Italy and Russia, and only the third news was that of the conflict.

“From Russia we don’t understand the war hysteria in the West with this question. I see your news and the front pages of the newspapers, and It doesn’t seem like we’re talking about the same topic“, said to THE NATION the Russian journalist Victor Ternovsky, of the Sputnik agency.

The second big difference is the view of the Russians on the basic problem. “Kiev, the Ukrainian capital, is the cradle of our civilization. All Russians know that in the 9th century Prince Vladimir was baptized there and converted our nation to Christianity. Furthermore, the area of ​​what is called Ukraine today is 20 times larger than it was in the 17th or 18th century, so it is a arbitrary boundary lineDomrin noted.

He then recalled the historic concept of “Mother Russia” similar to that of the Latin American “great homeland”, which includes Russians, Belarusians and Ukrainians, and that even the names of these countries – “White Russia” for Belarus and “the borderland” for Ukraine – show the unity of the “East Slavic conglomerate”. ”.

But what if the majority of Ukrainians, as an independent sovereign country, decide that despite those historical ties, they prefer to ally themselves with Europe and NATO and not with Russia? Domrin replied, “We have no problem with that, if it weren’t for the intervention in the matter of a country totally foreign to the region, such as the United States. Ukraine and Russia coexisted harmoniously as two independent countries between 1991 and 2014. And the risk of a Russian occupation was never discussed. Then there is no question that the coup in Kiev in 2014 was promoted by the United States. And now that the Joe Biden administration is not doing well with the economy or the pandemic, and has an election in November, the resurrection of the Russian enemy can work very well to gather votes in support of the government. What interests then responds to the sharpening of the conflict?

The academic, an expert in International Relations, then made a personal statement: “The fact that my arguments coincide with the foreign policy of Vladimir Putin, It doesn’t mean that I support what he does on Russia’s domestic issues, on which I strongly disagree.”.

The third issue in which the Russian vision differs from that of the West is the military threat. “Russia has not moved troops or military equipment outside its border. This is recognized even by the United States”, said the journalist Ternovsky.

“But NATO sent military equipment to Ukraine from the Baltic republics and other countries. I wonder What are Spanish planes doing in Ukraine?”, added the Sputnik correspondent, who later delved into a principle of the Organization for Security and Cooperation in Europe (OSCE) to which all the countries involved in the conflict belong, from the United States to Russia. “One of the principles of the OSCE is that a nation cannot take measures for its own security at the expense of the security of other member countries. The missiles that NATO is putting in Ukraine can reach Moscow in a few minutes. And in no case is the Russian military deployment equivalent against the countries that are arming Ukraine. How do you want the Russian population not to feel threatened?

The last point on which the vision of the common Russian citizen, beyond his ideology, differs from the West is on the situation in the eastern region of Donbass, in Ukraine. While on the entire Ukrainian territory about 17% of the population is of Russian origin, in the separatist region of Donbass, with more than seven million inhabitants, the percentage reaches 40%. And in a plebiscite held in 2014, 90% of voters expressed themselves in favor of separating from Ukraine.

“Obviously we Russians are concerned the forced Westernization of our compatriots living on Ukrainian territory. Due to strategic political decisions of the past, they are Russians who came under the jurisdiction of Ukraine. And just as we support the right of Ukrainians to autonomously decide their future, they too should have the same chance,” Domrin said. Anyway, he added: “I don’t think Russia will start a war. But of course the Moscow forces will defend any attack on the Russian population in eastern Ukraine.”