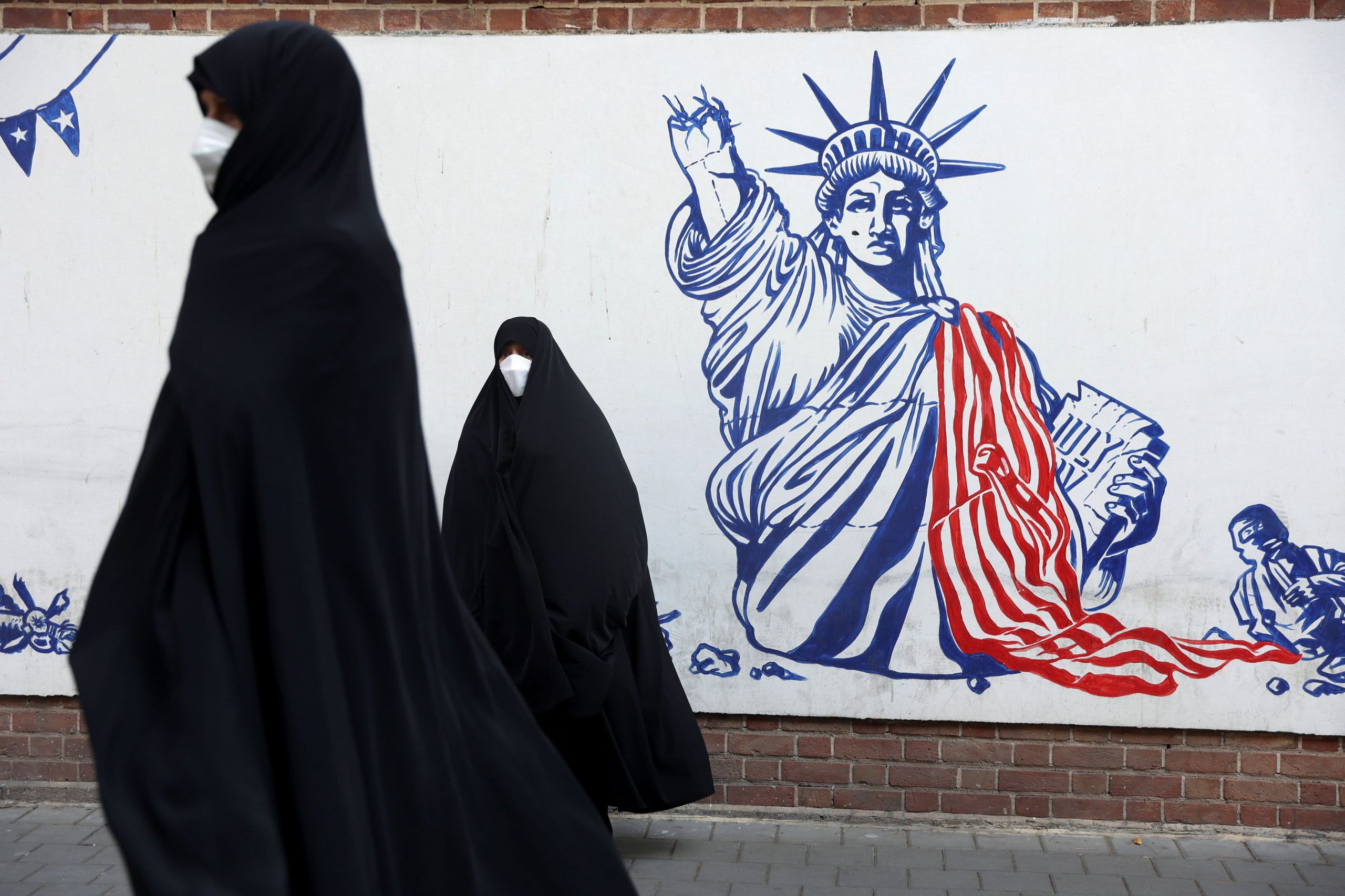 Protesters stand in front of a wall of the former US embassy with anti-US murals during the 42nd anniversary of the US expulsion from Iran, in Tehran, Iran on November 4, 2021.

WASHINGTON – Signatories to the Iran nuclear deal have only “a few weeks” left to reach a deal and usher in a mutual return to compliance with the deal, a senior State Department official said Monday.

“We are in the final stretch because, as we have been saying for a long time, this cannot last forever due to Iran’s nuclear advance,” explained the official, who spoke on condition of anonymity to share some details of the negotiations.

The official said the United States was not imposing an “artificial deadline” or “an ultimatum.”

“The Iranians have known for some time that we are reaching the final moment, after which we will no longer be in a position to return to the JCPOA because it will no longer have the value that we negotiated,” the official said. , adding that negotiations have been ongoing for about 10 months.

Last year, signatories to the Joint Comprehensive Plan of Action, or JCPOA, began the first of what would become eight rounds of all-day negotiations to revive the deal in various Vienna hotels.

The 2015 JCPOA, brokered in part by the Obama administration, lifted sanctions on Iran that had crippled its economy and cut its oil exports by about half. Along with the United States, France, Germany, the United Kingdom, Russia and China were also signatories to the agreement.

The other participants in the agreement are also known as P5+1.

Iran has agreed to dismantle parts of its nuclear program and open its facilities to more extensive international inspections in exchange for billions of dollars in sanctions relief.

In 2018, then-President Donald Trump followed through on a campaign promise and unilaterally withdrew the United States from the JCPOA, calling it the “worst deal in history.” Trump also reintroduced sanctions on Tehran that had been lifted earlier.

Tensions between Tehran and Washington soared to new heights under the Trump administration, culminating in a deadly US attack on Iran’s top military leader.

The January 2 attack that killed General Qasem Soleimani, a key military figure in Iranian and Middle East politics, followed a series of attacks on locations housing US and coalition forces, including the US embassy in Baghdad.

Immediately after Soleimani’s death, Iran launched at least a dozen missiles from its territory on January 7 at two military bases in Iraq that host US troops and coalition forces.

Iranian mourners gather during the final stage of funeral processions for slain senior general Qasem Soleimani, in his hometown Kerman on January 7, 2020.

A day later, from the White House, Trump said that Iran appeared to be “pulling out” and warned Tehran to abandon its nuclear ambitions.

Following Washington’s exit from the landmark nuclear deal, other pact signatories have struggled to keep the deal alive.

Since Trump’s decision to leave the deal, Tehran has increased its uranium enrichment and stockpiling well beyond the deal’s limits. In addition, Western powers are concerned about Iran’s ambitious advances in nuclear research and development.

Since then, the Biden administration has sought to return to the deal after a deadlock in talks following the sixth round of negotiations in June.

In June, Raisi ruled out a meeting with Biden, which the White House downplayed by saying the United States currently has no diplomatic relations with Iran.

Raisi, who is under personal sanctions from the United States over allegations of human rights abuses, was expected to take a hard-line approach to talks in Vienna.

After nearly five months of stalled talks, the State Department announced in November that the US special envoy for Iran, Robert Malley, would lead the US delegation to the seventh round of negotiations.