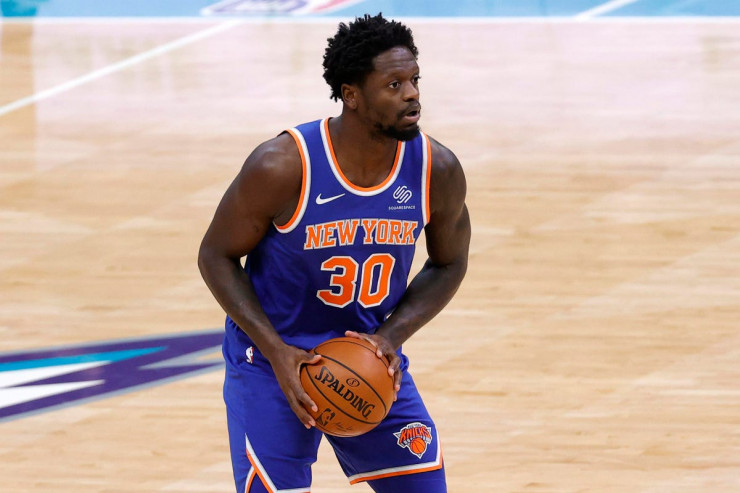 
East meets West when the Sacramento Kings are welcomed to MSG to take on the New York Knicks. Both teams currently sit outside of their respective conference Play-In spots. Let’s take a look at the top NBA picks and betting trends, as well as the starting lineups for tonight’s Kings vs Knicks game.

Both teams come into this game on a terrible run of form. Sacramento has lost the last 6 games it has played and has only won 3 of its last 14 games. New York, on the other hand, has lost 6 of its last 7 games, including a loss on Friday night against the NBA champion Milwaukee Bucks.

This is the Kings’ fifth and final game on the Eastern road trip. They have lost every game on the road so far, including a close game against Philadelphia, where they lost by 2 points on Saturday night. Tyrese Halliburton had a game-high 38 points in that one. Sacramento will expect more from their bench in this one after the entire bench combined for just 16 points, 11 rebounds and 6 assists. Two players came off the bench and did not contribute anything to the team.

2020 Round 1 pick Tyrese Halliburton is having a great season so far. He is averaging 14 points, 4 rebounds and 7 assists in 34 minutes of playing time this season. There will be a lot of reliance on him if the team’s leading scorer, De’Aaron Fox, doesn’t make it to the game. Fox is listed as a game-time decision on the injury report and missed the game against the 76ers. Fox is averaging 21 points per game on 46% shooting.

The Knicks will be looking to win again and this is the perfect opportunity for them. They lost a tough road game against Milwaukee on Friday night and will rely on RJ Barrett to continue to step up as Julius Randle’s struggles continue. Barrett is averaging 17.5 points along with 5.7 rebounds and 2.6 assists in 32 minutes of action per game.

The ESPN Matchup Predictor gives the New York Knicks a 70.6% chance of victory in tonight’s matchup. It’s a fair assumption. The Knicks will have a boisterous hometown crowd on their side, and despite being in poor shape, they’re still in better shape than the Kings.

The Kings are potentially without their star De’Aaron Fox, which will no doubt make this game that much more difficult for Sacramento. This is also the final game of a grueling road trip that has seen them take on Milwaukee, Boston, Atlanta and Philadelphia so far. It’s safe to say they’ll be happy to get back to California and play at home.