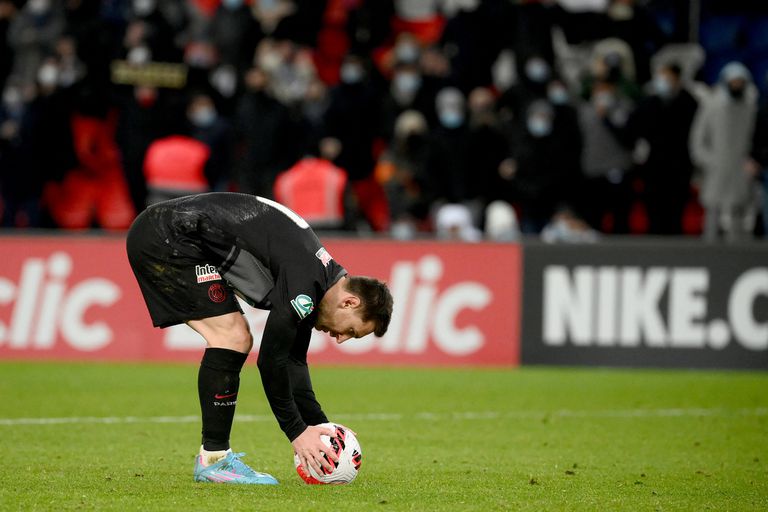 Lionel Messi’s labyrinth: he still hasn’t started his magic at PSG, while he misses every step of the national team


Sometimes life takes an unexpected turn. The tears for the dismissal of Barcelona to the tears of the Olympic return in the Maracana, a world. A universe that opens other doors, that breaks down myths. Or, in any case: that transforms theories. Lionel Messi used to be a marvel at Barcelona, especially in times of Pep Guardiola and Luis Enrique. He built himself, for some, the best player of all time, while adding titles of all colors. And here, around the corner, with the light blue and white shirt, it was an ordeal.

There he won, he liked it, became a legend. Here, even with extraordinary performances, I always felt – part of the media, above all – that he needed one more gear. They pointed to the coaches of the selected team, who did not know how to surround him. They accused his companions, who did not clothe him. An accomplice in that uncomfortable situation, with images that used to portray him between five, six, seven rivals, without a pass, overwhelmed in his own gambeta, Leo insisted. It was what I wanted most: devote himself to the selection.

World Cups, Copa Americas passed. He even quit after one of them, annoyed by repeated frustration. The finals that fell by the wayside. Until -it doesn’t matter, what happened before and after- he had to emigrate, leave the comfort zone, in a disgraced team. And, suddenly, the planets aligned: Scaloni, De Paul, Dibu Martínez and even a reborn Di María, sheltered him in the most wonderful Olympic lap. At PSG, meanwhile, it starts. Don’t run, don’t fly.

It’s the world upside down (finally, somehow): Leo is happy in the selection. He should be in a luxurious hotel in the Cordoba mountains, ready to hunt down Colombia, the next victim of the national team, undefeated, brave and, to a certain extent, lucky. However, he must be in Paris, in the Parc des Princes, in underground meetings in which, in any case, it costs him a triumph. It is not fine, it is not agile, perhaps he plays melancholy, as it happened in those years, when he crossed the ocean.

The Argentine star played this Monday his first game as a starter of 2022 in the match that Paris Saint Germain was eliminated against Nice by 6-5 on penalties, after a goalless draw, at the Parc des Princes stadium, for the round of 16 of the French Cup. It’s strange: Leo never plays bad. However, once again, it left a bittersweet taste in his mouth. With class, he scored his penalty, the first. Then, the collapse of a team that never puts third, fourth. Mauricio Pochettino is in the sights.

At 34 years old, he did not travel to the South American Qualifiers to play with the Argentine national team. quite a symbol. He made his first appearance of the year on Sunday last week, coming on with 30 minutes remaining in the Ligue 1 thrashing of Reims (4-0). That time, too, he showed sparks of his class. That participation marked his return to the courts after a month of inactivity, in which he missed the previous crossing for the French Cup and two other local championship games.

After playing against Lorient, on December 22, the man from Rosario traveled to Rosario to celebrate the holidays and contracted Covid-19 before the New Year, which postponed his return to France. Already in Paris, Messi complied with a gradual training plan, which meant that, in agreement with Lionel Scaloni, he was not called up for the qualifying matches against Chile and Colombia.

He started lying on the right, with the changed leg. Later, he focused as a free thinker, above all, in midfield, in the final meters. Rarely, he stepped on the area. Anticipated, caught in the first minutes, it costs him the physical touch. Active, but erratic in the passes.

He always has one more gear. Electrifying run to the right, dribbling, distraction. And a left-footed shot, at the end of the first half, directly into the goalkeeper’s hands. Each intervention causes a shock of confidence in his teammates and, above all, in the stands. Without Neymar, with Mbappé in the second half, Icardi immobile, only supported by the will of Verratti, Leo feels alone, like when he played in the solitude of the selected labyrinth.

Paredes entered, a partner here and there. It was not out of tune, but he missed a penalty, influential, decisive.

In Córdoba, there are his other teammates: Di María, Lautaro Martínez, Papu Gómez, Dibu Martínez and many others, beyond the absences. He finishes the job in Paris and, for sure, he must be connected with some of them, to know how they are, how they feel, that the undefeated must be defended and things like that. the european pain -Leo doesn’t even like losing the trick- he must transform it with good feelings, from the other side of the world.

Leo knows that it is the last great year: the year of the World Cup in Qatar. After the Copa América, now yes, he feels, it is a golden opportunity. There’s group chemistry, mostly. There is a good team. There are good interpreters (most of them, like him, feel more comfortable in the national team than in their clubs). And a coach who understands it. At PSG he has a major obligation: the Champions League. Meanwhile, in France you still have to learn the language, even though its class is universal.