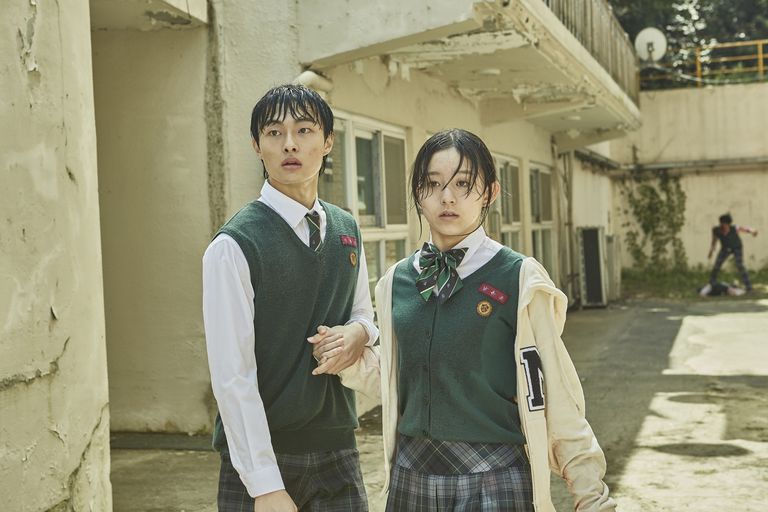 Netflix: In We are dead, pettiness and social inequalities are exposed in the midst of a zombie apocalypse

The zombie apocalypse has become a trademark of horror since George Romero’s classics, and today it is a common currency of South Korean narrative that has managed to appropriate the tradition linked to its own themes: survival games, social tensions and the playful explosion of gore. The last bet of this gallery of fictions is We are dead, series premiered in Netflix A few days ago he climbed positions on the platform following the fortunes of South Korea in recent times. One of his winks of self-awareness is the mention of Zombie invasion (Train to Busan, 2016), mega-success of South Korean terror in recent years, to which is added the competition of save yourself who imposed the squid game, and the conception of contagion as a plague and disease, the key that defined the zombie framework of the medieval Kingdom (2019).

Based on the webtoon Now at Our School, by Joo Dong-geun, the plot is not too different from stories of the living dead: dizzying spread of contagion, struggle to escape from the living, rabid voracity of the dead. Here the recent fears of the pandemic offer the trigger its connection to the present: everything is started by a small rodent that spreads a virus and infects teachers and students of a high school in the fictional city of Hyosan. However, what seems like an accident turns out to be an experiment that questions the danger of turning fear into rage via the modified testosterone of an innocent little mouse. Thus, the school becomes the perfect setting for constant escapes: from the laboratory to the art room, seeking to elude the monstrous infected and their devouring hunger. Although the privileged space is that of the school and the protagonists are the students and some teacher, the story unfolds as the episodes progress incorporating police, firefighters, military and other disaster areas.

Logically, as was the case in Romero’s world and continued to the present, with The Walking Dead as a reminder, the danger is always in the living. Because, ultimately, what all these fictions explore are the limits of the human, its dedication and pettiness in extreme moments. In one of the first episodes, the idea is clear in the dispute between two students, a brave but despised young man for living on state subsidies and a capricious girl who brandishes her privileges openly (Lee Yoo-mi, an actress with a brief participation in the squid game, in an otherwise ungrateful character). This dispute, beyond the danger of zombies, originates an explicit reflection on the divisions of Korean society, the inequalities of its social structure, and the moral character of its members, exposed in the context of a delusional catastrophe.

The tone always pushes any hint of solemnity towards the absurd, so the feast of bites and guts is wrapped in the conscious stylization of the genre: idles and temporary suspension, awkward irruption of music, slapstick falls, sarcastic comments and some destined characters. to the ironic counterpoint as the small group that resists in a school bathroom, integrating rebellious and displaced students together with a team of Olympiad athletes who soon go out to hunt zombies. The series never misses a beat, it unfolds in scale as the episodes progress, adding in that gesture other sources of humor -the collapse of a lady on a scooter-, of bewilderment -the firefighters looking at the horizon-, of chaos -accidents spectacular in the street-, and of course the usual moral reflections -a teenager and the fate of her newborn baby-.

Nothing is too original, but the series never sets out to subvert the standards of the zombie world but to make it entertaining, violent and bloody. In that decision is also his limit: his reflections on the evident internal tensions of Korean society are exposed without much more inventiveness than that of the manual that we already know. In that sense, Kingdom it offered a more complex portrait of society, even in the fantastic mirror of its medieval past. Here some discussions are highlighted in the dialogues, even the presence of the professor who started the experiment, with consequences as dire as possible to foresee, is a discursive anchor for any doubt about it.