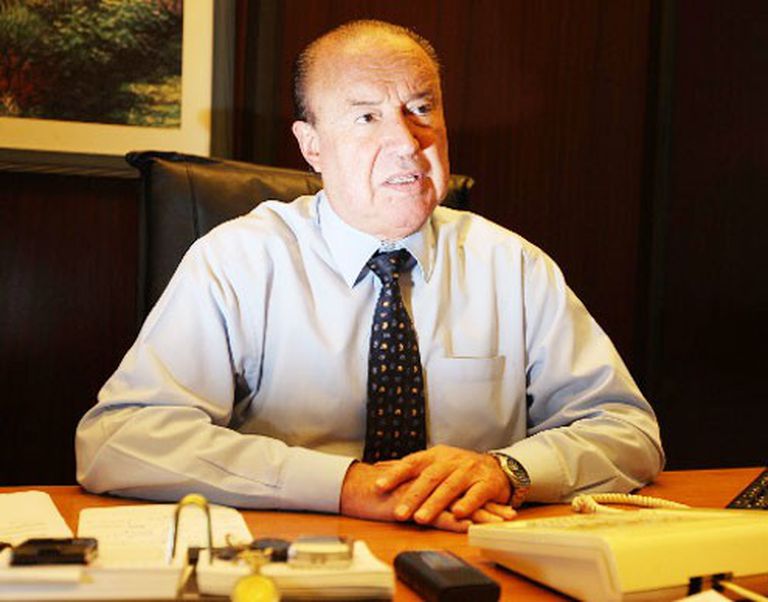 Roberto Digón, third vice president of Boca, died: a friend of Carlos Bianchi and one of the promoters of Mauricio Macri’s candidacy in 1995 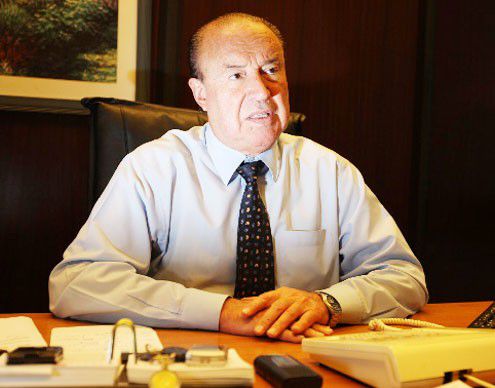 At the age of 86, Roberto Digón, third vice president of Boca, passed away. A week ago he had been admitted to the La Trinidad Clinic, in Palermo, for Covid-19. He had returned to the Ribera club with the inauguration of president Jorge Amor Ameal, then accompanied by Mario Pergolini and Juan Román Riquelme. But Digón was a respected and loved leader throughout the Xeneize world., added -beyond some interruptions- more than 20 years as a leader.

Digón, lifetime member No. 8080 and tobacco businessman, was a candidate for president for the elections to be president of Boca in 2008 by the Nuevo Boca Group (which he presided over since 1997), and being an opponent of Pedro Pompilio, representative at that time of the ruling party. . Digón was part of the board of directors led by Mauricio Macri since December 1995 until the end of 2003, when he held the positions of general secretary and third vice president, but then he had differences and left.

His first contact with Boca was in 1984. Antonio Alegre He offered him to be general secretary of the club, but he wanted to dedicate himself to politics and, if he accepted, he would not be able to help them as they wanted. That is why he was a member of the Disciplinary Court with Alegre and Heller in the early days, times when Boca was not doing well at all.

Ten years later, he was a key man for Mauricio Macri to win the Ribera elections. “Heller made the mistake of wanting to corner the stop to Grondona in the AFA What Angelici did with Alexander Dominguez at CONMEBOL. He ended up distancing himself from Alegre because of that. He made war on Grondona and the arbitrations against Boca began to be very treacherous. According the surveys macri he was going to lose the election 40-60. I helped make the campaign and turned it around 60-40″, said Digón two years ago in an interview with Infobae.

Digón was one of the few leaders who was a friend of Carlos Bianchi, that he could enter the locker room and maintain the codes for both the footballers’ side and the managerial side. Like Juan DeTurris. Dign fulfilled his role. “Carlos, if the campus needs something, tell me”, It was his header phrase in each concentration, in each trip. He dedicated many hours and days to the vocation of being a leader.

He always sought to have the right word, he never got lost. He might even get angry at a reporter’s question, but he always answered respectfully. He was a leader of the old guard, who spoke on the phone or in person without hiding anything. It even eluded him sometimes: “Yes, you are asking me about of player. It is true, we are in negotiations, but also because fulanito. There are two who can come from that club”. And that alerted the journalists who covered the Boca news all day.

In 2008 he lost the elections to be president, but Digón had a dream: When LA NACION asked him at that time “Why does the Boca fan have to vote for him? he had replied: “Because Boca needs a change. A stage of Macri has just finished, which was successful sportingly, but he is no longer there. In recent years, the member has ceased to be respected and tourism and certain sectors that have nothing to do with the club have been privileged. Issues such as reselling or not selling tickets came up. Giving very few seats to visitors made us gain a human antipathy for the discrimination we exercise and then pay when we go to other stadiums. Boca used to say we are local again and now we seem like a small team because of the places they give us. Let’s add figures like Carlos Bianchi, Beto Márcico and Jorge Bermúdez. We want to give back to the member the place he deserves”.

Being with Mauricio Macri in Boca, he was part of the dissident wing, since Digón would denounce Macri and Gustavo Arribas for irregularities in the passing of soccer players.

He had revenge in 2019, with the return of Jorge Amor Ameal and the weight of Juan Román Riquelme: “Since 1961 I have been a member of Boca. Those who turn 50 are given a special card. I passed the 25 years of life but the leadership of Angelici never recognized me. They gave it to people who fulfilled like me, but never to me. They didn’t even call me. In 2011 I went on the list with Ameal and we were beaten by Angelici. In 2015 Ameal wanted to go alone and we made a mistake because, if we had joined together, we would have won. In the last one, well, we won by beating”, he had said a while ago.