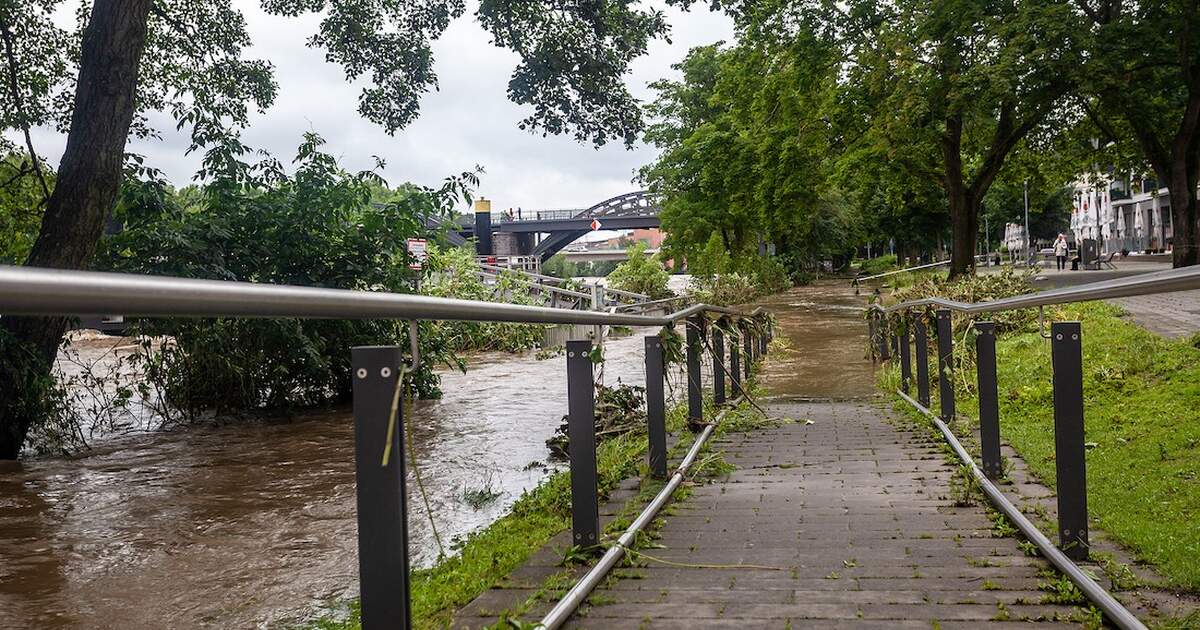 
A storm system from Scandinavia swept through Germany over the weekend, bringing with it gale-force winds and flooding. Hamburg and Berlin were severely affected, with flooding and power outages in both cities.

A strong storm, known in Germany as Storm Nadia, wreaked havoc in northern Germany over the weekend. Several people died from the extreme weather, which also brought public transport to a standstill and frequent power outages. Hurricane-force winds of up to 122 km/h were recorded at the Kiel lighthouse, which could be felt as far south as Saxony.

Hamburg was particularly affected by the storm, which was dubbed the Malik Storm by the Danish weather service and subsequently adopted internationally. Several streets in Hamburg’s St. Pauli district were flooded and cars were swept away. Other northern states, namely Schleswig-Holstein and Mecklenburg-Vorpommern, also received flood warnings over the weekend. Public transport was severely disrupted in the northern German states, and long-distance train services were suspended.

Several people in northern Europe died from the storm. In Germany, a man in Beelitz, Brandenburg, died after being hit by an election poster that had been torn off by the wind. Several people were injured by falling trees, which was also the cause of many of the public transport delays.

The weather also caused problems on the water, with a ship trapped under a motorway bridge in Hamburg. Two crew, including the captain, were thrown overboard, but both were rescued. A freighter was also swept offshore by the storm and left battling the weather about 16 miles off the coast of Cuxhaven. Tugboats were dispatched, and after a six-hour struggle they managed to control the ship.

Storm Odette is on her way

Another storm, called Storm Odette in Germany and Storm Corrie internationally, will follow Nadia/Malik on Monday. Odette is expected to be much milder than its predecessor, with a much less widespread storm field and slower wind gusts.

The German Weather Service (DWD) has forecast snow to fall in the Alps and low mountain ranges in the west. The snow is expected to increase in the coming days, and the DWD is warning that 60 centimeters of snow could fall by Wednesday.