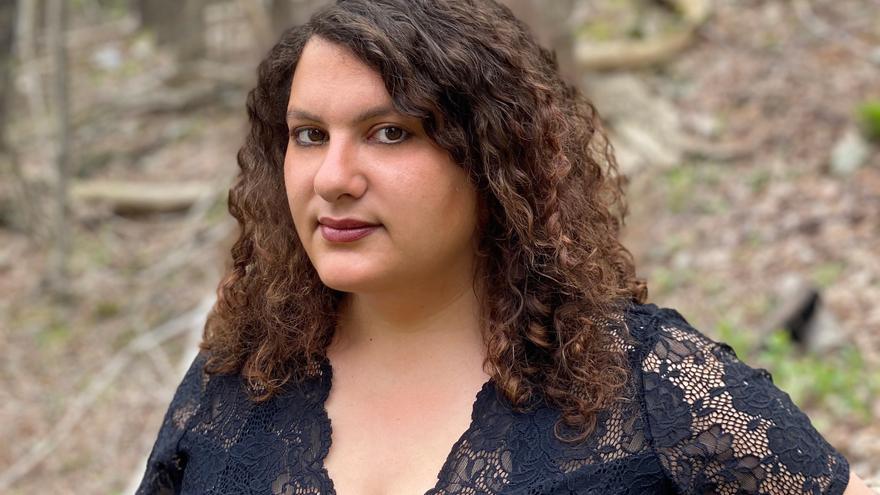 
Woman, Jewish, bisexual and anti-fascist. I could be the most hated victim of the white supremacists, but Talia Lavin decided to become his nightmare. For almost a year, the American journalist infiltrated the digital communities where neo-nazis Y anti-semites several share their wet dreams of unleashing a race war in U.S that leads to a new Holocaust.

After looking directly into the eyes of that Aryan hell, Lavin has portrayed his journey in ‘the culture of hate‘ (Captain Swing), a book widely applauded by critics for its ability to investigate and furiously, cheekily and even humorously portray the people who hide under that underworld of far-right violence.

– What led you to infiltrate among supremacists?

I started to see that it was not an abstract problem when I worked in a Jewish news agency and saw how most of the traffic came to us from neo-Nazi websites. After the supremacist demonstration in Charlottesville in 2017 I wrote my first article and received all kinds of insults. They told me that the Holocaust did not exist but that they should make one for people like me. If someone tries to scare you away you can run away, but I doubled down and decided that the best way to combat it was to make people aware of and understand these groups.

– What conclusions do you draw from your time there?

I think about two things a lot. The first is that although people believe that supremacists are losers without a job or life, they are totally normal people that you could find in the supermarket or at your child’s school. None of us are immune to propaganda and the more we cling to stereotypes the less you understand the problem.

The other is that their hate is built on stories. There are people who enjoy cruelty, but most of them hate it because they repeat a story to justify their actions. They honestly believe that the white race is under attack by Jews and blacks and that their actions will serve to guarantee their future.

– You point out that hatred of the Jew is inseparable from white supremacism. To what extent does anti-Semitic conspiracy underlie the DNA of the USA?

Anti-Semitism is largely our colonial heritage in Europe, we carry with us the stereotypes that were created there centuries ago. Hate is not an island, everything is connected and the Jew is the ultimate scapegoat. Thus, they may believe that the movement for the rights of African Americans is the work of Jewish elites who seek to welcome immigrants to mix the races and thus perpetrate white genocide. For the supremacists everything is a great conspiracy for Jewish domination.

– How are you taking advantage of the covid pandemic to popularize your slogans?

During the Black Death (14th century) the Jews were blamed for starting the plague and this led to pogroms with thousands of murders. That same story is recycled every time there is a time of crisis. The pandemic has caused great turmoil, paranoia, and fear. And, locked up at home, many have found a way into conspiracies that say vaccines are meant to kill us. When your life is at risk it is natural to look for a culprit and the Jews have held that position in the Western imagination.

“For the supremacists, the fear caused by the pandemic is an advantage to recruit people”

Supremacists have seen in covid a plan by the Jewish government to tame society. By infiltrating among the anti-vaccines they have made them come closer to their postulates. Fear is an advantage for them in recruiting people.

– To what extent has Trump’s xenophobic and nationalist rhetoric fed supremacists?

The supremacists took advantage of the arrival of Trump to popularize themselves. Trump has made it easy for different types of extremists to infiltrate the Republican Party. There are members of Congress aligned with the insurrection, others with supremacists, and others who are banning sex education books from schools. That is Trump’s product.

– Your support for the insurrection against the Capitol did your perception improve?

Many supremacists think that the insurrection was weak because they did not finish the job by assassinating congressmen. At first they thought that Trump would let them do their pogroms in peace, but then they made him a slave to the Jews because he put Jared Kushner in the White House and allied himself with Zionism in Israel.

– Do you see the 2024 elections as an opportunity to try to subvert the system?

There are many different visions. Disappointment with Trump led some to reject politics and embrace terrorism. Others have seen an opportunity to focus on state and local elections. That is where they are coming to make decisions that impact society.

– Has supremacism found in the incel community (involuntary celibate) a source of recruitment for its cause?

Completely. We imagine incels as ugly, rejected young men who will never find love, but they really believe that women who don’t want to have sex with them deserve to die. That anti-feminist extremism has inspired many terrorists. It is also a very nihilistic community and there is a lot of talk about committing suicide. With all that, they have become a bridge for the supremacists to recruit them.

– The Internet has been key in the heyday of the alt-right. What communicative importance do memes, irony, ridicule and humiliation of the victims have in the propagation of their discourse?

Humor is at the core of your digital strategy. It has a double function: it serves to attract young men and as a defense mechanism when accused. They play mocking violence, even if it’s videos of African-Americans being murdered, and making it seem like a joke when they’re spreading clear hate speech.

Already in the 1980s, supremacists used the internet to radicalize people without exposing themselves and act in terrorist cells. It’s a very tech-savvy group and now that they’re being banned from using traditional payment methods they’re switching to Bitcoin. Social networks know what is happening on their platforms, but they care more about profits than protecting victims. They have no excuse.

Writing the book was like taking acid every day, when you wake up and when you go to bed. It affects you because they are complex humans like us but that doesn’t absolve them because they have chosen to dedicate their lives to making other people’s lives worse, so I took it very personally. There are those who say that supremacists have the right to demonstrate even if their goal is violence. I care more about the fear of their victims.

– I was surprised to find that on the first page quotations to Dolores Ibárruri, the Pasionaria. What attracts you to her figure?

The Spanish Civil War is seen as a model of anti-fascist solidarity. The ‘They will not pass’ is a great slogan to remind us that we must not give an inch to the fascists.