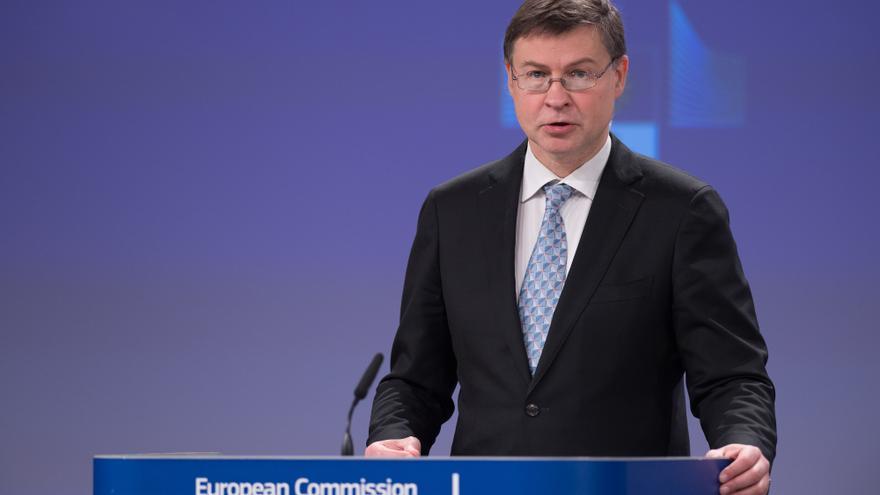 
in fear of a Russian military offensive very present and on the eve of a new conversation between the Russian foreign minister, Sergei Lavrov, and its American counterpart Antony Blink, the European Union wanted to stage this Monday again its full support for Ukraine with a double visit of representatives of the European institutions to the country. On the one hand, the vice-president of the European Commission, Valdis Dombrovskis, has traveled to Kiev where he has met with the Prime Minister Denys Shmyhal and he will do it this Tuesday with the president Vladimir Zelensky. On the other hand, a delegation of MEPs from the foreign and defense committees have traveled to the port city of Mariupol, in the Donetsk region, to learn about the situation on the ground.

In both cases the message has been identical: firm and total support for Ukraine and an appeal to Moscow to lower the tension. “Ukraine is not a threat to European or Russian security. It has been Russia that has caused the significant deterioration in security with the accumulation of troops on the border with Ukraine and the illegal annexation of Crimea”, the Latvian politician recalled, stressing that the EU, NATO and the United States share the same position: any further aggressive action by Russia will have serious economic and political consequences. “If the situation deteriorates, we will coordinate with our partners and adopt massive sanctions that they will have a immediate impact and they will be hard to get around”, he insisted during a press conference with Shmyhal.

Domvrovskis took advantage of the appearance to confirm that the European Commission will approve this Tuesday the new emergency package of financial assistance, of 1.2 billion, announced by Ursula von der Leyen last week. A much-needed package, he said, to reassure investors, given the complicated situation Ukraine is going through in the markets, and whose first 600 million could be disbursed as soon as the Council and the European Parliament give the green light to the package and the agreement is signed. memorandum of understanding on reforms with Kiev.

The Vice President of the Commission has also referred to the gas crisis and the possibility that Moscow will suspend gas shipments through Ukraine. In this sense, he has assured that they will do everything possible so that Vladimir Putin’s government does not use natural gas as a weapon – 40% of the gas consumed by the EU currently comes from Russia – and has announced that the northstream 2 Pipeline, which will send gas from Russia to Germany via the Baltic Sea, is still awaiting certification from regulators as Brussels examines whether it meets European energy policy goals.

Solidarity of the European Parliament

They have also appeared in Ukraine, although 800 kilometers from the capital, the displaced delegation of MEPs to learn about the situation on the ground. “The accumulation of Russian troops on the border with Ukraine is a huge concern for all of us and we are here to show solidarity with Ukraine and its citizens in these hours of uncertainty”, explained the president of the European Parliament’s foreign committee, David McAllister, which has warned that “the ball is in Russia’s court” and that the crisis can only be resolved through dialogue. “This crisis can only be resolved through diplomatic means and that is why we call for continued efforts on diplomatic talks in all possible formats.

At his side the French liberal Nathalie Loiseau He has recognized that the situation is serious and, like the German conservative, has warned that “a serious diplomatic effort” is necessary to defuse a serious situation that is taken very seriously. “We are seeing Russia trying to destabilize the country through disinformation, cyberattacks and other types of manipulation. We will stand firm and continue to support Ukraine. The future of Ukraine cannot be decided without the Ukrainians”, he has proclaimed, insisting that “Ukraine must be free to choose its future” and that they are ready to adopt “unprecedented sanctions” if Vladimir Putin decides to invade Ukraine. the nerves of the population but we see a Ukrainian population that wants to remain calm” said Loiseau, who along with the rest of the members of the European Parliament, will travel to Kiev on Tuesday to meet with the prime minister.