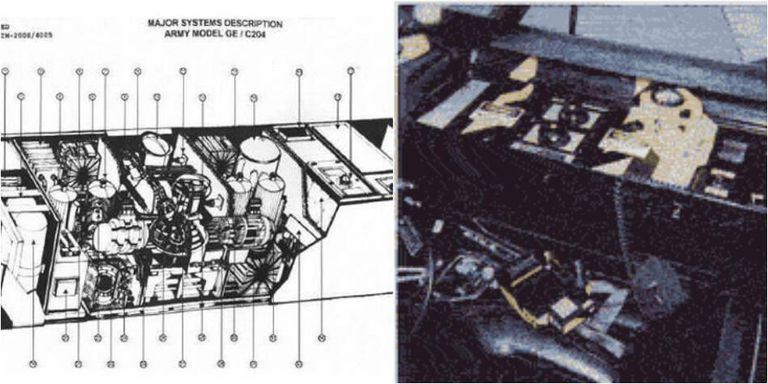 The incredible story of John Titor, the alleged time traveler


“Greetings. I am a time traveler from the year 2036. I am on my way home after getting a computer system IBM 5100 from the year 1975″, wrote a person on the internet forum BBS when the network was taking flight, in the year 2000.

The message caused ridicule and criticism from Internet users, as they did not understand how someone identified as a time traveler. Would it be some character from the movie Back to the Future, from 1985?

John Titor, 38, was the author of those writings. This is how he identified himself and, to this day, it is not known who was behind his messages. Despite that, for two years he excited and made thousands of people aware of his trip, predictions and opinions about the planet Earth.

Tutor said that, Thanks to his time machine, supposedly built by General Electric, he had been able to travel from 2036 to 1975. He identified himself as a United States Army soldier based in Tampa, Florida. In his account, he assured that his life in 2036 amazed him because it was centered on family and community.

Users were encouraged to ask the person behind the screen about different topics and, to their surprise, they received physical, scientific and philosophical explanations that made them believe that they were talking to a soldier with great intellectual capacity.

Sure: they didn’t completely ‘buy’ him into his time travel theory. But almost.

The man claimed to have a special mission: to obtain an IBM 5100 computer from the year 1975. He had already achieved it, however, he was on his way home to 2036 when he got stuck in 2000. His machine was adapted to a 1967 Chevrolet – no, it wasn’t a DeLorean – but he needed to hook it up to a 1987 4WD to continue his journey. I just had to make some modifications to the suspension system.

“In my timeline, life is not easy. We live in a world that is recovering from years of war, poison, destruction and hate. All of this, courtesy of the thoughts and actions of people living right now, worrying about shopping or whether a stranger is lying to them online,” he told his followers.

Titor took advantage of his space on the web to talk about what would happen in the world. For example, he claimed to have been born in 1998, but his childhood was affected by the political situation that caused a Civil War on North American soil and that ended in 2015 when the Third World War broke out between Russia, the United States, China and Europe.

It is worth saying that we are currently six years ahead of it: there was no explicit civil war in the North American country and the disputes between Russia, China and Europe usually take place at the diplomatic level and the vast majority of occasions over commercial matters. The third edition of a World War, under the conception acquired in the episodes of 1914 and after 1944, did not happen.

―How is the new government in 2036 compared to the current one? asked another forum user.

“They still have the motivation to make the atomic bomb before Hitler made it,” he replied.

He commented that in 2036 they were still printing books and going to school, only that, according to him, the educational system was no longer based on political indoctrination. “Having children is a little different and less common. On a normal day a school is similar to what it was 100 years ago with smaller classes and fewer teachers. study subjects such as history, citizenship and personal finances are less common”, precise.

The paper of the woman was another of the aspects that he addressed in his messages. I saw that in 2036 women had equal conditions to those of men. This was presented, for example, in the wages for their work. Although bullying still occurred, Titor said people in his year “don’t attack each other like they do here.”

He commented that in ‘his’ future there were herbal medicines, physical money, high-speed trains, consumption of books and music on the Internet. Also, the cars would decrease their presence and there would have been no contact with UFOs or the alien species. Of that 2036, so far away for Internet users at that time, there is evidence today: everything mentioned above exists.

There is natural medicine, tickets are handled in all parts of the world, trains are increasingly betting on routes in less time, the book market is still valid and, well, Spotify responds to the last item.

His most catastrophic predictions, which were not verified and of which he never gave more details, warned that the world was going to end due to a computer error. He also scared many when he mentioned that the United States would suffer a “mad cow” pandemic.

Although the subject claimed to be trapped in 2000, he never revealed his spatial location. Where did you write those messages from? Despite not having resolved that doubt, in 2001 it attracted more followers to the forum.

He was hopeful to have the adaptation of the car ready in the spring and to be able to start his time machine. It would carry, according to what he wrote, a large number of books, photos, web pages, audios and family belongings recovered from his house.

On March 13, 2001, he wrote his last message, in which he finally made a recommendation: “Take a can of gasoline with you when the car (in which you travel) dies on the road. Good luck to you. John”.

In 2003, two years after losing track of the subject, a publisher compiled all your forum posts and published them in the book John Titor: A Time Traveler’s Tale.

Private investigator Peter Lynch, as reported by the media Daily Star, investigated the publisher of the book and came up with the name of Larry Haber, a lawyer from Florida, United States. Lynch claimed that Haber and his brother Richard were behind the false story. However, they have never accepted it.

In 2018 -and with enough time to verify that Titor fished in a troubled river in the vast majority of his predictions-, Joseph Matheny, developer of Ong’s Hat, a conspiracy theory game, told the aforementioned medium that John Titor yes it was a product of fiction.

”It is a story that was created as a literary experiment. (…) I was a consultant for the project, but it was not my project”, he pointed.

Thus, 17 years later it was learned that the story of the subject had been born from the imagination of some, who interacted for several months with Internet users and made them believe that they were actually chatting with a ‘time traveler’.