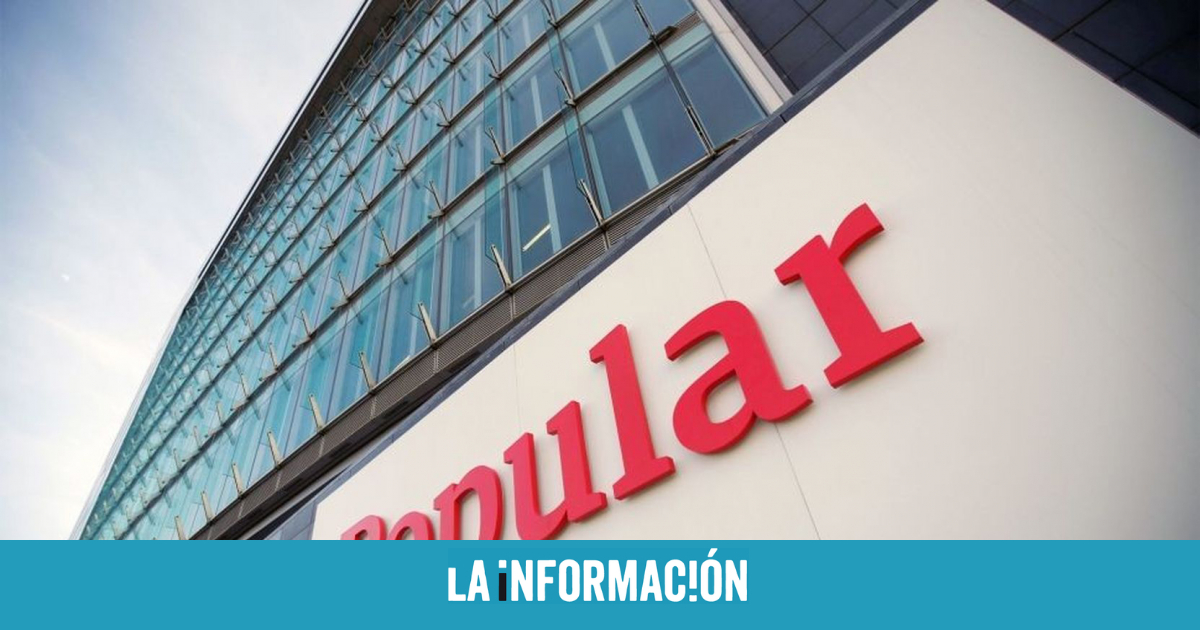 the Popular case will delve into the capital increase


Research on People’s Bank bankruptcy, one of the most efforts concentrated on the National audiencewill continue at least another six months, until next July 29. This has been agreed by the investigating judge Jose Luis Calama with the aim of being able to deepen the financing of clients for the capital increase of 2,500 million euros in 2016. In this way, the cause will approach its fifth anniversary, since it began in October 2017, only four months after the European body JUR agreed on the resolution, after the admission of several complaints against the two former presidents Angel Ron Y emilio saracho and members of the Board of Directors.

Throughout the more than four years of research, the researchers have compiled numerous documentary evidence, including testimony from relevant witnesses, like that of the president of the SRB Elke King; the former president of the Fund for Orderly Bank Restructuring (FROB) Jaime Ponce; or the former Minister of Economy Luis de Guindos; in addition to the statements of the former directors investigated. Therefore, legal sources close to the case understood that the investigation was coming to an end, which could have occurred at the end of this month of January when the last extension granted expired. Simply waiting for the latest expert reports to arrive and the appearances of experts already agreed upon to decide if there is evidence of a crime to bring those under investigation to trial or, on the contrary, file the case.

However, one of the last reports provided by the experts of the Bank of Spain would have planted new doubts in the judge, which has led him to want to delve into the matter. In said document, banking supervisor officials state that since 2012 the extinct bank had pending provisioning of 521 million euros in relation to refinancing operations for companies with financial problems through the fund Thesan Capital. For this reason, Judge Calama asked Banco Santander – which bought Popular for the symbolic figure of one euro – more documentation on this matter to clarify the risk management carried out by the resolute entity to carry out this operation, which is suspected which served to hide losses and alter their accounts.

Thus, pending the arrival of this documentation “of undoubted value” and from whose study “it is possible to determine and specify the necessary procedures that may derive from it, whether it be expand the agreed experts, to provide new documents that complement it or to collect the testimony of the people who have intervened in the facts investigated”, the head of the Central Court of Instruction number 4 of the National High Court has agreed to extend the investigations for six more months, according to an order, to which he has had access Information.

In said resolution, the investigating magistrate, who follows the criterion of the Anti-Corruption Prosecutor’s Office, who warned of the complications that Santander is having in finding all the requested documentation, also points out that it is pending that the experts from the Bank of Spain ratify in court appearance the report provided on Thesan’s operations, as well as another delivered on the correction of the valuations of assets awarded to Banco Popular. But the magistrate also emphasizes that there is still an important fringe to delve into: the possible financing to customers who participated in the capital increase in 2016.

It should be remembered that almost a year ago, in February 2021, the judge asked Santander three files with documentation to investigate whether Banco Popular granted financing to clients for the capital increase and whether “deliberately did not subtract it from the regulatory capital”. This operation does not imply an irregular practice in itself, but it is accounting for the money in the solvency ratios since it must be deducted from the capital.

The instructor suspects that the former senior positions of the resolved financial entity, such as the general directors of Retail Banking, Antonio Pujol, and Customer Business, Jose Ramon Alonso, were the ones who “led said financing, encouraging the commercial network -through the territorial and regional directors- to offer financing to certain customers of Banco Popular in order to participate in the aforementioned capital increase”. In addition, in the order in which he requested collaboration from the ‘heir’ bank chaired by Ana Patricia Botin, the magistrate highlighted the doubts that the Internal Audit Department had not opened “extensive investigation” about these facts.

On the other hand, the order that agrees to the new extension also highlights that among the procedures pending to be carried out are the statements of the inspectors from the Bank of Spain and the European Central Bank (ECB) who supervised and inspected ‘in situ’ Banco Popular before its resolution. His statements have been scheduled for February 24 and March 3 and, as Judge Calama explains, his testimonies are important to clarify “Relevant aspects related to a probable underfunding of provisions in the balance sheet” of the defunct bank.

Likewise, he recalls that the former director of legal services, Thomas Pereira, to whom is attributed the “legal design” of the network of instrumental companies to carry out the alleged irregular refinancing of clients in Luxembourg, has not yet declared as accused, despite the fact that it was scheduled for last June, although the appearance was suspended until the recent report of the experts of the Bank of Spain was known. For all these reasons, due to the “extraordinarily complex nature of the facts investigated”, the judge considers that it is “absolutely logical and reasonable” expand the instruction.