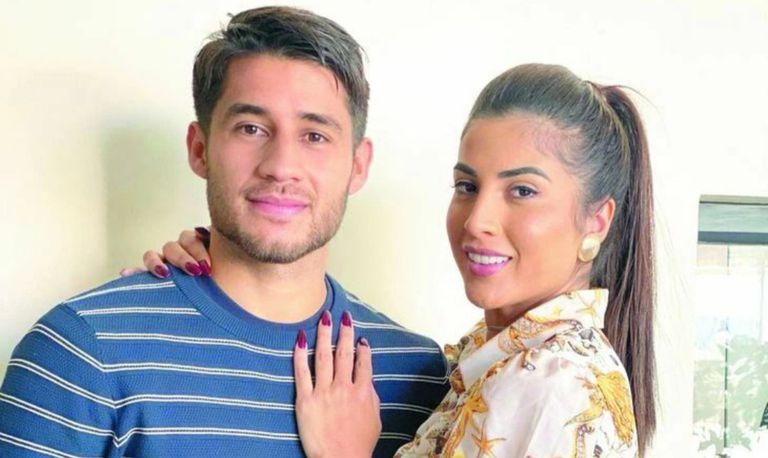 Vita Aranda, ex-wife of soccer player Iván Torres, is murdered after a shooting at a festival in Paraguay


Paraguay does not get out of its astonishment after the shooting that occurred this Sunday at the music festival ‘Jaumina Fest’ in San Bernardino, a town located 50 kilometers from Asunción. At least two people died, one was Cristina “Vita” Aranda, ex-wife of Paraguayan soccer player Iván Torres.

According to the first reports, the massacre was unleashed at the hands of a hitman who was in the place and would have been for drug settlement. The head of the Homicide Department of the Paraguayan National Police, Hugo Big, reported in statements to local media that the shooting that “Aranda’s death was a collateral effect”, because the perpetrator of the crime shot Marcos Ignacio Rojas Mora eight times, the second deceased person, who would be an Argentine from Misiones who had attended the José Asunción Flores amphitheater in San Bernardino as a spectator.

Likewise, four people were transferred to the Trauma and British hospitals after suffering gunshot wounds and their condition is stable. As reported ABC TV Paraguay citing a report from the national Ministry of Health.

Who confirmed the death of the ex-partner of the soccer club Olimpia de Paraguay was Yolanda Gonzalez, director of the National Hospital of Ituaguá. The woman told the aforementioned medium that Vita arrived with a bullet wound to the head, there she was intubated, cardiopulmonary resuscitation was performed for 25 minutes, but after several attempts she died. “He made a stop. After the long resuscitation, he died.”, detailed the professional.

Vita was 29 years old and was recognized for being influence who worked for several brands related to the sport and the life fitness. He also taught nutrition and gymnastics classes through his social networks. Likewise, the woman had an clothing entrepreneurship which was named after her, which was launched after the arrival of the Covid-19 pandemic.

At the same time, Cristina had three children with Torres, Elías, Emanuel and Piero. The woman He had confirmed his divorce with the father of the children on December 20, 2021 after ten years of marriage. He did it through a statement on his social networks, in which he explained that his personal life was always kept away from his professional life, but that because of the love and respect of his followers, he decided to make this notification. However, the woman avoided giving details of the separation and asked the media to respect her privacy.

Let’s remember that Torres played in Argentina during 2016 and 2017. There He played as a footballer in the Colón club, where he was loaned from Olimpia, in which he currently plays. At the time of the massacre, he was with Vita, with whom to this day he had an excellent relationship and there were rumors of a possible reconciliation.

Although during the first moments of the tragedy there were no responses from the organizers of the event, the silence was broken when the presenter junior rodriguez He expressed his pain for what happened through Twitter. “Very sad everything, without words. Heartfelt condolences Tito and the relatives of the other victim”, wrote.

Many friends of the young woman and her husband left heartfelt farewells on social networks. “Chiqui, we are going to miss you so much. I can’t believe this, it breaks my heart. So young, full of life, beautiful inside and out, a mother of three little ones who are left without her due to the insecurity that plagues us”, posted Miss Paraguay 2014 Jessica Servín.

Amaral cello, a popular journalist and friend of the young woman, sent a message to the influence in the company of a photograph together: “His charisma and determination will be missed. A deep sadness invades us all, what impotence”. As long as Noelia Noguera, a dance choreographer, wrote: “Those of us who have known you before, have always known that you were always a light wherever you went. I promise to pray every day of my life for your babies, my soul hurts my country”.

In addition to the messages of condolences from his relatives, there were many the followers of Aranda and Torres who expressed their pain in the networks for the death of the influence. In the last post that Vita made on her Instagram account, several users left her the universal message of mourning: “Rest in peace”.

The murder took place in the theater José Asunción Flores, where there were hundreds of people. Among the artists of Argentina was Pablo Lescano, the leader of Damas Gratis, with his entourage. But, according to the information, he left the place quickly.