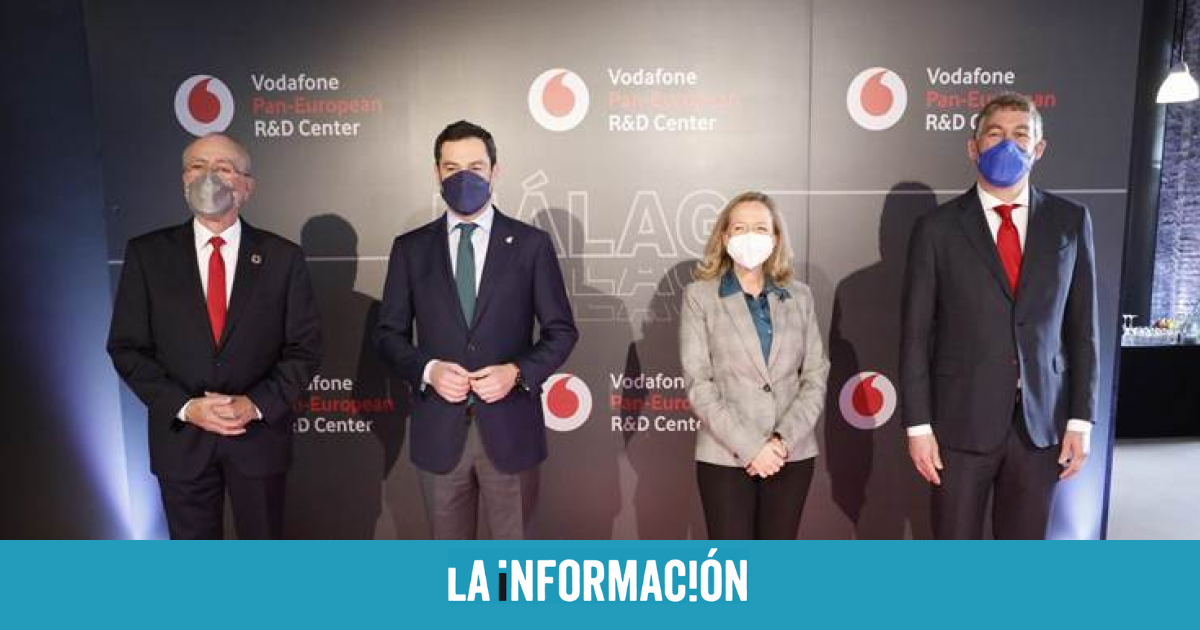 
Vodafone you already have your new European R&D center in Malaga. The telecommunications operator will invest 50 million euros annual for the next five years. It will centralize all its innovation activities in this infrastructure, built in Malaga. They expect to create more than 600 jobs. The CEO of the company, Colman Deegan, has ensured that this opening reflects the company’s “commitment” to the Spanish market, at a time when another dance of potential mergers is starting and purchases among major competitors.

The center is located in a space formerly in the hands of Adif -and today of the firm Impact Hub- next to the María Zambrano Station in the capital of Malaga on a provisional basis. Already has the first 40 employees. Between January and March of last year, it organized an international competition to decide in which European city it would establish this center. Seven cities from five European countries participated, which had to offer all kinds of information on lifestyle, availability of technical talent, working conditions, public aid or connections with universities. “Spain continues to be a pole of attraction for digital talent”, Deegan pointed out.

Vodafone intends to use the center to develop and launch new products and services faster and in multiple countries at the same time. It will focus on technological solutions based on the Internet of Things, Edge Computing or the open network standard (OpenRan). This initiative is part of Vodafone’s plan to recruit almost 7,000 software engineers across Europe by 2025, through a combination of recruitment, skills training for current employees and internalization.

The First Vice President of the Government and Minister of Economic Affairs and Digital Transition, Nadia Calviño, was present at the opening. He has insisted that, like the tennis player Rafael Nadal in tennis, Spain is at the forefront in broadband infrastructure, which is key to the 5G and 6G that will arrive. Precisely on ultrafast networks has confirmed that the cybersecurity law will reach the Congress of Deputies this year, as The Information advanced. This has meant that most operators have chosen to remove Huawei from the key part of the infrastructure (known as ‘core’).

Calviño has highlighted the year of work to bring the center to Malaga, which he has identified as the “optimal destination for this project” and whose technological ecosystem he has praised. The first vice president has predicted that the facility will be a “lever” of economic growth not only for Malaga and Andalusia, but also for Spain and Europe.