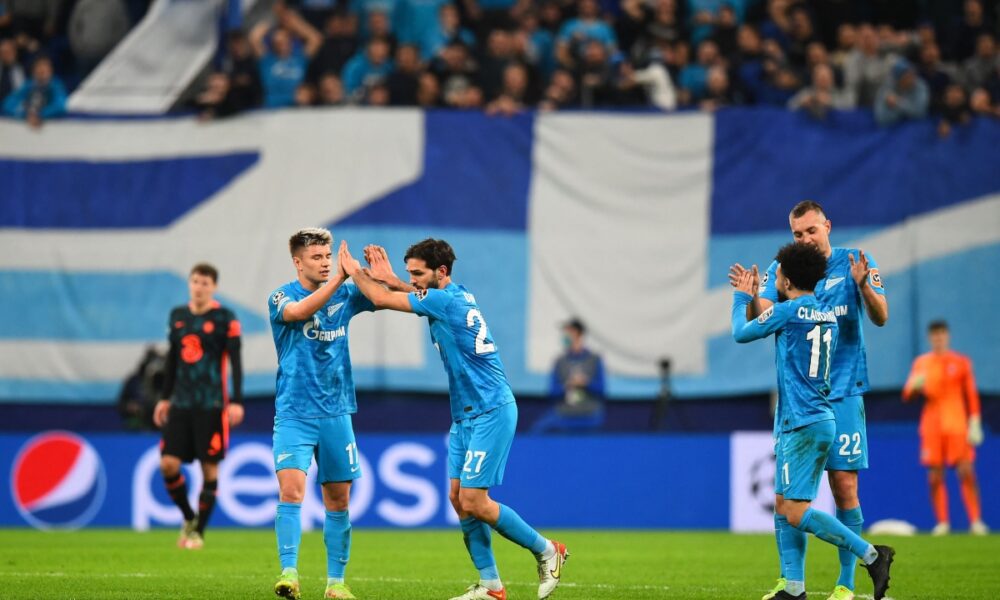 
ZENIT named three boys as substitutes for their dramatic 3-3 Champions League draw with Chelsea, just after the trio played in a Youth League tie between the two clubs.

But although the Russians made five second-half substitutions and substitute Magomed Ozdoev stole a brilliant save in the 94th minute, youngsters David Byazrov, Daniil Kuznetsov and Danila Khotulev remained on the bench.

The trio saw a sensational slice of life at the top as Chelsea took a second-minute lead, before Zenit scored twice just before half-time.

Andreas Christensen looked around the Mason Mount corner for Timo Werner to drive home from a yard as Thomas Tuchel’s men looked for the victory needed to top the group ahead of Juventus.

But Claudinho, unmarked, headed in a cross from Douglas Santos and Sardar Azmoun ran clear to score.

Werner helped Romelu Lukaku equalize midway through the second half and then put the Blues ahead in the 85th minute.

But Ozdoev reinforced a half-volley equalizer in stoppage time.

For the young Zenit trio it was a glorious opportunity to observe and learn.

The leaders of the Russian Premier League had lost their rhythm in Europe before the touching comeback on Wednesday.

In fact, Zenit entered the game 11 points behind Blues and Juve.

The most read in the Champions League

And the Russian kids had barely ‘warmed up’ after playing in minus 12C temperatures in the youth game – colder even than St Petersburg expects at this time of year – before moving on to the senior bench.

In that previous match. Defender Alfie Gilchrist headed in a Lewis Hall header to put Chelsea’s youngsters in front in the 50th minute.

Kuznetsov fired a high rebound as Zenit woke up looking for an equalizer.

And Chelsea goalkeeper Lucas Bergstrom undid some of his earlier excellent work when Evgeny Kim’s shot slipped in to make it 1-1 in the 66th minute.