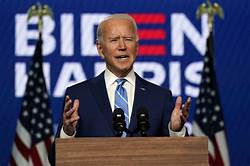 +7k drugs and cash found in Greenwich by ZA at TGS

It was the anniversary of Biden’s inauguration on January 20, in his 2020 campaign he laid out what some may call an “ambitious” plan. Barely a year as president, he has made significant progress in some respects, stripping away the marks of Trump’s reign. Through acts like rejoining the Paris climate agreement and repealing the ‘Muslim travel ban’. But many of the acts of the transformative change proposal have not yet been put into motion as a result of obstruction by 2 Democratic senators. Some things he said he would put in place or change. I will give an example but there are many more. Student Debt Forgiveness, on the Biden campaign he made a promise to “forgive all federal student debt related to undergraduate tuition from public 2-year and 4-year colleges and universities and private HBCUs and MSIs for debt holders earning up to $125,000.” He also repeatedly said that he would be willing to write off a debt of $10,000 per student, a claim he repeated in February 2021, after taking office.