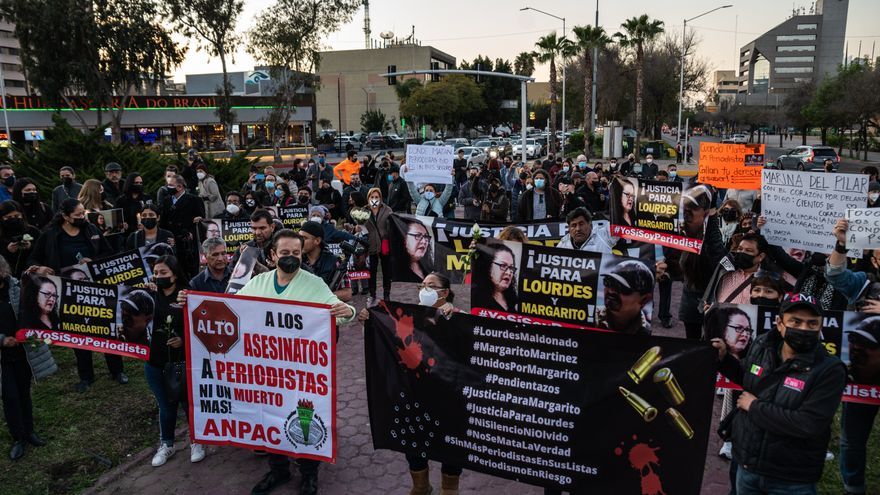 A fourth journalist is murdered in Mexico in 2022


the lawyer and Mexican journalist Roberto Toledo, a member of the team of the news portal Monitor de Michoacán, has been shot to death this Monday by three individuals who attacked him outside his office in the municipality of Zitácuaro, in the state of Michoacán. “Monitor Michoacán’s team has been receiving death threats today. These threats were finally carried out,” said the director of the information portal, Armando Linares, through a video on his Facebook in which he reported his death. murder.

According to preliminary data collected by the Mexican press, at 55 years old, Toledo has been riddled in the garage of his office by three armed individuals who shot him and fled. “They have shot him in a mean and cowardly way,” lamented his boss with a broken voice, affected by the loss of his partner. In his opinion, the “corruptions and (the) corrupt governments of officials and politicians” have led to the death of one of his companions. “We are not armed. We do not bring weapons. Our only defense is a pen, a notebook,” Linares warned.

At 1:00 p.m. (local time) the journalist died in a hospital in Zitácuaro as a result of gunshot wounds, as reported by ‘Diario de Coahuila’. Is he fourth journalist murdered in 2022 in Mexico, an act of violence that occurs amid a climate of indignation unleashed among Mexican journalists after the murder last week of reporter Lourdes Maldonado in front of her home in Tijuana. The Committee to Protect Journalists (CPJ) has reported between 1992 and 2021, 138 journalists killed in Mexico, the deadliest country in the world for the press.

The Michoacán Prosecutor’s Office has opened an investigation to clarify the crime and the Government has condemned Toledo’s murder. “The Government of Mexico condemns the murder of the journalist Roberto Toledo of the Monitor Michoacán portal. We will work together with the state and municipal government to clarify the case; we will not allow impunity. Let us defend freedom of expression and the right to information,” he said. assured the spokesman for the Presidency, Jesús Ramírez Cuevas on his Twitter profile.