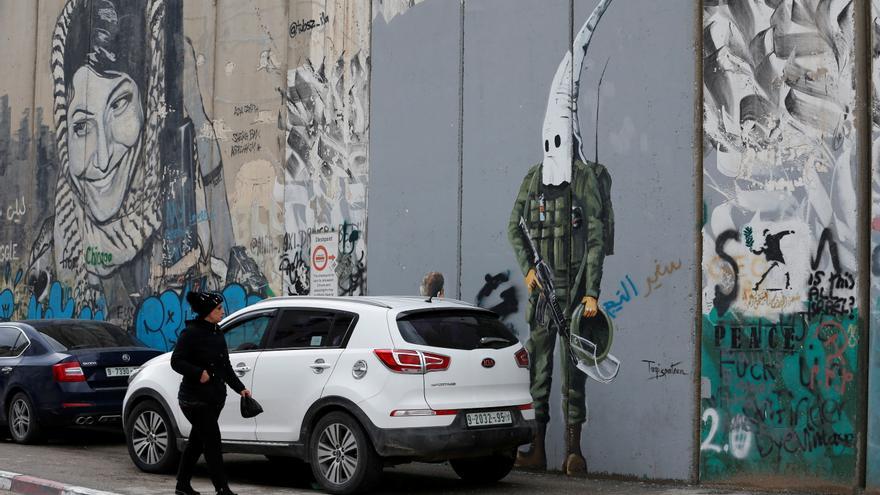 
Israel is a state of apartheid. This is what Israeli, Palestinian or international organizations, such as Human Rights Watch, have been denouncing this year. This Tuesday they have been joined International Amnesty with an extensive investigation launched in 2017. “Whether they live in Gaza, East Jerusalem, Hebron or in Israel itself, the Palestinians and palestine are treated as an inferior racial group that is systematically deprived of their rights,” declares a nearly 300-page report. In turn, the organization demands that the international community to act to hold the Israeli authorities to account.

“We conclude that the cruel policies of segregation, dispossession and exclusion in the territories that are under the control of Israel constitute without a doubt apartheid“, he stated Agnes CallamardSecretary General of Amnesty International. One day before the publication of the report ‘Israeli apartheid against the Palestinian population: cruel system of domination and crime against humanity’, Israel requested that it not be published, stating that the findings were “false, biased and anti-semitesThe harshness of the Israeli response contrasts with the rejoinders it made to previous HRW or B’Tselem reports.

Appeal to the international community

The Foreign Minister, Yair Lapid, described in a statement to Amnesty as “just another radical organization that echoes the propaganda, without seriously verifying the facts”. The international institution “reproduces the same lies shared by terrorist organizations”, he added. Hours before knowing the details of the investigation, members of the Army went to the Shuafat camp, in East Jerusalem, to demolish a Palestinian house.

Israel’s apartheid over Palestinians is a crime against humanity.

Amnesty asks the International Criminal Court (CPI) that considers the crime of apartheid in his ongoing investigation in the occupied Palestinian territories and the Gaza Strip. To argue this, they have documented “massive confiscations of Palestinian land and property, unlawful killings, forced relocations, restrictions on movement, and the denial of nationality and citizenship to the Palestinian population” as “elements of a system which, according to international law, is equivalent to apartheid“. The organization requires states to make use of universal jurisdiction to prevent the perpetuation of this system.

“There is no possible justification for a system built around institutionalized racist oppression and prolonged death of millions of people,” Callamard said. Israel has been half a century occupying West Bank and East Jerusalem, where demolitions of Palestinian homes have increased in recent weeks. The almost three million Palestinians residing in these areas live under the israeli military regime. Those of the fringe Gaza they suffer from the suffocating Israeli and Egyptian blockade. In turn, the Palestinians inside Israel they are victims of widespread discrimination in the labor and housing market and of institutional neglect.

Today’s @amnesty report strengthens a growing consensus among the international human rights community that Israel is committing the crime of apartheid. The question under discussion is no longer if, but where and to what extent.
Here’s our response:
🧵 https://t.co/jqnExiFGes

This Amnesty report joins the line drawn by Palestinian, Israeli and international organizations that have decades documenting and denouncing abuses on the ground. In addition, the pressure exerted by the boycott campaign of companies and artists, among others, which increasingly reaches more key people outside the borders of Israel. “The apartheid has no place in our world, and the states that decide to make concessions to Israel will find themselves in the wrong side of history“, the secretary general pointed out.