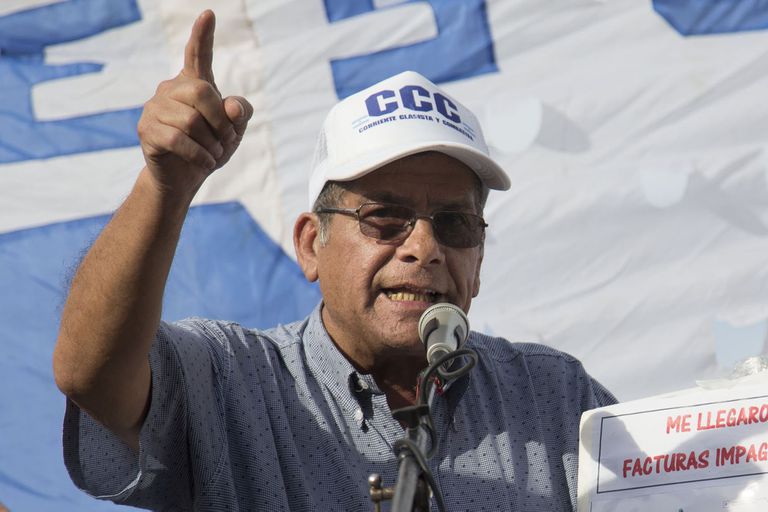 
the national deputy Juan Carlos Alderete (Front of All) he bowed to the position of the outgoing bloc chief of the ruling party in the Chamber of Deputies, Maximo Kirchner and anticipated that “does not accompany this agreement with the IMF”. The legislator also assured that does not know “what will happen in the vote in Congress”, and added that “this year begins the fiscal adjustment.”

In relation to the statements published by Máximo Kirchner yesterday afternoon to communicate his position regarding the agreement signed on Friday with the Fund, the referent of the Classist and Combative Current (CCC) He maintained: “It is a very respectable decision and I share part of the letter he wrote, I have already raised it in the block.”

Regarding the discussion of the fine print of the understanding in Parliament, he advanced: “I do not support this agreement with the IMF, I do not know what will happen in the vote in Congress. I never agreed that the debt should not be investigated.”

“The agreement with the Fund without a review of that fabulous credit means that the IMF won again,” Alderete continued in dialogue with La Mecha on Radio Provincia, and explained that “we all know that the International Monetary Fund means tying us down and conditioning us politically.” .

The social leader assured that “As of this year, the fiscal adjustment will begin in order to reach the goals set by the IMF”, and He stressed that “every three months they are going to review us and they are going to tell us what we have to adjust. It’s humiliating because it’s about sovereignty.”

For Alderete, this debt “should have been investigated.” In addition, he stressed that “the people want to know what was done with that enormous money that generations are going to pay”, because “it is always paid with the suffering of the people. The emergencies of our people have not been prioritized.” In this framework, he added that “the ones who have the least, the production and the workers, always pay,” so “we cannot keep our mouths shut with this because on top of it is the opposition that tells us what we have to do when they are responsible for the indebtedness. They play the crisis and want to overthrow the government”.

Meanwhile, the provincial senator and General Secretary of the Canillitas union, Omar Plaini, was more cautious and avoided referring specifically to a rejection of the agreement between the Government and the international credit organization: “Today we are going to meet with the Trade Union Front, with Pablo Moyano and we are going to discuss it. What the Macri government did was not an economic agreement. It was a geopolitical decision. The IMF supported the neoliberal government of Macri and Vidal. It has clearly been a scam and we have to analyze it from that place. From that place, Máximo Kirchner is seeing it clearly and is acting in accordance with his convictions”, highlighted today the union leader.

Despite the more conciliatory tone, the CGT leader spoke of “differences” and “tensions” within the official space. “Things must be called by their name. We have a coalition where there are differences and we have to manage those tensions. Each one has to represent that origin from which they come. There are issues like debt are central. I believe that a national plebiscite should have been held to see what the people think of this debt,” Plaini stressed in a dialogue with El Destape Radio.

The statements of Alderete and Plaini are added to that of other pro-government leaders who were aligned with the questions of the former block chief of the Frente de Todos in deputies.

Leopoldo Moreau, fellow bench member in the Lower House, who had already spoken out against agreeing with the International Monetary Fund (IMF), announced that when the understanding reaches Congress for debate, from his space they will seek to make modifications in order to alleviate, in his opinion, the social impact that the agreement signed by the Government may generate.

“Be supposed to [el acuerdo] it is going to be discussed, for that it is going to Congress”, he said in dialogue with Radio 10 and after that he assured: “For now we are going to draw attention to the dangers and risks, and hopefully that call for attention will serve so that when sign memorandums of understanding some issues are removed; because if not, we are going to enter a very complex situation”.