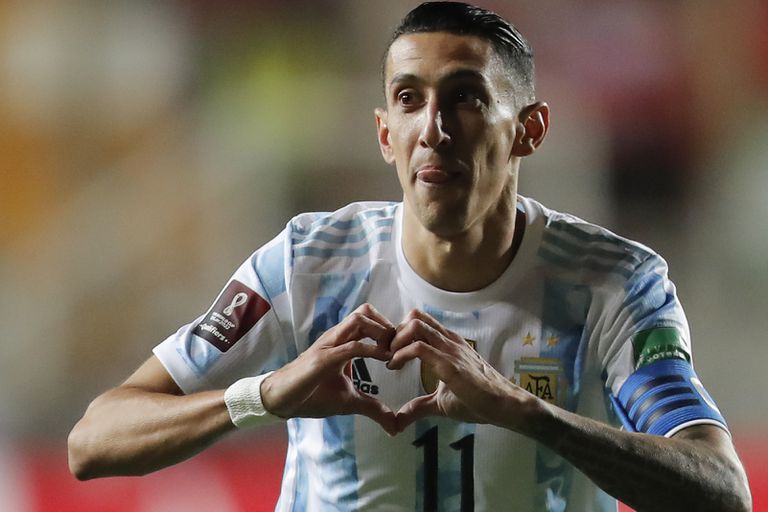 Argentina-Colombia, for the qualifiers: the soccer agenda to watch on TV on February 1


With Angel Di Maria as captain, the team Lionel Scaloni defends its undefeated record of 28 games against the Colombian national team, in a match corresponding to the 16th. day of the South American qualifiers Qatar 2022, competition to which the Argentine national team It has already been classified for two dates. The game will be played at the stadium Mario Alberto Kempes, From Cordoba.

After achieving a hard-fought victory in the Calama desert, the “Albiceleste” team will try to continue on the winning path, despite having already secured their maximum objective. The Argentine performance did not suffer modifications, and even more auspicious, the sporting ambition did not seem to be affected.

At a press conference, Lionel Scaloni was consulted about the presumed hostility with which his team was received in Chile. In this sense, the technical director made a harsh self-criticism that can be read as a message inside the campus: “We have to lower the decibels with what happened in Chile. It can happen that a hotel runs out of water… We have to put speculations aside. We think that everything is done on purpose, and it is not always so”.

Scaloni’s statements can be read as a response to the Argentine footballer’s sayings Rodrigo DePaul, who after the match against “La Roja”, He suggested that there would have been extra-sport tricks produced by representatives of the rival team so that the level of the team would be affected: “We spent almost three hours at the airport without being allowed to go to the bathroom, making us take down all the bags, after two and a half hours of trip… (…) Then we arrived at the hotel and in the rooms it was between 30 and 32 degrees and the air conditioners were not working, we had to open the windows to sleep; there were sirens, nobody could sleep well, and today, when we got up, we had no water…”.

On the contrary, Scaloni, who has already recovered from covid-19 and may be on the local substitute bench, admitted that he would like that, against Colombia, “people will support the Argentine team and respect the rival, not It may happen that there are racist songs. The issue of Chile has to end there, the controls are there and it may take longer than normal. To think that it is on purpose is very much ours, very Argentine“, large.

The coffee team still has chances of qualifying, as do Chile, Bolivia and, with fewer chances, Paraguay. For its part, Colombia is fighting for a place in the World Cup with Uruguay, Peru and Ecuador. Argentina and Brazil are the only teams guaranteed passage to the twenty-second edition of the FIFA World Cup.

In the order of local competitions, the two-time champion of America palm trees receive to Holy Water for the third date of the São Paulo tournament, at the same time that Botafogo from San Pablo will play the local team against railway.