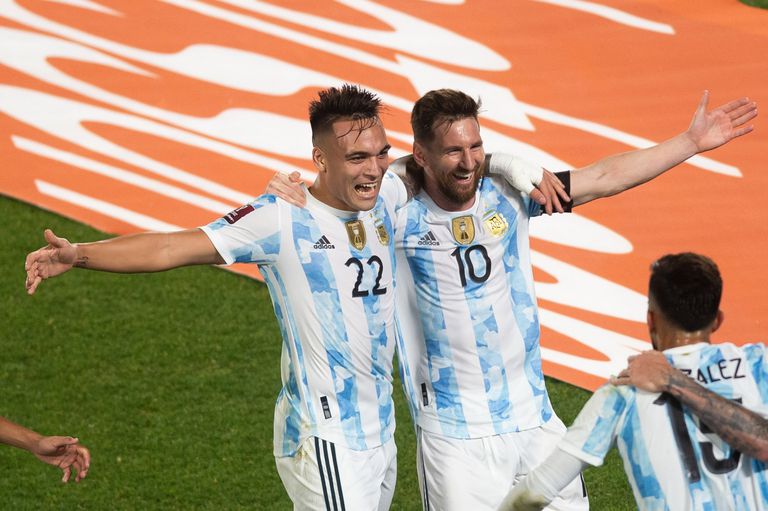 Argentine national team: If Messi or Lautaro Martínez, who converts the goals?


Champion of America, classified with comfortable anticipation to the World Cup, claimed in a 28-game undefeated series and with almost twenty boxes defined for the crossing to Qatar. Overflowing with certainties and with a group chemistry that presents the players as a pack of hungry wolves, does Argentina just need time to pass and November to arrive? No, relaxation takes its toll. The team still does not know what real place it occupies in the international context because it has not faced the Europeans. And he doesn’t know who is capable of scoring goals if Lionel Messi and Lautaro Martínez are not on the pitch. That unknown can find some clue tonight, against Colombia, paradoxically, the only South American adversary who still could not beat the cycle of Lionel Scaloni in regular time. Three draws and one defeat drag a close record that almost nobody has in mind because, the last time, the penalties of ‘Dibu’ Martínez erased everything.

Reviewing the statistics brings up an alarm. The selection in the Scaloni stage adds 74 goals and between Lautaro and the captain add up to 33, no less than 45%. Martínez and Messi concentrate the goal. It is never healthy because it shows a dependency. To be more forceful, who persecute them? A retired player, Sergio Agüero, with 3 goals, as well as Ángel Di María and Leandro Paredes, also with three. Then many with low shrapnel, like Alario, Ángel and Joaquín Correa, ‘Papu’ Gómez, Nicolás González, De Paul, Lo Celso, Ocampos and Dybala, all with two. An abyss between those and these, a dangerous disproportion. Obvious diagnosis: midfielders with reduced scoring capacity and no tenant in the area with their own weight, beyond Lautaro.

Tonight’s challenge, starting at 8:30 p.m., before the emergencies in Colombia, will propose an unknown scenario: play without Messi and without Lautaro, an unprecedented situation. Since Scaloni was confirmed in the position, that is, after the interim meetings in the second half of 2018, always, but always, at least one of the two was a starter. Until today, there have been 36 consecutive matches, since the one with Venezuela (defeat 3-1, but with a goal from Lautaro), in Madrid, in March 2019.

According to the coach’s plans, tonight the streak would be cut short because the Internazionale piece would stay on the bench. They are the fire of the selection, any example certifies it. In the qualifiers, Argentina has 22 goals, and 12 have his signature, six and six; after the Copa América, the Albiceleste scored 25 goals, and 15 are his own, with eight from Messi and seven from Martínez. The completion of the maneuvers belongs to them.

In the Kempes stadium – what an allegory – Di María will be able to convert, who has already managed to filter into the historical Top 10 of the national team and ignited his gunpowder after the immortal goal in the Maracana, because since then he has also broken Uruguay and Chile in Calama. Lucas Ocampos or ‘Papu’ Gómez will be able to score, the two pieces who will be in doubt until the last moment due to discomfort in their ankles and who yesterday did differentiated work before flying to Córdoba. Or you can celebrate a Paulo Dybala goal.

Dybala has 31 games in the national team, made his debut with Gerardo Martino in October 2015. He only completed 90 minutes twice, in friendlies against Singapore and Iraq…, a fact that resembles a conviction. He only scored two goals (against Mexico in a friendly and Chile in the duel for third place in the 2019 Copa América) and no unforgettable performance. Another unexplained fact the soccer player that surpassed the hundred celebrations in Juventus.

Sampaoli took him for a ride to the 2018 World Cup in Russia and Scaloni did not even add him to the 2021 Copa América in Brazil that ended the curse. Dybala does not belong to the eternal champions. Injuries, some unfair expulsion, a prolonged recovery from the coronavirus and performances that did not enable more minutes on the court they summarize a still disappointing spreadsheet. Scaloni has already offered him 18 opportunities, and he only played the entire game in the third season of the cycle, against Iraq, almost four years ago, when not even Pujato’s coach knew what would become of his life. And what will become of Dybala’s future in the national team? It’s about time I screamed.