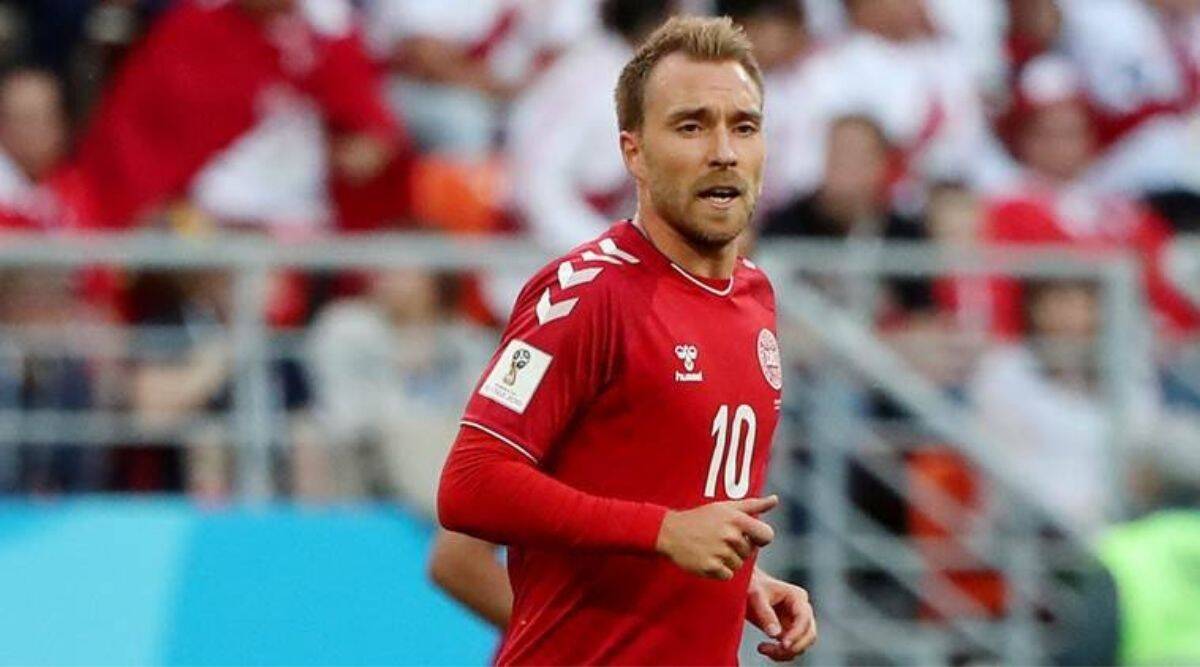 Giving a thumbs up to the camera, Christian Eriksen revealed the squad for his return to football, nearly eight months after collapsing from cardiac arrest at the European Championships.

“I am happy to announce that I have signed with Brentford Football Club,” Eriksen said in Monday’s social media video.

It will be a remarkable return to the English Premier League for Denmark’s playmaker, who has said he was essentially dead for five minutes after collapsing in the opening game of Euro 2020 against Finland.

The encouraging signing was the main announcement on the final day of the January transfer window in the Premier League, in which also Manchester City and Tottenham brought in internationals from South America, and Burnley recruited a much-needed striker in their bid to avoid descent.

However, it was Eriksen who grabbed the spotlight, having signed with Brentford until the end of the season to secure a return to England, where he played for Tottenham until joining Inter Milan two years ago and winning Serie A.

The West London club will feel right at home. Eriksen, 29, is reunited with Thomas Frank, the Brentford manager who coached him when he played for the Denmark Under-17s. He will also be the ninth Dane in the club’s squad.

“We have seized an incredible opportunity to bring a world-class player to Brentford,” said Frank.

“He hasn’t trained with a team for seven months, but he has worked a lot alone. He is fit but we will need him to be fit for the game and I look forward to seeing him work with the players and staff to get back to his highest level.”

Frank hopes Eriksen will provide a further boost for a team that is impressing in its first Premier League campaign, sitting eight points above the relegation zone with 15 games remaining.

“At his best, Christian has the ability to call football games,” Frank said.
“He can find the right passes and he is a goalscoring threat. He also has a very, very good shot from set pieces, both from a corner and from a direct free kick.

“He is a player that you can find with the ball, and he will find a solution to the problem in front of him.” Eriksen’s contract with Inter Milan was terminated by mutual agreement in December, as Italian regulations prevented him from playing with the implantable cardioverter defibrillator installed. He was recently training to get back in shape at Ajax, the Dutch club where he started his career.

Brentford said he would “respect Christian’s medical confidentiality” by not disclosing any more information beyond saying that he recently received coronavirus vaccinations that allow him to comply with the rules of entry to Britain.

Eriksen will fly to London this week but will not train immediately with Brentford.

Manchester City have another Argentine striker on their books.

Julián Álvarez has signed a five and a half year contract from River Plate, where he will remain on loan until at least July.

Álvarez could end up being the long-term replacement for City great Sergio Agüero, who left the club in the offseason after 10 years and has since retired.

“He is capable of operating in various attacking roles,” City director of football Txiki Begiristain said, “and we strongly believe he is one of the best young attacking players in South America.” Álvarez, 22, has played five times for Argentina and helped River win the national title last year, when he scored 26 goals in all competitions for club and country.

Tottenham reviewed the team on a busy deadline day.

There were two additions from Juventus with Uruguayan midfielder Rodrigo Bentancur on a contract until 2026 and Swedish winger Dejan Kulusevksi on an 18-month loan deal.

Four players were sacked, and Dele Alli left for Everton after seven years at Tottenham.

Tanguy Ndombele, who has been a disappointment since joining Tottenham from Lyon in 2019 for a club record €60m ($67m), has returned to the French club. Lyon have paid 1.42 million euros ($1.59 million) to get him on loan with the option of signing him permanently in June.

Bryan Gil, who has struggled with playing time since joining from Sevilla in the offseason, is back in Spain at Valencia until the end of the season. Giovani Lo Celso was also loaned to Villarreal.

the future of the armory

While Arsenal were busy trying to let striker Pierre-Emerick Aubameyang go to Barcelona, ​​the north London club closed a deal to sign Auston Trusty from the Colorado Rapids.

The 23-year-old defender was immediately loaned until July to the American club, also owned by Stan Kroenke.

Frank Lampard’s first signing as Everton manager was to bring in Donny van de Beek on loan from Manchester United.

The 24-year-old Dutch midfielder has made just four Premier League starts – none this season – since signing for United in 2020 from Ajax.

Newcastle signed defender Dan Burn from Brighton and fullback Matt Targett on loan from Aston Villa for the rest of the season.

It means five players moved to St. James’ Park in January at a cost of more than $120 million, as the club’s Saudi ownership made its presence felt in the first transfer window since gaining control of the northeastern club. in October.

Burnley signed Dutch striker Wout Weghorst to lead their attack after being forced to sell Chris Wood to rivals Newcastle two weeks ago.

Weghorst, who joins German side Wolfsburg, is a 6-foot-6 striker with aerial qualities that should suit Burnley, who often use a direct long-ball approach.

Wood left Burnley after Newcastle triggered the 25 million pound ($34.5 million) release clause in his contract. Burnley are in bottom place, three points behind penultimate Newcastle and four points from safety.