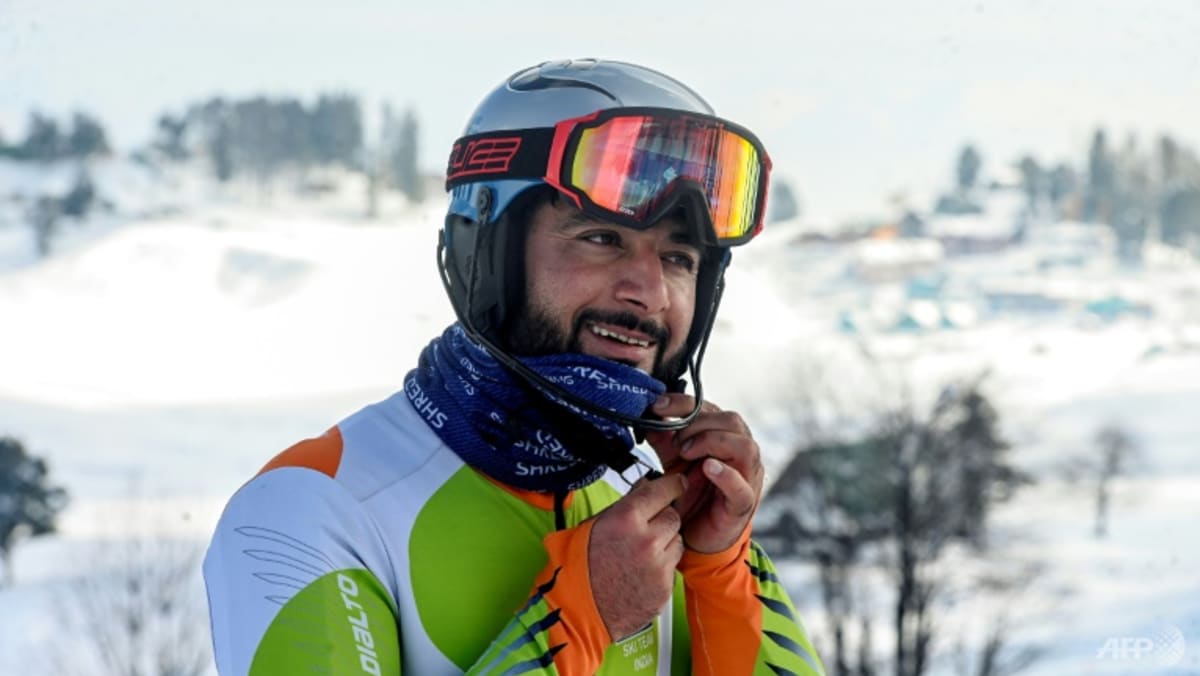 Conflict zone to slalom for India’s only Beijing Olympian


NEW DELHI: At the age of four, Arif Mohammad Khan put on skis for the first time, just a few kilometers from the Line of Control that divides the disputed and conflict-ridden region of Kashmir.

It was to be the start of a difficult journey that will culminate in him as the only athlete from India, a country of nearly 1.4 billion people, when the Beijing Winter Olympics kick off on Friday (February 4).

Skiing is in the family. Arif’s father runs a ski shop and tour company in Gulmarg, in Indian-administered Kashmir, one of the highest ski resorts in the world offering the opportunity to ski on fresh, deep snow.

It can only be reached by helicopter, and the views of the Himalayas are impressive.

But the Muslim-majority region has been divided between India and Pakistan since independence in 1947, with the nuclear-armed neighbors claiming it outright and fighting two of their three wars over it.

Pakistani-controlled territory is visible from the higher sections of Gulmarg, and the area has been the scene of violence in the past.

“There have been real difficulties during the long-running conflict and many other problems,” said Arif, 31.

“But if you have a dream and you want to live with your dream, nobody could really stop you,” he added, speaking from his training in Austria.

Arif showed early promise on the slopes, winning gold in his first appearance at the junior national championships at age 12.

Despite being home to some of the world’s tallest mountain range, winter sports barely figure among the sporting interests of cricket-obsessed India. The country has previously sent only 15 athletes to the Winter Games.

Typically below the money needed to travel, Arif’s training and competitive activities in Europe have been largely funded by friends and family.

And the conflict affects everyone who lives in Kashmir.

Rebel groups have battled Indian forces for more than three decades, demanding independence or merger with Pakistan, while Delhi accuses Islamabad of facilitating cross-border attacks on the territory, a charge it denies.

The insurgency broke out in 1989, there were at times shootings and deaths in what is now the slopes of Gulmarg, and for some 15 years tourism trickled down, hitting the Khan family’s business.