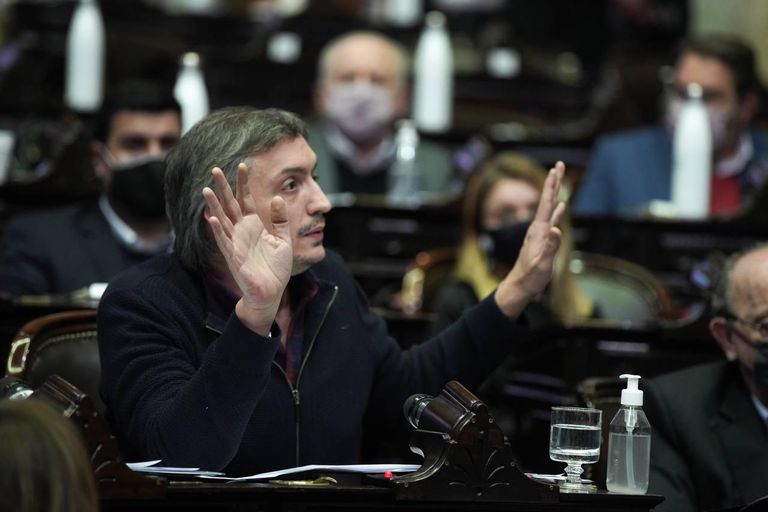 Confusion in the ruling bloc over the successor of Máximo Kirchner


Bewilderment and radio silence were the reactions that prevailed in the ruling bloc of the Chamber of Deputies, whose presidency was left headless behind the surprise resignation by Maximo Kirchner in rejection of the understanding between the Government of Alberto Fernandez and the International Monetary Fund (IMF).

In the midst of the political earthquake and still not knowing if it will have other aftershocks, with more resignations from La Cámpora in government positions and in the Senate, At the moment there were no candidates to succeed Cristina Kirchner’s son, although the President said tonight that “tomorrow” the new president of the caucus would be elected.

It sounded more like an attempt by the President to tone down the crisis, showing a quick turn of the page, than a decision made. For now, on the sand tables of the ruling party in the lower house there were no signs that the replacement could be carried out so quickly.

After the initial impact, the first reaction within the ruling party was to tone down the slamming of the leader of La Cámpora, attributing his resignation to the “nuances” that exist within the Frente de Todos.

The now former head of the ruling party would also have anticipated his decision to the president of the lower house, Sergio Massa, with whom he spoke several times before making his step aside public. The vice president of the Frente de Todos bloc, Cecilia Moreau, responds to Massa.

Without much certainty as to how the crisis would continue to unfold, the first measure adopted by the pro-government deputies, through communications and telephone chats, since the majority were in their provinces, was to keep silent and avoid pronouncements that could aggravate the controversy.

However, a group of national deputies, including Itai Hagman, Federico Fagioli Y Natalia Zarachotogether with the legislators Ophelia Fernandez (town) and Lucia Klug (province of Buenos Aires), issued a statement in which supported Máximo Kirchner’s decision and they made their own the “observations and criticisms” and the concern of the leader of La Cámpora regarding the agreement with the IMF. The group belongs to the Patria Grande front, which has among its leaders Juan Grabois.

This movement would explain the speculations that arose in some sectors of the ruling party, who read Kirchner’s gesture as a way of differentiating themselves and not voting for the understanding when it is dealt with by Congress. For those political powerhouses, the vice president’s son was “playing for free” with his decision, since the dozen deputies who could follow him in his rejection would not affect the approval of the agreement considering that it would have the support of Together for Change.