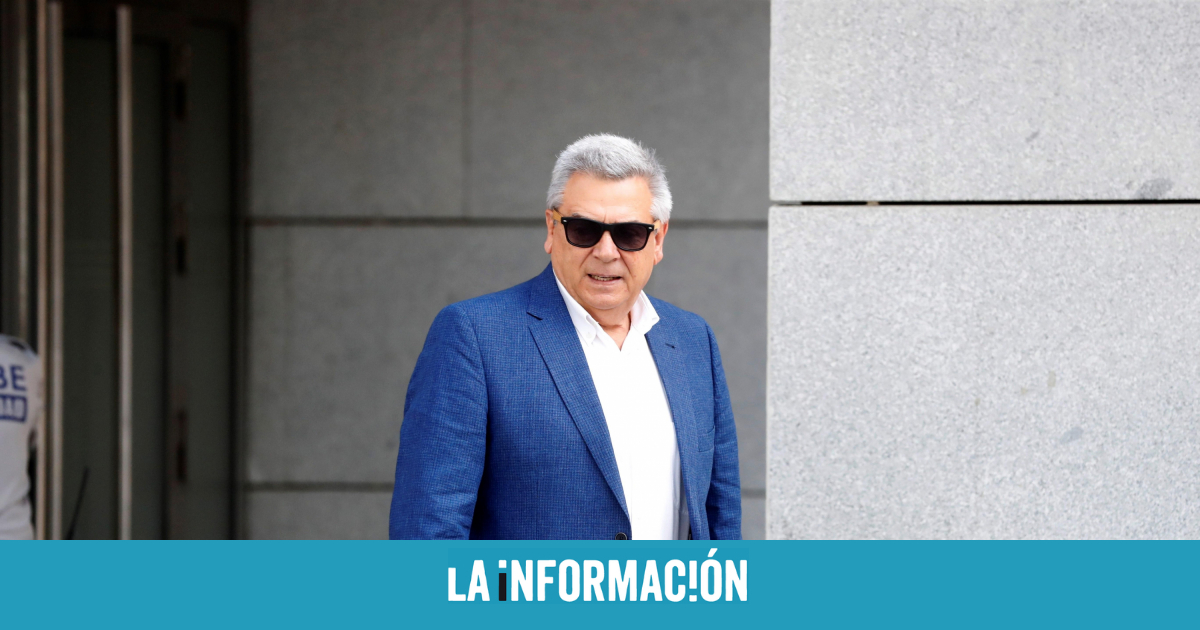 Corrochano demands BBVA invoices for Villarejo to prove his innocence


The former head of BBVA Security Julio Corrochano has taken advantage of the extension of the investigation regarding the hiring of the retired commissioner Jose Manuel Villarejo by the bank to remind the judge of the National High Court Manuel Garcia Castellon He still has evidence to collect. Just one day after agreed to extend this line of inquiry in the ‘Tándem’ case until July 29, the former manager, one of the main investigators, has demanded that the financial institution contribute the invoices that were paid between 2004 and 2017 to the Cenyt Group, the business network led by the undercover agent, to demonstrate that always complied with internal regulations.

This is a request that Corrochano reflected in a document presented to the owner of the Central Court of Instruction number 6 last October, in which he explained how and why it was decided to contract with the former police officer from 2004. A ‘confession’ that came after spending two years remaining silent -he refused to testify when he was charged- and that caused the investigating magistrate, at the request of the Anti-Corruption Prosecutor’s Office, will call you to testify in order to listen to all the statements set forth in said document and be able to assess the relevance of carrying out the proceedings that he requested. In this sense, on December 21, he appeared before the judge and He only answered the questions of his defense to ratify that the business relationship with Villarejo began in December 2004 after the former president of BBVA Francis Gonzalez commissioned him to find a company that could stop the takeover bid that Sacyr Vallehermoso.

The purpose of this letter was to make it clear that he did not profit from the spy’s work and for this he provided an expert report on the movements of his bank accounts that concluded that the origin of all the benefits he obtained during the years he worked for the bank were unrelated to the services provided by the former police officer. In this way, it justified that the income of more than 2 million euros It is derived from the collection of payroll and the sale of various properties, cars, and even a horse.

Likewise, Corrochano detailed the invoices that BBVA paid to Cenyt over 13 years, and for which more than 10.3 million euros were paid, to dispel any suspicion that he overrode internal controls from the bank to pay for the orders made to Villarejo. “In the hiring Mr. Julio Corrochano complied with bank regulations: did at the request of the president (Francisco Gonzalez), and with the consent and full information of your boss Mr. Ángel Cano, director responsible for the Bank’s Security, to whom transfer of the reports received from Sacyr, and with the knowledge of the bank’s Communication department, which was the one that transferred to Cenyt the specific object of the services that were requested“, Said his defense in writing sent to the judge in October, alluding to the first hiring of the retired commissioner in 2004.

In addition, he indicated that other services provided by Villarejo depended on other departments of the entity. Therefore, to clarify what was the real intervention of the BBVA Security department in this matter, whoever was responsible for it asked Judge García Castellón to require the bank to provide a series of documents related to the facts issued from 2004 to 2017. A request that Corrochano’s defense reiterates in a letter dated January 28, to which La Información has had access, after stating that the investigating magistrate “continues without ruling” on the admission of their requests for investigations “despite the fact that it has, however, provided and resolved requests” proposed by “many of the other parties involved in the proceeding” on dates subsequent to theirs.

Thus, among the battery of proceedings, Corrochano is interested in BBVA “Report on the number of financial invoices” issued during the 13 years that Cenyt was contracted, specifying the year and the specific department that took charge of them, as well as the “percentage” that corresponds to the Security department, in addition to indicating data relating to the cost center. Likewise, it reiterates the need for the bank to deliver a copy of the book published in 2016 on “Risks of Jihadism”, which was sent to all the countries where BBVA had a presence. The former head of Security explained in this regard, in his letter sent in October, that the invoice paid in December 2015 for the amount of 175,000 euros under the concept “Service of surveillance and personal protection of senior management of BBVA and facilities. Identification and evaluation of the jihadist threat to the BBVA group” included two services, one related to Ausbanc and the other with terrorist risk analysis. And in this last context, a report on “risk and criminality” of all the more than 30 countries in which the bank had interests, whose content was published in book and digital format.

With all this, to strengthen his defense, Corrochano insists that the judge put a date on the statement of the expert who analyzed his accounts, so that he can confirm in court that the former head of Security did not take advantage with the hiring of Villarejo. Finally, it also requests that they be summoned to testify as a witness five BBVA employees that were related to the billing and accounting of payments to Cenyt so that they corroborate that not all the invoices of the companies of the retired commissioner were borne by the Security department. In this way, Corrochano seeks to demonstrate that in some of them he only carried out “managements” to facilitate their processing, at the request of other areas such as Risk, which he then directed Antonio Bejar, another of the defendants who also try to prove that his intervention was not relevant for the payment of the work in question.