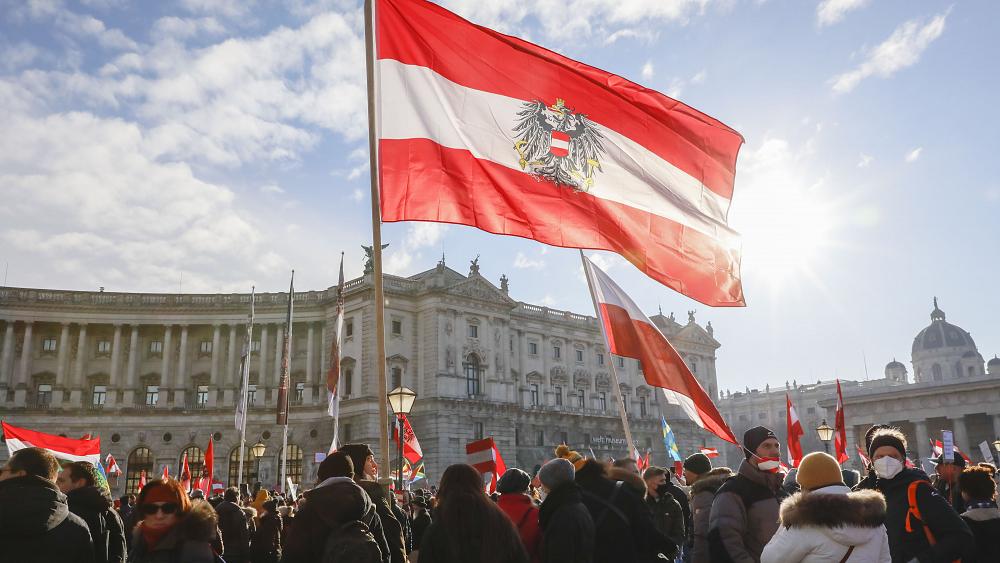 
Austria has become the first country in Europe to introduce a national COVID-19 vaccination mandate for adults.

Starting Tuesday, all citizens over the age of 18 will have to be fully vaccinated against the virus or face fines of up to €3,600.

Pregnant women and people who cannot be vaccinated for medical reasons, as well as people who have recovered from the infection in the last six months, will be exempt.

Meanwhile, unvaccinated citizens will no longer be barred from shops and restaurants in a phased-out of anti-COVID measures later this month.

Chancellor Karl Nehammer also announced on Saturday that lockdown restrictions on vaccinated people, which have been in place since November, will end on Monday.

The changes come despite record numbers of new infections in recent days, fueled by the omicron variant. But Nehammer said the low rate of hospitalizations means more progress is possible.

On Monday, the government confirmed that it would not meet the goal of administering at least one injection of the coronavirus vaccine to 80% of the population by the end of January.

Official statistics show that 75.8% of the population in Germany have received at least one vaccination, while 74% are fully vaccinated and 52.8% have also received a booster.

The target “has been lost,” government spokesman Steffen Hebestreit acknowledged at a regular news conference.

While the number of people receiving boosters has increased rapidly, the proportion of the population receiving the first injection has only increased in recent weeks.

Chancellor Olaf Scholz and Germany’s 16 state governors decided a week ago to maintain various restrictions in the face of rising infections, but not to expand them.

The daily count of new coronavirus infections in Russia rose to more than 121,000 on Sunday, an all-time high.

This represents an eight-fold increase compared to early January, when only around 15,000 new cases were recorded per day.

The state coronavirus task force also reported that 668 people died of COVID-19 the previous day, bringing the total number of coronavirus-related deaths in Russia to 330,728, by far the most in Europe.

Russia’s state statistics agency pushes the country’s death toll from the pandemic much higher, saying the number of virus-related deaths between April 2020 and October 2021 exceeded 625,000.

Despite the rise in infections, authorities have avoided imposing major restrictions, saying the country’s health system has been dealing with the influx of patients.

This week, health officials reduced the required isolation period for contact cases from 14 days to 7 days. Kremlin spokesman Dmitry Peskov reiterated to reporters on Monday that there were no discussions of a nationwide lockdown.

The head of the Orthodox Christian Church of Cyprus said he will suspend a dozen priests from his diocese because they refused to heed his call to be vaccinated against COVID-19.

Archbishop Chrystostomos II called their insubordination “unprecedented” and warned that the suspensions could extend to six months or lead to the expulsion of the priests.

He suggested that some of the unvaccinated priests may feel emboldened to challenge him due to their fragile health. The archbishop has expressed his support for vaccinations for all the faithful.

COVID-19 infections in Cyprus have remained high in recent weeks, but health authorities say the system is coping.