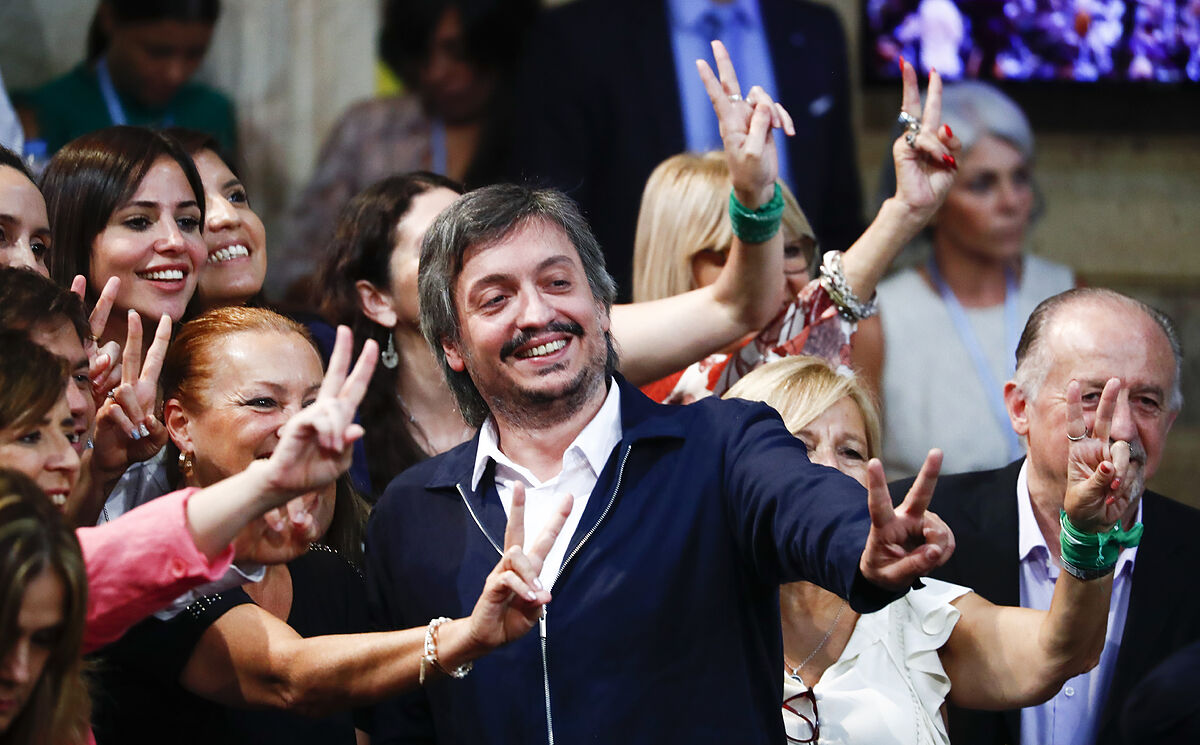 The toughest Kirchnerism today staged a resounding break with President Alberto Fernndez, with strong criticism of Argentina’s agreement with the International Monetary Fund (IMF). And the figurehead for criticism and unchecking was none other than Maximo Kirchner, spokesman for the Peronist group in the Chamber of Deputies and son of the vice president, Cristina Fernández de Kirchner.

“I have made the decision to not continue in charge of the presidency of the Frente de Todos bloc (Peronism),” said the son of the two-time president in a lengthy statement.

“This decision stems from not sharing the strategy used and much less the results obtained in the negotiation with the International Monetary Fund (IMF), carried out exclusively by the economic cabinet and the negotiating group that responds to and has the absolute confidence of the President of the Nation, to whom I never stopped telling my vision so as not to reach this result,” added Kirchner Jr.

According to Fernández told the C5N network, Kirchner called him on Monday to notify him of his resignation as head of the government’s parliamentary group.

“Today he called me and told me that he had made this decision. I told him that it was not necessary, he told me that he had spoken with Cristina and that she did not support his resignation. Cristina also has her nuances and her differences with the Fund. It is so, I know. But the president is me, and there is a point where I have to make the decisions and I have to figure it out. I am convinced that we are taking the best path,” assured the Argentine head of state, who said that what happened does not imply “a rupture.”

It is not clear if the resignation of Kirchner (son) is only the first of other hard kirchnerists, that already last year they rebelled against the president, spurred on by the vice president. The opposition, to which the government demands that it support the agreement with the IMF, which must be approved in Parliament, described Peronism as “irresponsible.”

“It is the first time that a Peronist president loses control of the (parliamentary) blocs,” he stressed. Mario Negri, Opposition spokesperson in the Chamber of Deputies. “Tomorrow, Alberto Fernández if it goes to Mosc just when there is an escalation with Ukraine that has the world on edge”.

Fernández and his economy minister, Martn Guzmn, They announced on Friday that they reached a principle of understanding with the IMF, to which the country owes 44.5 billion dollars from a loan obtained in 2018 by the government of Mauricio Macri. Since then, the hardest referents of Kirchnerism have not issued a word of support for the president’s decision. Until today, when Kirchner Jr. staged a clear rupture.

“Remain within the bloc to facilitate the task of the president and his environment. It is better to step aside so that, in this way, he can choose someone who believes in this program of the International Monetary Fund, not only immediately but also looking beyond December 10, 2023,” when the Fernndez government period ends, Kichner said.

Hours before the Fernndez government announced the principle of agreement with the IMF, the vice president launched harsh criticism of the Washington-based organization from Tegucigalpa, where she attended the inauguration of the president. Ximara Castro.

“It is curious that those who promoted the adjustment programs later say that drug trafficking must be fought, as if it could only be fought from the Ministry of Security and not from where it has to be fought. That people can access progress, if even the parties of 15 end up organizing the drug traffickers because the parents cannot give it to their children. Don’t they realize the horrible paradox that adjustment policies mean and their impact on daily life?” said Fernndez de Kirchner.

Fernndez starts a tour this Tuesday that will take him to see Vladimir Putin in Moscow and with Xi Jinping in Beijing, and pointed out that the agreement with the IMF was very timely: “All trade agreements, with Russia, with China and with others, were subject to an agreement with the Fund”.

The Argentine president said he was convinced that the agreement was a step essential to “preserve” the Argentine economy, the third from Latin America. “It is the best agreement that could be achieved with the Fund,” he emphasized.