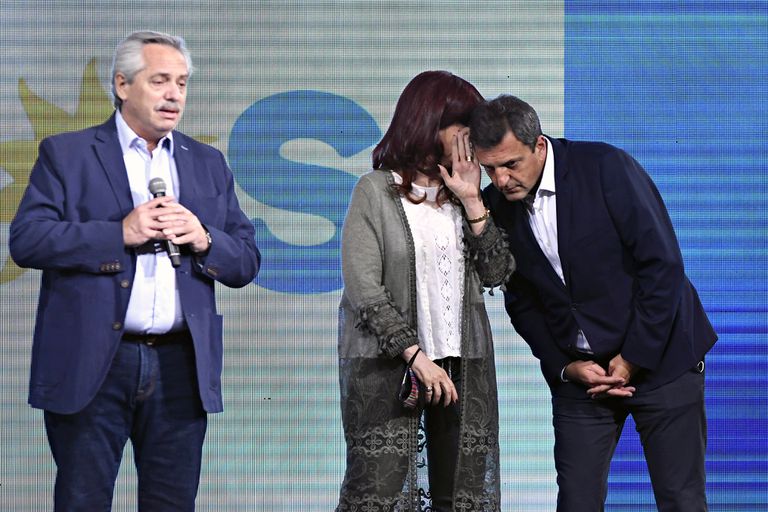 Despite the presidential endorsement, the attack against the Court will once again expose the differences in the Front of All


President Alberto Fernández supported today’s mobilization called by Kirchnerism to demand the resignation of the members of the Supreme Court. And he argued that “nobody should bother” about a “citizen expression”, despite the numerous rejections that the protest generated from different groups and the opposition.

“In a Rule of Law, each power is expressed by an instrument, the Judiciary is expressed in sentences, they are all acts of government, public and susceptible to being questioned,” said Fernández, without calling the march and ignoring that the The protest has among its axes the request for the resignation of the leadership of another state power.

Although disguised by the presidential endorsement, the attack against the Supreme Court will expose, once again, the internal divisions in the Frente de Todos. Hard Kirchnerism –with its most radicalized satellites such as Luis D’Elía, Hebe de Bonafini and Alicia Castro– It will be the great protagonist with the support of the CGT and part of the social movements, while Albertismo and Massismo will maintain a prudent distance. The mobilization will begin a few hours before the head of state begins his tour of Russia and China.

Fernández maintained the criticisms he launched against Horacio Rosatti, Carlos Rosenkrantz, Juan Carlos Maqueda and Ricardo Luis Lorenzetti in mid-December, when he announced that he would promote public debate to achieve “the best design of the Supreme Court of Justice of the Nation.” Beyond the public questioning, the truth is that after the electoral defeat the ruling party was left without firepower in Congress to advance with some modification without the endorsement of the opposition, something impossible a priori.

Only one player will leave the pre-established lane: Eduardo “Wado” of Pedro. The Minister of the Interior decided to remain absent on the matter due to his relationship with the Justice, a link in which he is included Geronimo Ustarroz, the representative of the Executive Power in the Judicial Council, foster brother of the minister.

The mobilization in front of the Palace of Courts will expose the interests of each of the terminals of power that make up the ruling party. It is that the Court has to resolve some cases that have Vice President Cristina Kirchner as the protagonist, among them the cases for the Future Dollar, the Memorandum with Iran and Hotesur-Los Sauces (in the last two it was dismissed without oral trial and they are for its review in the Chamber of Cassation).

In the same state are other former officials such as Julio De Vido, Roberto Baratta and the Kirchnerist businessman Lázaro Báez. as published THE NATION, in the Court they evaluate that this march promoted by the judge Juan Maria Ramos Padilla, the piquetero leader D’Elía and the trade unionist Paul Moyano under the slogan “Enough of injustice and lawfare”, is just the beginning of an attack that will target them in 2022 and that will have one of its peaks in the presidential speech on March 1, before the Legislative Assembly.

The demonstration is supported by the ministers of Justice, Martin Soria; of security, Hannibal Fernandez, and Territorial Development and Habitat, Jorge Ferraresi. In addition, the Vice Minister of Justice, Juan Martin Mena and the head of the Federal Intelligence Agency (AFI), Cristina Caamaño, among other officials.

“I will be there, it seems to me that it is important and generates a process of democratization of Justice. What is being seen is frightening. What was known about the judicial tables… I had to be part of the persecution of recent years, I have seen from the inside the issue of the case, “said Ferraresi.

And he added: “A Supreme Court today works with three members and one from home. That does not put a democratic value on Argentina, that is why it seems to me that we must accompany the great mobilization because many of us were harmed by those judicial tables. Cristina said it yesterday: before they were looking for soldiers and today they are looking for judges to get you out of the government.”

The former SIDE intervener also expressed her support for the march against the Supreme Court. “I agree with the mobilization of the 1F because the people are going to do it, the people to whom Justice always turns its back,” he considered during an interview with The Uncover Radio.

In the same line he spoke Hannibal Fernandez. “I agree that an alternative must be found… The Court without prestige is not a Court. An old non-Peronist Rosario constitutionalist Néstor Sagüés used to maintain that this power of the Republic has political power when it has respect from the other powers. And ultimately that today is not having it as one would like. We have to find a way out of this issue and anyone who can be used to solve it, the best will be,” the official said a few days ago.

In the guild sphere, the members of the Federal Current, led by the bank and pro-government deputy, also confirmed their presence at Tuesday’s march. Sergio Palazzo, as well as the legislator and leader of the Workers’ CTA, Hugo Yaski.