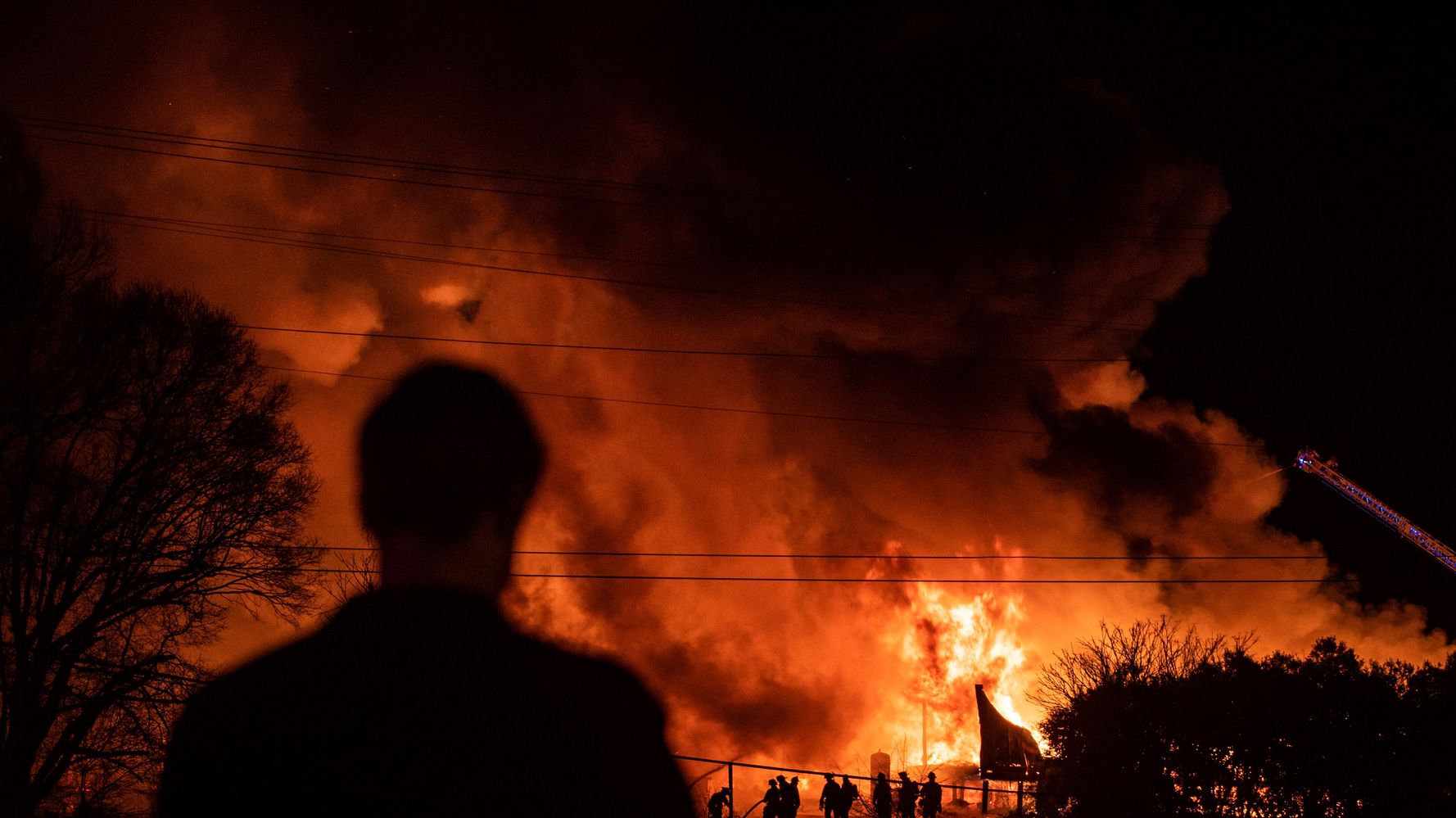 WINSTON-SALEM, NC (AP) — The city of Winston-Salem is asking people within a mile of a fertilizer plant fire to evacuate because of the possibility of a large explosion.

Firefighters say there is a possibility of a large ammonium nitrate explosion. Winston-Salem Fire Chief Trey Mayo says fire crews “abandoned” the firefighting operation due to the high volume of ammonium nitrate at the scene.

Firefighters were unable to flow a sufficient volume of water to be reasonably sure they could keep it cool enough to prevent a detonation. The cause of the fire is unknown.

“Don’t wait for something to happen. Something has happened. Now is the time to get out,” Mayo said on Twitter.

The building has also collapsed and access to the product in the building is restricted.

According to a news release from the Winston-Salem Police Department, the 4400 block of Cherry Street from North Point Boulevard to Indiana Avenue was closed as emergency crews responded to the fire around 8:20 p.m. and remains closed.

People who have evacuated should plan to be out of their homes for up to 48 hours.