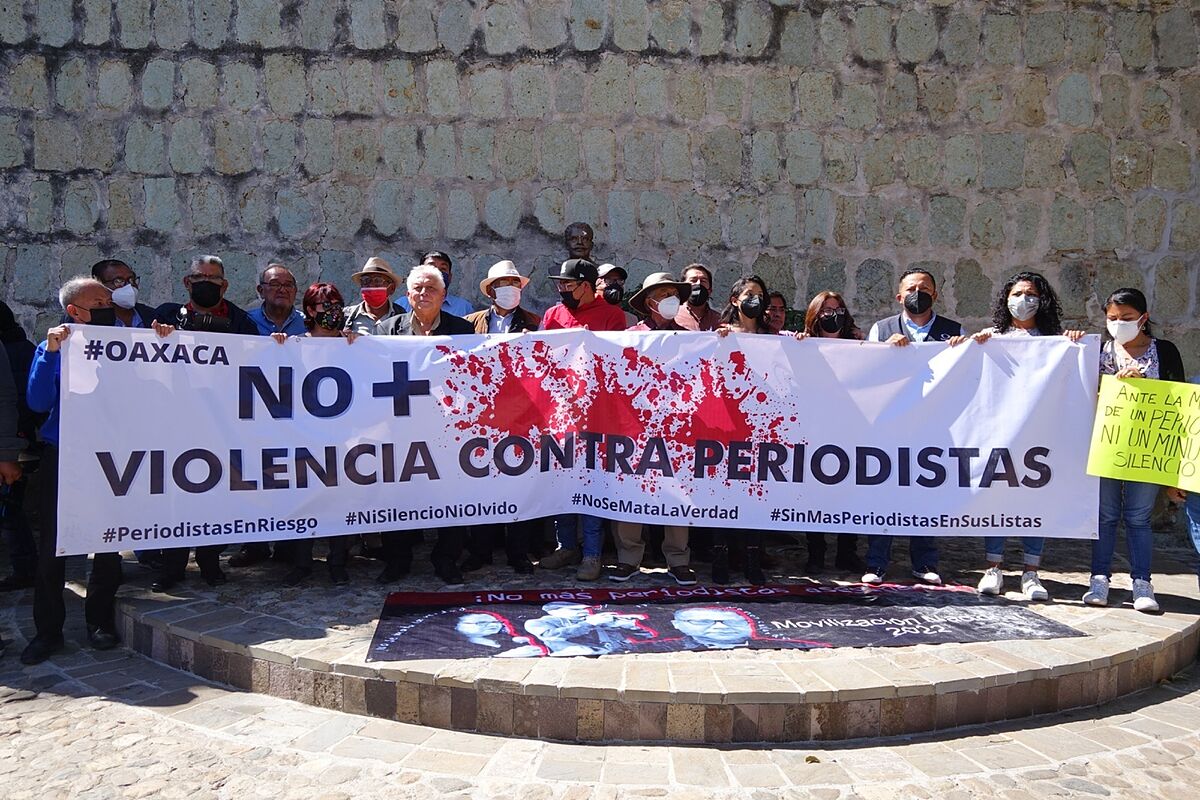 Fourth journalist murdered in Mexico in the last three weeks

Roberto Toledo, a communicator and analyst for Monitor Michoacn, had denounced threats before being riddled with bullets in the municipality of Zitcuaro

The 55-year-old journalist and lawyer, Robert Toledo, died this Monday in the municipality of Zitcuaro, becoming the fourth journalist killed in Mexico in the last 21 days. Three armed individuals surprised him in the parking lot of his office and shot him several times before fleeing. Toledo was still conscious when the emergency services arrived at the scene of the attack but, finally, he lost his life while being transferred to the hospital. As reported Armando Linares, director of ‘Monitor Michoacn’, Toledo had previously denounced death threats and was under the protection of the federal government.

“We are not armed, we have no weapons, our only defense is a pen and a pad. We regret this fact and condemn it, there are names, we know where it came from”, Linares assured in a video uploaded to social networks. Visibly moved, the director of ‘Monitor Michoacn’, a medium where Toledo frequently collaborated, has insisted that ” We are not going to leave things as they are. Today the threats are finally fulfilled, today our colleague lost his life at the hands of three people who came and shot him in a mean, cowardly manner.”

Through his publications in ‘Monitor Michoacn’, Toledo had denounced various plots of political corruption registered in Zitcuaro. Linares maintains that these investigations led to his murder, “exhibiting the corruption of corrupt governments, corrupt officials and politicians, led to the death of one of our colleagues.” The state of Michoacn, where the attack took place, is one of the hottest spots in all of Mexico, with 2,732 murders recorded in 2021. The war for control of the territory has turned this state in the interior of the country into the scene of bloody battles between Jalisco New Generation Cartel, La Familia Michoacana, The Knights Templar and various local self-defense groups.

Toledo’s death brings to four the number of Mexican journalists killed in the last three weeks: Jos Luis Gamboa, in Veracruz, on January 10; Margarito Esquivel, on January 17 and Lourdes Maldonado, on January 23, both in Tijuana. Amid harsh criticism for their lack of support for the guild, the government of Andres Manuel Lopez Obrador has shown its condemnation of this attack through the spokesman for the Presidency, Jess Ramrez: “We will work together with the state and municipal government to clarify the case; we will not allow impunity.”

In Mexico, only one in ten murders of journalists ends with those responsible behind bars, a circumstance that, as reported by organizations that defend freedom of expression, has become “in an invitation to continue killing”. According to ‘Article 19’, the Aztec country has established itself as one of the most dangerous places in the world to practice journalism, with 149 murders recorded since 2000, 29 of them during López Obrador’s term. The Mexican leader has become the center of criticism from the union for his lack of support for threatened journalists and his continuous attacks against those who criticize him from the big media.