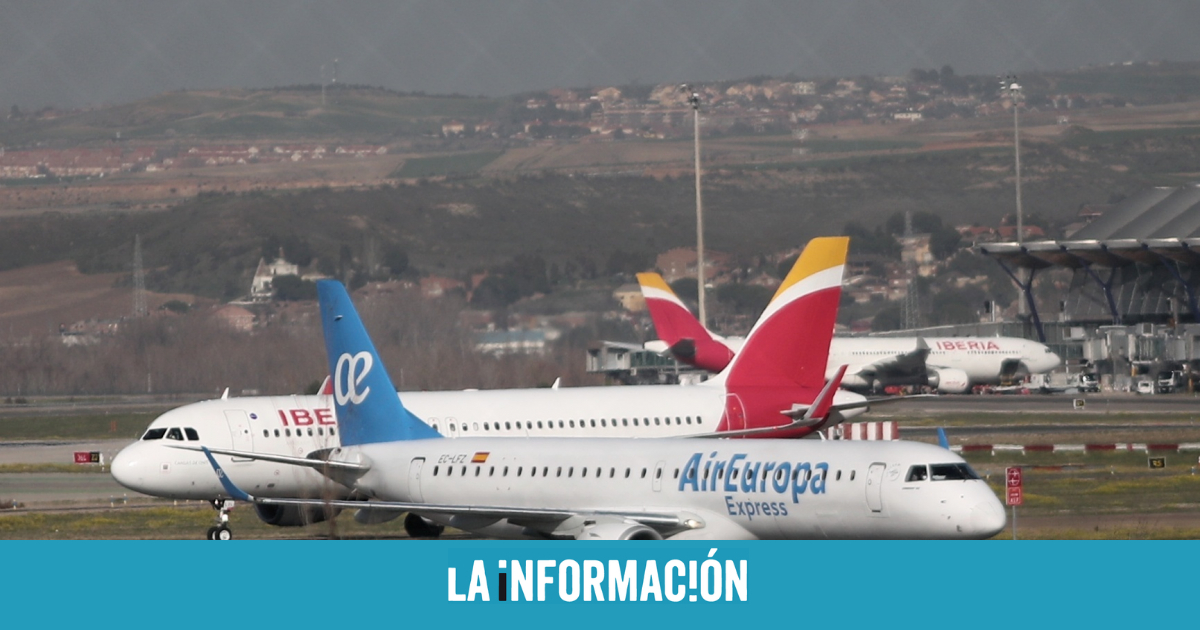 
Iberia and Air Europa maintain negotiations and will extend the talks at least throughout this week to finally reach a merger agreement between both companies, in a negotiation that has lasted two years. This could be a key week for the largest operation in the history of Spanish aviation to be closed once and for all. And it is that although yesterday, January 31, the term that both companies gave themselves to “explore different alternatives of shareholding structures to try to articulate this operation” Everything seems to indicate that the negotiations continue, according to Europa Press.

On December 16, IAG communicated to the National Securities Market Commission through a relevant fact, that it had agreed with Globalia to jointly terminate the agreement signed on November 4, 2019 and modified on January 20, 2021, according to which Iberia acquired the company Air Europa. But they gave themselves until the end of January to evaluate “alternatives and other structures that could be interesting for both companies.”

Sources close to the negotiation confirm that at this time “there is still talk”, estimating that “several more days will be necessary” for the IAG company and that of the Hidalgo family to reach a definitive agreement and successfully close such a strategic operation. for the future of air connectivity in Spain and the strengthening of the Madrid hub.

The president of Globalia and Air Europa, Juan José Hidalgo, has assured in recent days that there are no longer negotiations with Iberia and that he is willing to take the airline forward alone because he is not willing to sell your company “at any price”, the truth is that the management teams of both groups continue to work until the last minute in search of a satisfactory solution for both parties.

For now, IAG will pay Globalia 35 million euros in addition to the 40 initially agreed, as a sign of commitment to reach an agreement in the second phase of the negotiation and to also eliminate any pending claim related to the previous acquisition agreement. Both parties have agreed that these amounts will be deducted from the future purchase price, if a new commitment is reached.

And it is that the price together with the demands of the Competition authorities have been two of the main obstacles that has to overcome this complicated aeronautical link. The purchase was announced in November 2019, but the health crisis broke out and the collapse of air traffic caused a significant reduction in the initial price from 1,000 to 500 million. A figure that even now could be lower, according to the latest statements by Iberia managers.

Added to this are the demands of the Competition authorities (which seeks that the operation does not affect consumers and alter competition by sharing both companies routes to Latin America), and the Government, which after its injection of public money wants to take part in the negotiation does not even rule out entering the capital.

The government wants to be part

The Spanish Government assures that it wants to “be part” of the future viability of Air Europa “contributing to its future, to the solvency, prosperity and growth of this company in the coming years”, reiterating the strategic nature of the airline for the country. Just yesterday the First Vice President of the Government and Minister of Economic Affairs and Digital Transformation, Nadia Calviño, assured that the Government was still interested in “decidedly” supporting the solvency of this company, “strategic for Spain”.

“From the first moment, the Government has been part of the solution and part of the future viability of the company, and we are analyzing the different options available at this time,” clarified the Minister of Economic Affairs and Digital Transformation. The vice president explained that at the moment “conversations are taking place at different levels” and she hopes to find a solution that “allows us to promote a more prosperous and better future for the company”.

Calviño, who wanted to send “a message of calm” to all the company’s customers and suppliers, assured that there are several options open for the future of Air Europa and what the Government wants is to “be part” of the solution “contributing to that future, to the solvency, to the prosperity and growth of this company in the coming years.” And it is that the Spanish Government has a lot at stake, no less than 615 million euros that it has injected into the Globalia company through a loan backed by the ICO for an amount of 140 million and a rescue of 475 million authorized by the State Participation Company Industrial (SEPI).

In principle Globalia you do not have to return the money until 2024, but you have to resolve your situation before July 1, which is when the moratorium on companies with negative equity expires. The delicate situation of the Globalia airline, with a high debt (close to 800 million), losses from last year (428 million euros) and the public money it owes (more than 600 million), could require a new injection of at least 200 million for avoid pre-contest when the moratorium decreed by the Government expires.

The truth is that the audit of accounts of 2020 revealed that due to the “high degree of exposure of the sector” and its treasury problems, there was “a material uncertainty that may cast significant doubt on the company’s ability to continue as a going concern.” Currently the company’s debts and high losses are such that it could be headed for bankruptcy. if you cannot resolve this situation before June, when the exemption from declaring insolvency proceedings ends.

And furthermore, the evolution of the pandemic does not herald a rosy future in the short term. “High fuel prices and low levels of air traffic, in a context in which pandemic-related restrictions remain in place, continue to put pressure on the finances of airlines, especially small and medium-sized airlines in Europe, where competition remains fierce,” said Azza Chammem, an analyst at Scope Ratings.