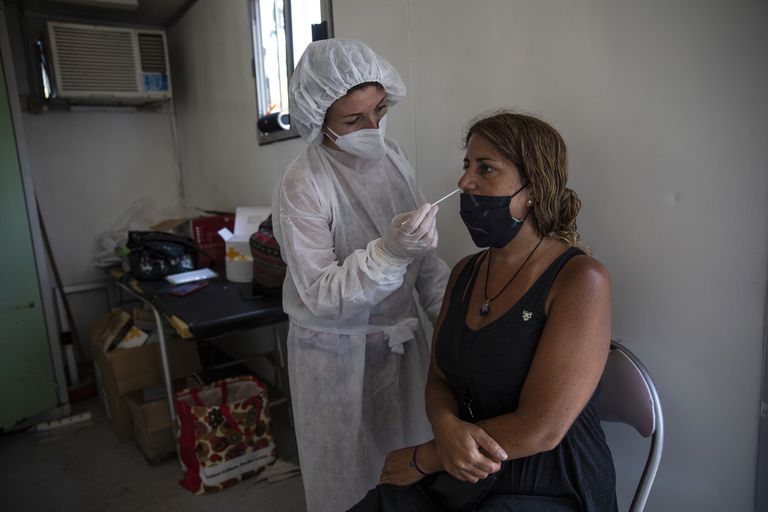 Is it possible to get Covid again in just two weeks? Hernán Bertol, 32, traveled to Uruguay in early January. He entered that country with a negative PCR and when he arrived at the house to which he was invited, he contracted coronavirus. Two weeks later, already recovered from that Covid picture, Bertol began to feel the same symptoms again. Is it possible that it was reinfected in just 15 days?

According to specialists consulted by THE NATION, although there are possibilities of being infected again in such a short period of time, the most likely, they indicate, is that Bertol has suffered an “exacerbation” of the symptoms. The Covid-19 reinfections are expected even if you have the complete vaccination schedule, but this established that after the disease the possibility of recontagion in the first three months is very low.

“On January 3, I went to Uruguay with a negative PCR. When I arrived at the house in Punta del Este I found out that everyone who was there had been infected. Obviously after three days I started with the symptoms. I had three days of fever, dry cough and tiredness. I was locked up for a week until the PCR gave me negative and I was able to return. Then on the weekend of January 21st I went to Mar del Plata and on Tuesday the 25th I started to feel bad again. I had a fever and a dry cough but I didn’t swab again, I took it for granted that I had Covid, ”recalls Bertol.

Ricardo Teijeiro, a member of the Argentine Society of Infectious Diseases (SADI), warns that in order to determine whether or not there was a reinfection in such a short time, it would be necessary to carry out genomic sequencing of both samples to determine if the person contracted two different variants. But he adds that cases like Bertol’s are seen with “some frequency.”

“We are seeing it with some frequency during this wave. But it is difficult to determine if it is an exacerbation of the initial process or if it is a reinfection with another variant. The good thing is that in these cases they usually evolve well and after four days the person is already recovered. In any case, in these cases it is most likely to be an exacerbation of the first picture”, says the specialist.

Martín Hojman, infectious disease doctor at Rivadavia Hospital and coordinator of the Infectology Network of the city of Buenos Aires, explains that with the omicron variant, cases of possible reinfections are being seen. One of the hypotheses is that this variant does not generate a sufficient antibody response to prevent the organism from becoming infected again.

“These cases of potential reinfections are being seen quite often. As in Argentina we do not have much information on the genotyping of the variants, each case would have to be analyzed. But in general, what we see is people who have symptoms again, swab themselves and test positive after a few weeks. Likewise, it will be necessary to determine if it is not a Long Covid, that is, that particles of the previous infection still persist and that is why it gives a positive test, ”says Hojman.

The specialist adds: “In any case, there are already publications from the scientific community on this subject and reinfections are indeed detected after a short time, it is not something anecdotal or isolated. The theory is that the omicron variant, in some cases, may not generate a sufficient immune response against itself. Then there could be a possibility of re-infection.”

However, Hojman also warns that the symptoms of the infection could go away and come back without the person being infected again. “Symptoms may return. Because in addition the symptoms are subjective, they are sensations. We see people who are cured and then start with the symptoms back. In the event that you doubt if you have Covid, if you take the test and it is positive, you have to isolate yourself again, ”says Hojman.

For his part, Carlos Luna, professor at the Department of Medicine specializing in Pneumonology at the University of Buenos Aires (UBA) and consultant for the Pneumonology service at the Hospital de Clínicas Médicas José de San Martín, explains that a case of reinfection can occur after two or three weeks , but clarifies that it is highly unlikely.

“It is described, it can happen. There may be a reinfection in a short time, but it is very unlikely. The cases must be analyzed, it is possible that the person may feel symptoms again, swab and test positive, when in reality they never became negative and what are detected are virus particles that no longer infect or spread, that is why I say that there would be to analyze in depth all the cases”, explains Luna.