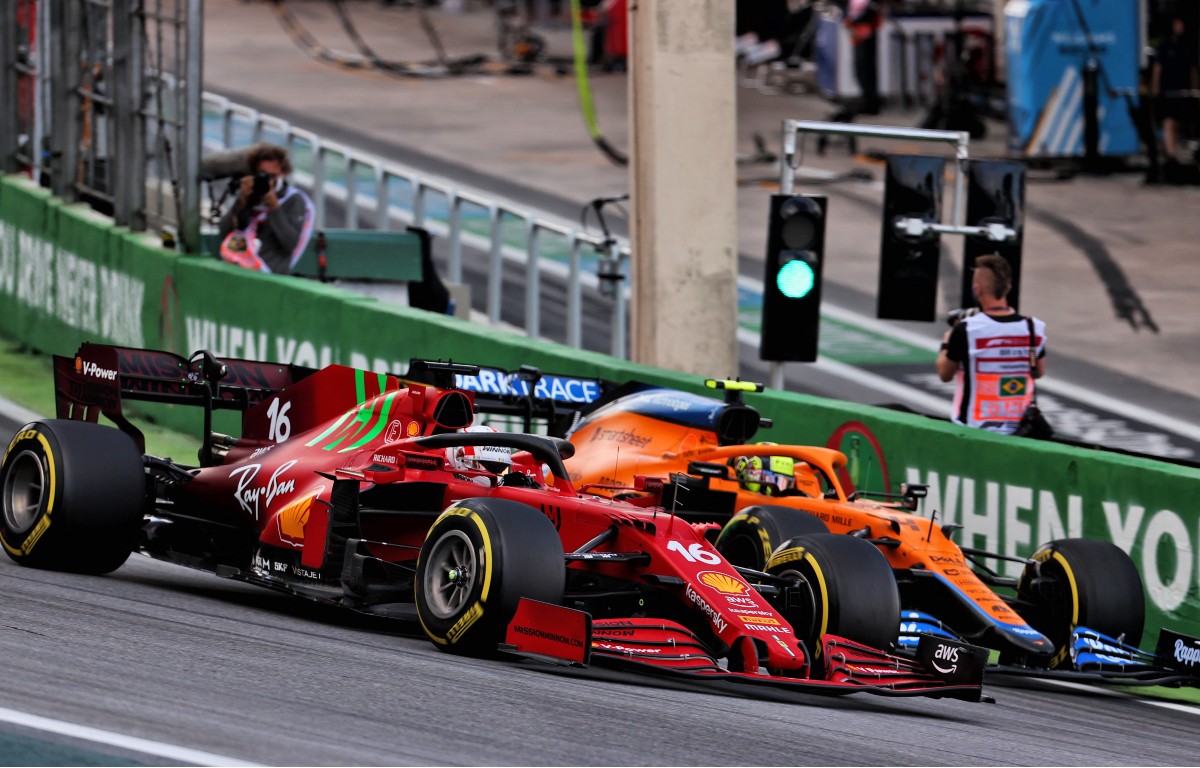 
After a mistake-plagued 2020 season, one that featured too many strategic mistakes, Laurent Mekies says Ferrari’s falling out with McLaren last season “sharpened” the Scuderia.

The 2020 season was arguably Ferrari’s worst in decades, the Italian outfit slipping to sixth in the Constructors’ Championship as drivers failed to win.

And while the latest stat didn’t change in 2021, ferrari again failing to make it to the top step of the podium, it was a better performance overall.

Carlos Sainz finished fifth in the Drivers’ Championship with four podium finishes, while teammate Charles Leclerc claimed one on his way to seventh place.

Ending the championship on a run of seven double points, Ferrari secured third place at the penultimate round in Saudi Arabia.

It was a solid upgrade for the team and sporting director Laurent Mekies hopes it will help them in the battles to come.

Asked if his season-long feud with McLaren had ‘sharpened’ Ferrari, Mekies said: “I think so. At the beginning, we started the season with the McLaren a little faster than us in more situations.

“They opened a good gap in the championship and then in parallel we were in that unique situation, certainly for Ferrari, where there is no development from the start.

“Really, certainly on the track and also in Maranello, support-wise, we really focused on how we could use that year to get sharper and develop as a race team and develop our tools and so on.

“So yeah, it became our World Championship last year. It is a very good team to fight against. They had some fantastic moments. They won Monza. They could have won Sochi.

“They are very, very competitive. They are also in a very good dynamic, so it was a good challenge.”

His fight with McLaren also forced Ferrari to toughen up when it came to strategic decisions from the pit wall.

While that wasn’t one of its highlights in 2020, the team made too many strategic mistakes, 2021 was a better year.

However, there were still several issues with his pit stops, another area Ferrari had to work on.

“Yeah, it was a challenge where you needed to make fewer mistakes than them,” Mekies added to GPFans.

“You need to collect more of these little skins if you want to beat them. So ultimately it was the same thing that is happening with the top two positions.

“It’s the same dynamic. Lost points cost you the same. So it was good training for the team.”