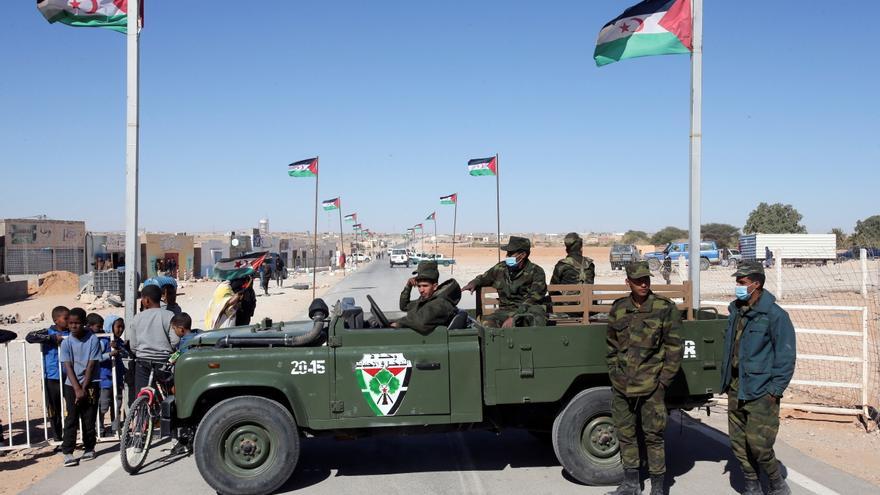 
The Moroccan drones have become the new protagonists in the struggle between Morocco and the Polisario Front at Occidental Sahara. Since the breakdown of the ceasefire in November 2020, 25 Saharawi soldiers have died, as confirmed to EL PERIÓDICO by the Ministry of Defense of the Saharawi Arab Republic in Tindouf (Algeria), most of them due to drone attacks by the Moroccan Army. According to the same source, 11 civilians have also been killed in the last year. Figures that the Moroccan Government has never confirmed.

One of the last attacks with an unmanned aircraft occurred on January 16. Four Polisario soldiers died and two were wounded. The media in Morocco also echoed and according to a Moroccan military source quoted by the newspaper It closes the fighters “were preparing a attack on a Royal Armed Forces position near the security wall at the height of the town of Mahbes”. Although according to the Saharawis, the attack took place further south.

“Unlike the war of the 1980s, the factor that is marking the current war is the use of drones by Morocco,” explains a source close to the Polisario. It also defends that since the breaking of the ceasefire and the declaration of war by the Polisario, “the harassment operations are produced on a daily basis along the Moroccan wall, especially in the northern area, in Mahbes”, relates the same source.

One of the episodes that caused the greatest repercussion was the death of Adaj el Bendir, head of the National Guard of the Polisario Front in April last year. According to an official statement from the Saharawi organization, the high military official was killed in an air attack when he was in the north of the former Spanish colony, an area controlled by the Polisario.

According to information from the Moroccan media Le Desk, Adaj el Bendir was killed in a “combined mission carried out by a Harfang drone, israeli design, which aimed at the target with a laser rangefinder and allowed a Royal Air Force (RAF) fighter aircraft execute long range attack with one or several air-to-surface missile shots”.

“The modernization that is taking place in the Moroccan Army allows them to have technological capabilities far superior to those of any other force in the area, especially in the case of the latest generation drones,” says Diego Crescente, director of the Institute Security and Culture in Spain. The expert reports that “this is the most disturbing aspect in the military context in Western Sahara”.

For Crescente, this territory is an “ideal setting for the use of the two main characteristics of military drones: exploration and neutralization of insurgent elements”. In addition, he remarks that “the absence of an air force capable of disputing Morocco’s control of the airspace allows the drones to exploit all their capabilities.”

According to this expert, Morocco’s latest acquisition is six ‘Bayraktar TB2’ drones from Turkey. “These are drones with MALE capabilities that allow them to fly at medium and high altitudes,” he explains. In addition, it relates that these same drone models “jumped into the public arena during the 2020 conflict in Upper Karabakh, where they were shown very effective against defense systems and high-value tactical targets.

This conflict has become above all a war for the story. Currently there are no independent sources on the ground that can contrast the official information released by both parties

This propaganda war has revealed two opposing communication strategies. From the refugee camps of Tindouf (Algeria), where the Polisario has its base, they try to make the most noise about everything that happens in Western Sahara and they speak daily of “war”. In Rabat, his attitude is to make the least noise about what happens in “the southern provinces”, as Morocco calls the former Spanish colony. Rabat has always avoided the word “conflict” and has neither confirmed nor denied that fighting is taking place.